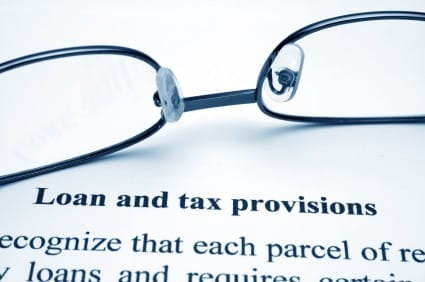 In the simplest of terms, a policy loan is an advancement of money that the policyholder must pay back under the terms of the policy. It is unlike a typical loan, where a creditor loans money to the debtor with the agreement that the money will be paid back, plus interest.

Thus, a creditor-debtor relationship between the insurer and the policy owner is not formed.

Before the passage of the TRA ’86, interest due on loans to finance these types of life insurance policies, sold after March 1, 1954, was not tax deductible.

Under the Internal Revenue Code Section 264(a)(3):

“A deduction is denied for interest paid on an indebtedness incurred or continued to purchase or carry a life insurance, endowment, or annuity contract…pursuant to a plan of purchase which contemplates the systematic direct or indirect borrowing of part of or all the increases in the cash value or such contract either from the insurer or otherwise.”

This rule – also referred to as the plan-of-purchase rule – applies to contracts issued between August 6, 1963 and the implementation of the TRA ’86, which contain four exceptions.

If a financial plan met at least one of these exceptions, interest was deductible.

A simplified explanation of these four expectations is listed below. For more detailed information, check the full version of the Internal Revenue Code here.

This provides that interest on a financial plan is tax deductible if less than four of the first seven annual premiums of a policy is paid through borrowing, either from the policy or elsewhere. If a substantial increase in borrowing occurs, a new seven-year period begins.

If borrowing in any year exceeds the premium for that year, the excess is considered to be borrowing an amount used to finance the previous year’s premium, then this rule is violated, regardless of when the borrowing occurred during the period.

Once the seven years have passed, it appears that borrowing beyond that period could be at any level.

The interest deduction will be allowed for any taxable year in which the interest in connection with any systematic plan of borrowing does not exceed $100. Where such interest exceeds $100, the entire amount of interest is nondeductible under Revenue Code Section 264(a)(3).

If the indebtedness incurred in connection with the tax from the taxpayer’s trade or business, the interest deduction will not be denied.

Thus, if an insurance policy is pledged as part of the collateral for a loan, the interest deductions will come within this exception if the taxpayer can show that the amounts borrowed were actually used to finance the expansion of inventory or other similar business needs.

Note: This information is based on certain life insurance policy, tax, and legal assumptions, but it not meant as legal or tax advice and is, also, subject to change. Only your attorney, accountant, or other tax professional can give you such advice.