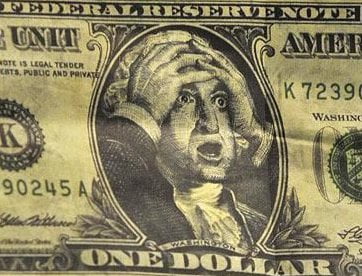 Life insurance is a key element of a well thought out financial plan when you’re considering your family’s financial future. The steps you take now could prove crucial to the ongoing financial stability of your family should you die, so avoiding common mistakes becomes a cornerstone to building for the long haul.

Here are some elemental mistakes people make when buying life insurance coverage and how you should avoid them:

“Some people say, ‘I make $50,000 a year so if I buy $250,000 in life insurance that should be enough for the family’,” says Marvin Feldman, president and CEO of The LIFE Foundation. “But what do they do after five years if there is no way to replace your income?”

Feldman, the head of the nonprofit organization dedicated to helping consumers make smart insurance decisions says, he recommends individuals purchase 15 times their income in insurance if their children are young. When policyholders reach their 50s and their kids are grown, they may need 10 times their income, with the percentage decreasing as they age.

Brian Ashe, treasurer of the LIFE Foundation’s board of directors, says people shouldn’t decrease the amount too much because people are living longer and that policy may need to stretch for quite a few years. He recommends keeping your life insurance policy as long as you live, saying some companies offer universal life to age 100.

“Research shows one of two 62-year-olds will live to age 92. That’s 30 years of no more earnings or pay, yet you’ll need to pay for food, healthcare and other expenses,” said Ashe.

Experts say people will generally need 70 percent of their working income once they retire, provided their mortgage is paid off and they don’t incur any major expenses.

Feldman says some people believe if they receive life insurance through work, they don’t need to purchase any on their own. But he points out policies purchased through an employer are usually only for one to two times your income and are terminated if you leave the company.

“This policy is just one piece of the formula,” said Feldman. “Most people still need to purchase either term or whole life policies on their own, depending on their finances and long-term goals.”

Term insurance is less costly but only pays if you die within the term of the policy. Whole life policies average a four to five percent rate of return and have a cash value component that can be used to save up for tuition costs or retirement.

Some policies provide an investment as well as life/death benefits, says Jim Miles, a life actuary in Indianapolis and consultant with the Society of Actuaries.

“This can get complicated. If you don’t understand investments or how these policies work, don’t buy this type of policy,” said Miles.

He says term insurance is the easiest to understand but adds even the provisions of some term life insurance can be complicated.  Miles recommends choosing an agent who can explain the policy thoroughly, so you fully understand its terms and conditions and what you receive in return.

Feldman says you need to be specific about who will be beneficiaries of your policy. “Did you include adopted children, too?” He asks.  Also, if you had another child after taking out the policy, be sure to add that child as a beneficiary.

Ashe says one mistake he sees frequently is people get divorced and remarry and forget to change the beneficiary to the new spouse. The result? The last person you may want to see get your money, will.

If you buy a policy when you become engaged and name your fiancée or fiancé as an intended spouse, be sure to take their name off if the marriage never takes place and you no longer want that person as a beneficiary.

Miles says some people get caught up with the investment aspect and other types of insurance—such as accidental death and dismemberment—and don’t buy enough death benefit.

“You need to think of buying life insurance as a total package, not individual pieces,” said Miles.

Mistake 6: Failure to have a will or trust

Your will or trust details who, when and how the beneficiaries receive the proceeds, and is especially important if your minor children are included as beneficiaries.

Ashe says minor children can’t access the proceeds of an insurance policy unless a guardian has been appointed. And typically, the guardian will be named in the person’s will. The guardian has a fiduciary duty to the child and must prove to the court that he or she is acting properly for the child when dispensing money.

“If you didn’t name the guardian in your will, the state will…” said Ashe. “The person chosen may not necessarily be the person you would want.”

Mistake 7: Failure to insure your kids through a child rider or a children’s policy

Ashe advises parents to buy life insurance for their children, provided they already have life insurance for themselves in place. He says children are generally healthier and can get coverage at a significantly lower cost.  Also, many companies have a guaranteed insurability option where the child, when older, can buy additional insurance regardless of their health.

“This could be more important than you may think. A doctor said 20 percent to 30 percent of pre-teens today are candidates to be diabetic or heart patients in their early 20s because of obesity,” said Ashe. “These children may never qualify for standard life insurance rates again.”

Mistake 8: Failure to understand that an accidental death policy does have value

Accidental death is a traditional life insurance policy that pays additional benefits, sometimes double, if the death of the policyholder was an accident.  Accidental death and dismemberment policies provide income to your family for disabling injuries that are not fatal, including loss of limbs or eyesight.  According to the National Highway Traffic Safety Administration, there were 10.8 million motor vehicle accidents in 2009. They also reported that 35.9 million people died within one year of being involved in a vehicle accident that year.

Mistake 9: Failure to know that in most cases an Accelerated Death Benefit is a FREE rider added on to your life insurance policy

This rider helps terminally ill people pay their expenses before they die.  However, you have to add the rider when you first purchase the policy, and if you invoke the privilege then it accrues interest that is immediately taken out of the final death benefit.  According to the Illinois Department of Insurance, this option usually pays 50 to 80 percent of the policy’s face value and can be paid in a lump sum or monthly payments.

Mistake 10: Failure to realize as a young adult that you are not infallible and should have a life insurance policy

Accidents can happen at any time, and according to Ashe, they are probably more likely to happen to young people than the older generation. You can die from an accident while driving a car, riding a bicycle, skiing or just walking across a busy street.  Young adults in their 20s and 30s aren’t immune to several forms of cancer, diabetes, heart disease and other illnesses that could lead to death. Drug and alcohol overdoses also are more likely to happen to young adults.

“You want to buy life insurance when you’re young and healthy. Life insurance rates are lower. In fact, they’ve gone down 60 percent from 30 years ago,” said Ashe. “If you want until you’re dying, no one will sell it to you.”

Mistake 11: Failure to inform beneficiaries that you have a insurance policy and where it is

Perhaps it’s paranoia, or maybe the policyholder wants to present a beloved family member with a postmortem surprise gift. Whatever the reason, this mistake leads to tens of thousands of life insurance policies worth millions, perhaps even billions, sitting in every state’s unclaimed properties division. West Virginia alone is holding 35,000 life insurance policies with a total value of about $8.8 million, according to Carolyn Atkinson, the state’s deputy director for Unclaimed Property and president of the National Association of Unclaimed Property Administrators.

“People may not know grandfather or father or mother took out a policy and named them as beneficiary,” said Atkinson.

Luckily, Atkinson says about 77 percent of all unclaimed property and money is eventually paid out in West Virginia, whether by people going to their website or their investigators tracking down the intended recipients. To make sure this doesn’t happen to your heirs, insurers recommend placing insurance papers with other important documents and including the policy in your will.