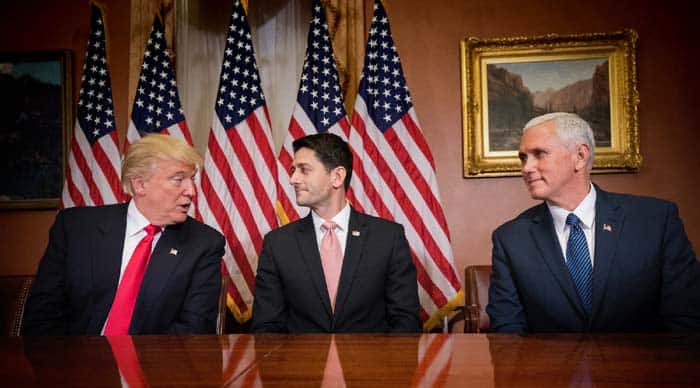 The continuous coverage penalty for people who choose not to purchase health insurance under the Affordable Care Act is one of the most reviled aspects of the law, so Republicans are eager to repeal it. However, the penalty, known as the individual mandate, serves an important purpose: it pushes healthy people into insurance markets, where their premiums help pay for the cost of sick people’s care. As a result, Republican lawmakers have had to come up with an alternative.

The Republican approach is known as a “continuous coverage” penalty. It raises premiums for people who buy insurance after going 63 days without a policy in the previous 12 months. Their premiums would rise by 30%, with the surcharge lasting a year. While the ACA imposes a fine for each year people do not purchase insurance, the GOP plan would penalize those who decide to buy it after being out of the market.

There is a lot at stake. If this approach fails to persuade enough healthy people to purchase insurance, rates for everyone else in the insurance pool will rise, undermining President Donald Trump’s and Republican leaders’ promises to make their Obamacare replacement more affordable. According to the nonpartisan Congressional Budget Office, repealing the individual mandate and replacing it with a continuous coverage surcharge will result in millions fewer people purchasing insurance.

Why do people let their insurance expire?

Some, like Sheila Swartz, simply cannot afford the premiums. She and her husband, Don, who has a heart condition, cancelled their policy in December after learning that monthly premiums would rise by $140 to $530. “You can’t get blood out of a turnip,” Swartz, a house cleaner who lives outside Nashville, Tennessee, said. “You can’t afford that premium if you can’t afford it.”

Others stop paying premiums when they lose their jobs or face unexpected expenses in other areas, such as major home or car repairs. “If you have to choose between paying rent and paying for health insurance, you’re probably not going to choose health insurance,” said Bruce Jugan, a Montebello, Calif.-based health insurance broker.

Some people try to game the system by going without insurance until they get sick or realize they need expensive medical care, such as for maternity or elective surgery.

Both the Affordable Care Act and the GOP proposal include a deterrent by restricting people’s ability to enroll whenever they want. People must wait for annual enrollment periods, which are typically held in the final weeks of the year, which means that some people may have to wait months before receiving coverage. (People can still get insurance during special enrollment periods if they lose their job, divorce, or experience another major life change.)

How severe is the GOP penalty in comparison to the individual mandate?

According to the Internal Revenue Service, the average individual mandate penalty under the ACA in 2015 was $442. The GOP penalty would vary depending on premium costs, but it would be more expensive than paying the mandate’s penalty. The GOP surcharge would cost an additional $1,298 to a 40-year-old with annual premiums of $4,328.

“It has teeth,” said Cheryl Damberg, an economist with the Rand Corporation. “In some ways, it’s a harsher penalty, and it will disproportionately affect those who can least afford it.”

Seth Chandler, a law professor at the University of Houston Law Center who has criticized the Affordable Care Act’s insurance markets, is skeptical that the GOP surcharge will compel people to enroll. “I am concerned that Republicans are succumbing to the same softness of heart that Democrats succumbed to when they established the individual mandate [fine],” he said. “If you start seeing insurance companies object or drop out of the markets, that’s a sign that something is wrong.”

The penalty, according to two conservative economists at the American Enterprise Institute, is “far too small” to be effective. “Healthy consumers are more likely to take risks,” they wrote. “With the individual mandate repealed and the ACA’s insurance rules retained, the overall effect would be significant market turbulence beginning immediately in 2017.”

According to the CBO, there will be a brief increase in the number of people with insurance in 2018, as approximately 1 million people purchase coverage to avoid the surcharge. However, in most subsequent years, approximately 2 million fewer people would purchase policies, either due to the surcharge or the requirement that they provide documentation proving they had been insured. According to the CBO, healthy people are more likely to avoid purchasing policies.

The plan is similar to Medicare’s late enrollment penalty, which is applied to premiums for people who do not sign up when they reach the age of 65. Former Rhode Island health insurance commissioner Christopher Koller, however, doubts the GOP penalty would be as effective. “Medicare is an entitlement with the force of government behind it,” said Koller, now president of the Milbank Memorial Fund, a New York-based foundation dedicated to population health. “As you get closer to that age, you get a lot of notices about what your obligations are.”

What about those who cannot afford the premiums?

Unlike the individual mandate, which allowed people to avoid paying a penalty if premiums would have consumed too much of their income, the GOP surcharge contains no hardship exemptions (8.16 percent in 2017).

According to the IRS, 5.6 million people paid the individual mandate penalty in 2015, but another 11 million claimed a hardship exemption.

Experts predict that under the GOP plan, lower-income people will have even more difficulty obtaining – and maintaining – coverage. The ACA’s premium subsidies are income-based, and millions of people on the poorer end of the spectrum pay no premiums if they choose the cheapest plan. The GOP plan would provide a flat tax credit that would only be adjusted for age. The penalties would make some people even more hesitant to purchase insurance, especially if they are in good health.

Republicans argue that their plan correctly places responsibility on individuals. Some health insurance brokers, such as Helena Ruffin of Playa Vista, California, agree. She stated that requiring continuous coverage would “limit those people who are not playing by the rules.”

“I support the penalties,” she stated. “Whether or not people pay attention is another matter.”