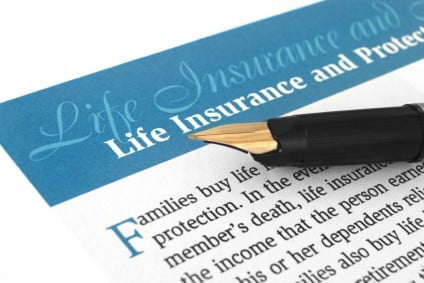 Insurable interest means that the person who is purchasing the policy has more to lose than to gain by the insured’s death and therefore may purchase a life insurance contract on somebody else’s life.

This is intended to prevent a person purchasing a policy unknowingly on another person for purposes of wagering, planned murder, or any other reason.

An individual is deemed to have unlimited insurable interest in themselves and can purchase as much life insurance as they want (with no state restrictions), subject to willingness of insurance companies to issue an applied-for amount of coverage.

Otherwise, it is any instance where the insured carries an economic responsibility to a beneficiary.

Insurable interest is typically only required at the inception of the policy.

After that, most states will allow that the beneficiary can be changed or the policy assigned without regard to insurable interest.

However, there are exemptions that vary from state-to-state, which can be found out by contacting your state’s insurance department.

Recently there have been concerns regarding questionable uses of life insurance and insurable interest has become a topic of discussion.

Up until recently, life insurance has been used for the long-accepted purpose of providing a beneficiary with a sum of money to replace some type of income loss. The needs on the personal side covered income protection for the family, mortgages, etc., and could be used to pre-fund a potential estate-tax liability. Other uses were for business purposes like key-person indemnification, buy-sell funding, etc.

Over the last 15 – 20 years, life insurance has entered into some very strange and complex uses, which is not altogether new. Some of these uses had roots in sound principles while others did not.

Stretching the limits of usage for life insurance is nothing new.

The insurance dates back to the 17th century in Paris when Italian-born Lorenzo Tonti created the concept known as the tontine annuity system, which was essentially a form of gambling.

Under the tontine system, associations of individuals were formed without any reference to age, and a fund was created by equal contributions from each member. The sum was invested, and, at the end of the year, the interest was dividend among the survivors. The last remaining survivor received both the year’s interest and the entire amount of the principal.

Eventually, this led to some not-so-desired ends resulting in the practice of taking out life insurance on strangers and having them murdered for a profit.

This was common in England during the 1700s and helped lead to the establishment of the British Life Assurance Act of 1774, wherein a party that has an insurable interest in the life of the insured can only procure policy of life insurance.

Recently, however, a variety of situations have arisen in which the party seeking a life policy does not have an insurable interest, yet is not engaging in a wagering transaction of the kind the Life Assurance Act and its progeny sought to forbid.

Understanding the concept of insurable interest will help in understanding some of the prevalent issues with the life insurance secondary marketplace and especially with a newer form generalized as Stranger-Owned Life Insurance.

This marketplace has pros and cons.

Those in favor state that it will give the elderly, and their advisors, an additional financial asset and additional leverage in terms of life insurance policy value.

Those against the concept – aside from just the fact that the entire concept is considered as “creepy” – state that it could ultimately (though not realistically) lead to murder for hire as in Old England, though most likely result in financial havoc for the life insurance industry.

There are many issues of concern regarding the secondary life insurance marketplace. There are also the other uses of life insurance that stretch the intent of the tax rules and the meaning of “insurable interest”.

For now, the only thing that is clear is that it is here and will need to be considered in planning situations. However, the different types of transactions and risks need to be carefully considered.

The transactions range from the fairly benign to highly malignant, and as is often the case, all might face the same treatment, as they cannot be sorted apart.

The “insurable interest” concept and the unintended usages of life insurance will have an impact – the question is of what type and how much.

Greed and abuse are fueling the debate and challenges brought on by the secondary marketplace.

Remember that once a policy is sold, a third party gains a financial interest in the insured’s early death and that the policy can be resold multiple times.

It’s important to keep in mind that using life insurance for other purposes than intended could have dire consequences. Life insurance is for insuring lives rather than investing.

The long-term effects and the interpretation of insurable interest will have a significant impact on the future of the life insurance industry and will bear continued monitoring.