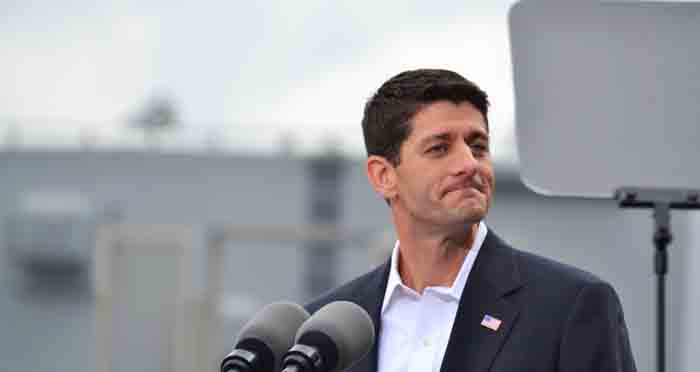 Republican leaders such as House Speaker Paul Ryan of Wisconsin and Ways and Means Chairman Kevin Brady of Texas have advocated for a “healthcare backpack,” which would allow consumers to take insurance from job to job or when moving, starting a business, or retiring.

The concept, known colloquially as “portability,” is appealing. Why should your health insurance be based on where you work or live? Why can’t it follow you? Of course, the answer is not that simple. As Republicans debate ideas for repealing and replacing the Affordable Care Act, portability may play a key role. What exactly does this mean, how might it work, and what are the issues involved?

It is difficult to define.

In its most basic form, “portability” means that consumers can keep the same insurer, benefits, and coverage limits even if they move or change jobs. However, in the current policy debate, portability is more likely to be viewed as a way for consumers to gain access to a variety of health plans, possibly through the use of a tax credit.

If sticking to the same plan becomes the goal, it will be difficult to achieve, owing to the fact that the health-care system is not designed in this manner.

Even among job-based plans, which cover approximately 156 million Americans, only a few insurers provide national networks of participating doctors and hospitals. Furthermore, the majority of the plans available to people who purchase their own insurance through the individual or small group market are limited to specific geographic areas. Policyholders who relocate must usually change carriers. Furthermore, insurers occasionally withdraw from markets, forcing consumers to select new plans.

Such factors could put Republicans in a situation similar to President Barack Obama’s “if you like your health plan, you can keep it” quandary when tens of thousands of consumers had to change their coverage after the ACA went into effect.

Although the plan will not be portable, the tax credit will be.

Because of these obstacles, some proponents propose a portable tax credit. The proposals differ, but here’s how it might work: If a consumer moves or quits a job to start a business, return to school, or retire early, their options for plans, benefits, and medical providers may change, but they will receive a tax credit that they can use to pay for their insurance.

“To achieve true portability, you must be able to choose a plan with the same subsidy… and take it with you when you leave,” said Stuart Butler, a senior fellow at the Brookings Institution, a Washington, D.C.-based think tank.

That is how the ACA operates. It makes use of a tax credit in advance based on income and regional insurance costs.

The portability credit would be different under various Republican proposals. Several proposals tie the subsidy to age rather than income, with older consumers receiving a larger credit because they are likely to have higher health costs and premiums — though the amounts debated are generally less than what consumers currently receive under the health law. Furthermore, the plans generally do not tie the credits to the cost of insurance, which could lead to dissatisfied customers in high-premium areas.

Current portable coverage examples pose political challenges and are unlikely to be pursued.

There is already portable coverage. Such coverage is available through the Federal Employees Health Benefit Program, the military’s TriCare, and Medicare. However, enrollment in those programs is restricted to certain groups, including federal employees, military members and their families, certain qualifying people with disabilities, and those over the age of 65.

Senator Bernie Sanders (I-VT) proposed a Medicare-for-all plan while running for president, which was popular among the left. However, the current Republican-controlled Congress is unlikely to take this approach or to advocate for the general public’s access to the federal employee program or the military plan.

Covering everyone through a single-payer system, as is common in Europe, where the government pays the bills but private providers or government agencies provide medical care, would also fall into this category, but is currently politically unviable.

The manner in which portability is implemented may jeopardize job-based insurance.

Employers who provide work-based coverage are concerned that if Congress makes health plans too portable, which means that everyone has access to tax credits, the youngest and healthiest employees will leave their employer plans’ risk pools to buy insurance. Premiums for those who remain would rise as a result. To avoid this, several Republican plans, including Ryan’s, would bar people with job-based coverage from receiving a credit. Others, however, including now-Health and Human Services Secretary Tom Price’s plan from last year, do not include that prohibition.

People who have pre-existing medical conditions may be subject to different rules.

Consumers must be offered plans regardless of their health status, age, or other considerations in order for them to be truly portable. Prior to the passage of the health-care law, insurers could refuse people with medical conditions. However, the ACA prohibits insurers from discriminating against sick people or charging them higher premiums. Although popular in polls, those Obamacare provisions may be modified under the GOP plans. Ryan’s proposal would allow for a one-time open enrollment period during which uninsured people could sign up regardless of their health status. Premiums would rise if you waited. Price’s proposal would require insurers to accept all applicants during two-year enrollment periods. Customers would also be required to maintain “continuous coverage” or risk having preexisting conditions excluded from future coverage under his plan. Kentucky Senator Rand Paul’s proposal would eliminate the “guarantee issue” requirement entirely, allowing insurers to exclude medical conditions from coverage.

COBRA is not a snake, nor does HIPAA live in a river. Congress may reconsider existing programs and safeguards.

The term “portability” appears in the title of a pre-ACA law that Paul mentions as one way that some people with preexisting medical conditions may be helped. Prior to the ACA, the Health Insurance Portability and Accountability Act (HIPAA) required insurers to provide coverage to people who lost job-based insurance, even if they were sick, but there was no upper limit on how much insurers could charge for those plans. There are also some limitations. The Consolidated Omnibus Budget Reconciliation Act (COBRA) comes into play here. Most employers are required by COBRA to provide workers with the option of continuing their job-based coverage for at least 18 months after they leave their position, though the workers must bear the full cost.

According to Joe Antos of the American Enterprise Institute, “most people have no idea what their share of the premium is, so it’s a huge shock to find out that a $20,000 policy divided by 12” equals $1,666 per month. There’s another snag. Consumers had to pay COBRA premiums for 18 months in order to obtain a “conversion policy” that covered preexisting medical conditions under HIPAA. Some policy experts believe Congress could help them get through the transition period by providing subsidies.

Some plans will be less expensive than they are now, but they will provide less coverage.

Cost is critical to portability because if consumers cannot afford insurance, it makes no difference that it can follow them. Some Republicans propose relaxing the essential benefits requirements of the health-care law in order to reduce premiums. More flexibility for these rules, proponents argue, could spark competition and open the market to new options ranging from low-cost, “bare-bones” plans to high-premium comprehensive coverage.

“From a consumer perspective, it’s important to have wide choice,” said Butler.

However, the less expensive plans would most likely be more restrictive and would not cover certain services, such as prescription drugs.

Some experts warn that if benefit rules are not in place, plans may end up in a “race to the bottom,” with few insurers willing to offer broad benefits at the risk of attracting the sickest enrollees.

“If their answer is to make it affordable by stripping down the benefits, then you leave families exposed to a lot of financial risk if something happens to them,” said Sabrina Corlette, a research professor at the Center on Health Insurance Reforms at Georgetown University.