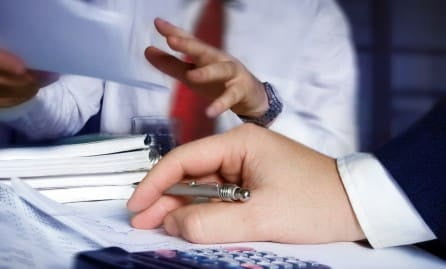 You hired a divorce attorney, split your possessions amicably, remarried, and lived happily ever after for 30 years. Everything’s been taken care of, right? Wrong.

Eric Matlin, a Northbrook, Ill.-based estate planning lawyer recommends that life insurance policies should be reviewed every 3 to 5 years in order to avoid an ugly court battle later on.

“It’s important to sit down with an attorney and reassess after a divorce, children, grandchildren, a death, getting an inheritance… even just the passage of time,” says Matlin. “Life changes.”

But divorce isn’t the only instance when a beneficiary may be disputed. What if your parents pass away and leave their insurance assets to someone you’ve never heard of? What if your spouse leaves all of their money to children from a previous marriage?

Michael Overmann, a Chicago-based attorney, says disputing a beneficiary can be difficult, lengthy, and costly.

“Once you add up attorney fees and court costs, it can be years before the dispute is resolved,” says Overmann. “A person might have a case if they can prove forgery, lack of capacity, or undue influence when choosing the beneficiary, but the key is proving it. The person could have really intended to name the person beneficiary.”

In legal cases involving life insurance disputes, the “Dead Man’s Act” often comes into play. According to Overmann, this prohibits anyone from testifying about anything the deceased person said or did, because they are not able to be cross-examined. You can find more information on the Illinois “Dead Man’s Act” on the HG.org website.

The “Dead Man’s Act” can be illustrated by this example: Upon the passing of her husband, the current wife finds out that the first wife remained as life insurance policy beneficiary. Enraged, the woman begins legal proceedings to dispute the first wife as beneficiary, stating her husband claimed he would leave everything to her when he died.

However, the deceased husband cannot be questioned, making it impossible to prove that his actions were nothing more than hearsay prior to his demise.

Because life insurance is part of a person’s estate plan, Met Life recommends reviewing insurance plans periodically. Prepare to make changes to plans when your asset value changes significantly, there is a relationship change, you move, when you have a new child, grandchild, or your children reach the age of 18, or an heir dies or has health issues.

If you should happen to find yourself on the other side, possibly left out of an insurance policy you were relying on, the first step is to file a rival beneficiary claim with the insurance company if you are sure you can prove forgery, lack of capacity, or undue influence. There’s a chance negotiations will resolve the rival claim, but there is also a chance you will end up in court, which will be costly and time-consuming.

Julie Kolodziej, an Illinois-based attorney who concentrates in estate administration, says the outcomes differ completely depending on the type of case. Like so many legal proceedings, nothing is ever guaranteed.

“These are not the easiest cases in the world, and it can be an uphill battle,” says Kolodziej. “A “win” is often synonymous with a settlement. Everything rides on whether someone has enough money to pursue it.”

Because this is such a complex area of law, speaking with an experienced attorney should give you insight to whether or not you have a case… and whether or not the legal cost will be worth it.