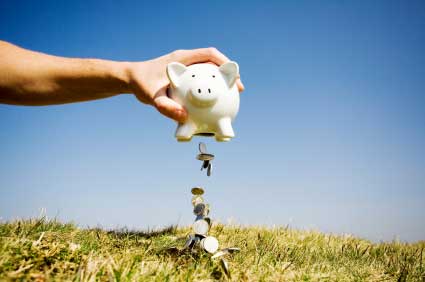 If you are seeking term life insurance and would like to get some of the money you paid into the policy back, you might want to consider return of premium life insurance.

While term insurance is typically more affordable at the start of the policy than whole life, with every renewal the policy becomes more expensive because the price increases with age and current health status. Return of premium life insurance provides the opportunity for the policyholder to be reimbursed the premiums paid into the policy if they outlive the term.

“ROP policies can be attractive for the life insurance buyer who is caught between trying to decide whether to purchase a term or permanent policy. It is also ideal for someone who doesn’t want to pay premiums for 20 or 30 years and get nothing back when the policy terminates,” said Brian Ashe, president of Brian Ashe and Associates, Ltd., in Lisle, Ill., and spokesman for the LIFE Foundation. “It’s really a hybrid policy because premiums are more modest than a permanent plan and although it’s a term policy, it still generates a cash value (the amount of premiums you would get back) that can be collected at the end of the term.”

Ashe adds that certain policyholders who may benefit the most from an ROP plan are commonly younger people who may want to convert their ROP plan to a permanent life insurance policy when their finances improve.

“If someone is in their 20s or 30s and they don’t have a need for a large death benefit (people who aren’t raising kids or covering a mortgage) they could benefit from an ROP plan,” Ashe suggested. “If they are young and healthy and don’t have the money for a permanent plan, they would pay a modest premium to start an ROP plan, and would still have the same amount of death benefit that would be provided by a permanent plan. If later down the road they decide to purchase a permanent plan, they can convert their ROP term policy to a whole life policy and use the money they get back from the premium payments to purchase the whole life policy.”

Also, Ashe says a business owner who has a buy/sell agreement with a partner may also benefit from an ROP insurance policy.

A buy/sell agreement is a financial tool that allows the owners of a company to sell the interests a deceased owner has in their company to the remaining business partners. This transfer of interests is typically set at a predetermined price.

“If one of the partners wants to buy out other family members who have a stake in the company, the money generated in the ROP plan after the term is up can be used to for those purposes,” Ashe said.

Ashe notes that an ROP policy works on the amount of time put into the policy to determine how much premium the policyholder would get back. Like most term policies, the shorter the term, the higher the premium. When it comes to ROP reimbursement, the longer you hold on to it, the more you will be refunded.

“If you surrender the policy in the first year, you may not get any premium back in return, but if you surrender a policy that is 15 years out, you would be returned a portion of the premium,” Ashe said.

ROPs can be purchased in the form of an insurance policy, endorsement or rider.

Also, an advantage of ROP policies is that premiums are generally returned to the policyholder as income tax-free.

Still, ROP policies cost substantially more than a traditional term policy; in some cases, two to three times more. This is how the insurance company is able to pay back the premiums at the end of the term.  Essentially, insurance companies will invest the extra amount charged for premiums and use the gains from the investment to pay back the premium costs to customers.

Ashe agreed that ROP plans are two to three times higher in cost, but he warns that with the regulatory changes issued in January 2010, there could be a substantial increase in cost.

Actuarial Guideline XLV, a new interpretation cash surrender values for ROP life insurance, as defined by the National Association of Insurance Commissioners, went into effect on all policy forms filed on and after Jan. 1, 2010. Some of those changes include treating ROP policies and riders in the same manner. The number of years that a policyholder could hold on to the policy may also change and impact lapse rates. Under the new rules, some experts suggest that ROPs may possess similarities to cash value whole life.  Also, some ROP products may now offer partial refunds for the policies’ cash based on a percentage schedule. For more information about ROP policies, contact a life insurance agent.