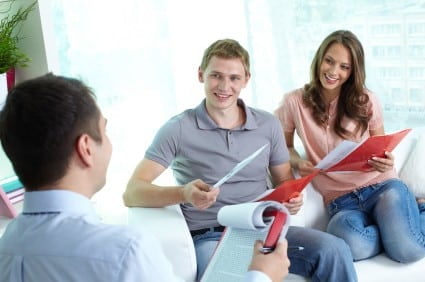 A no-load life insurance policy is another type of insurance coverage, which was designed for advisers who are compensated on a fee-only basis (i.e., visible to the buyer) instead of a commission (i.e., hidden from the buyer). There are also some limitations to this type of policy.

First of all, a no-load policy may not represent the best coverage-to-cost value for the buyer. These type of polices are rarely used, which means low competition among life insurance companies. Furthermore, the absence of a commission might not necessarily indicate the best long-term value to the customer.

Secondly, there are fewer regulations in a fee-only market than a fully licensed life insurance market.

No-load life insurance was designed to reduce policy costs by allowing, in theory, more of each premium to be credited to the policy and thus enable any cash values to grow quickly.

But, in order to prove this theory, it is highly recommended for a prospective buyer to make a side-by-side comparison between a no-load policy proposal/illustration with a similar but fully commissionable policy.

Once you have each illustration, lay them side-by-side on a table and observe the following information. Pay particular attention to the cash value buildups in the column entitled “Guaranteed Values” rather than the columns entitled “Estimated” or “Projected” values. This is because an insurance company is only obligated to return the stated guaranteed minimum values and is never obligated to perform as projected.

Many prospective policy owners pay too much attention to the “Projected” column and avoid a full understanding of the “Guaranteed” future values, which constitute the core promise of the insurance company.

Some of the no-load policies have no percent-of-premium charges, no policy charges, and no surrender charges. The companies do take a cost-of-insurance charge and credit interest (to the client).

On the other hand, Traditional “load” policies typically pay a first-year commission ranging from 40 percent to 140 percent of the first year premium. Renewal commissions, on future premiums, range from 2 percent to 5 percent.

As an aside to the subject of agent compensation, most term life policies pay no renewal commission, which is why term life agents seem always focused on selling new policies.

Never buy or own any kind of cash value life insurance policy until you have fully educated yourself on the “surrender charge” or the rules of canceling a policy in the early years. A surrender charge is the percentage that the company deducts from your cash/accumulation value.

Often, on the traditional “load” policies, the surrender charges can be very high, up to 100 percent, for at least the first five years, which can come as an unwanted shock in times where you need to cancel in order to raise cash.

Usually, after the first year, the surrender charges decrease at a faster rate until it become non-existent anywhere from the 10th up through the 20th year. Again, before making a purchase, study the illustrations and familiarize yourself with the “Surrender Value” column, which will show you what value will remain if you cancel the policy in any given year.

As no-load policies have no first-year commissions, there are much higher early cash values. Usually, there are minimal, if any, surrender charges.

Depending on the situation, the first-year cash value may exceed the premium. Very few life insurance companies, less than 1 percent, have no-load life insurance policies.

This is due to the fact that there has not been a high demand for them.

It is basically a catch-22 situation; the companies do not introduce these policies as they say that the advisers are not interested; which is true, because most advisers are not properly licensed, which does not stop many of them. Also, agents are not willing to forgo the high first-year commission.

If companies introduced a wider selection of policies and worked with no-load agents, then the advisers might get properly licensed and be able to sell these policies.

The other issues at this time is that, for the most part, while the cash value of a no-load/low-load policy for the first years is significantly higher than a traditional policy, over the long term the cash value becomes similar.

The original concept of these policies is noteworthy, however, their day has not come yet.