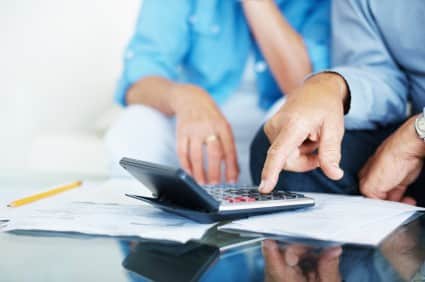 Two of the three methods of maximizing your understanding of your life insurance needs we’ll highlight here, capital preservation and capital liquidation, can be used in conjunction with the needs analysis approach or separately as a quick calculation if you wish to do an income replacement approach on its own.

Whether or not you are using these methods strictly on their own, or in conjunction with a needs analysis, once the amount of income that needs to be replaced is determined, a decision must be made as to whether the pool of capital should be preserved or liquidated.

With this approach, the capital for income replacement is left intact and the beneficiaries live off the income it produces.

This approach optimally provides an income indefinitely as the principle – or death benefit – remains intact, which makes it fairly simple to calculate. The longer the payout period, the better this method functions.

However, this approach isn’t perfect.

If the rate of return is lower than the assumed rate, the beneficiaries could run out of money prematurely. The interest rate chosen is ultimately up to you, but a conservative, realistic interest rate will have a greater chance of meeting your goals. A good guide might be the historical rate of return on U.S Treasury Bills.

The amount of money needed to fund income replacement is typically greater than that of other methods as the beneficiaries live off income only rather than principle and income.

When calculating for this method, you will first need to figure out the annual income needed, either before or after tax, which the beneficiaries will need to accrue. Select the method that suits you the best, including your own estimate, if you wish. After figuring out this amount, you will need to divide it by the assumed after tax-rate or return that can be earned on the income replacement fund.

The length of time that income needs to be replaced becomes a major factor when determining the capital needed for income replacement. Typically, this method requires less money than the capital preservation method since both principal and income are used.

A method like this also comes with some negatives. The length of time that the proposed insured’s salary needs to be replaced is highly subjective as the survivor can outlive the income stream. It also requires all the factors mentioned on the worksheet and human values needs to be examined, which makes it more complex to calculate.

Since the family, in the prior example, lives off income only rather than both principle and income, $2,500,000 would be needed to generate $100,000 per year using capital preservation, while only $1,562,208 would be needed using capital liquidation (assuming 4% after-tax return for both).

As this example demonstrates, the capital-liquidation approach requires a lower income replacement need. However, this example assumed the income-replacement fund would be consumer over 20 years. If earnings are less than expected, the fund could be depleted sooner. Also, if the 20-year figure is based upon the spouse’s life expectancy, the spouse could live beyond that expectancy, which would leave no available money after 20 years. This points out the inherent risk of the capital-liquidation approach, while also assuming a 4% after-tax rate return.

Assumptions about rate return and life expectancy must be very conservative in order to avoid premature depletion of the fund. The capital-liquidation method may be appropriate in situations when the income-replacement period is certain or short termed. An example would be when income replacement would continue only until the children reach a specified age.