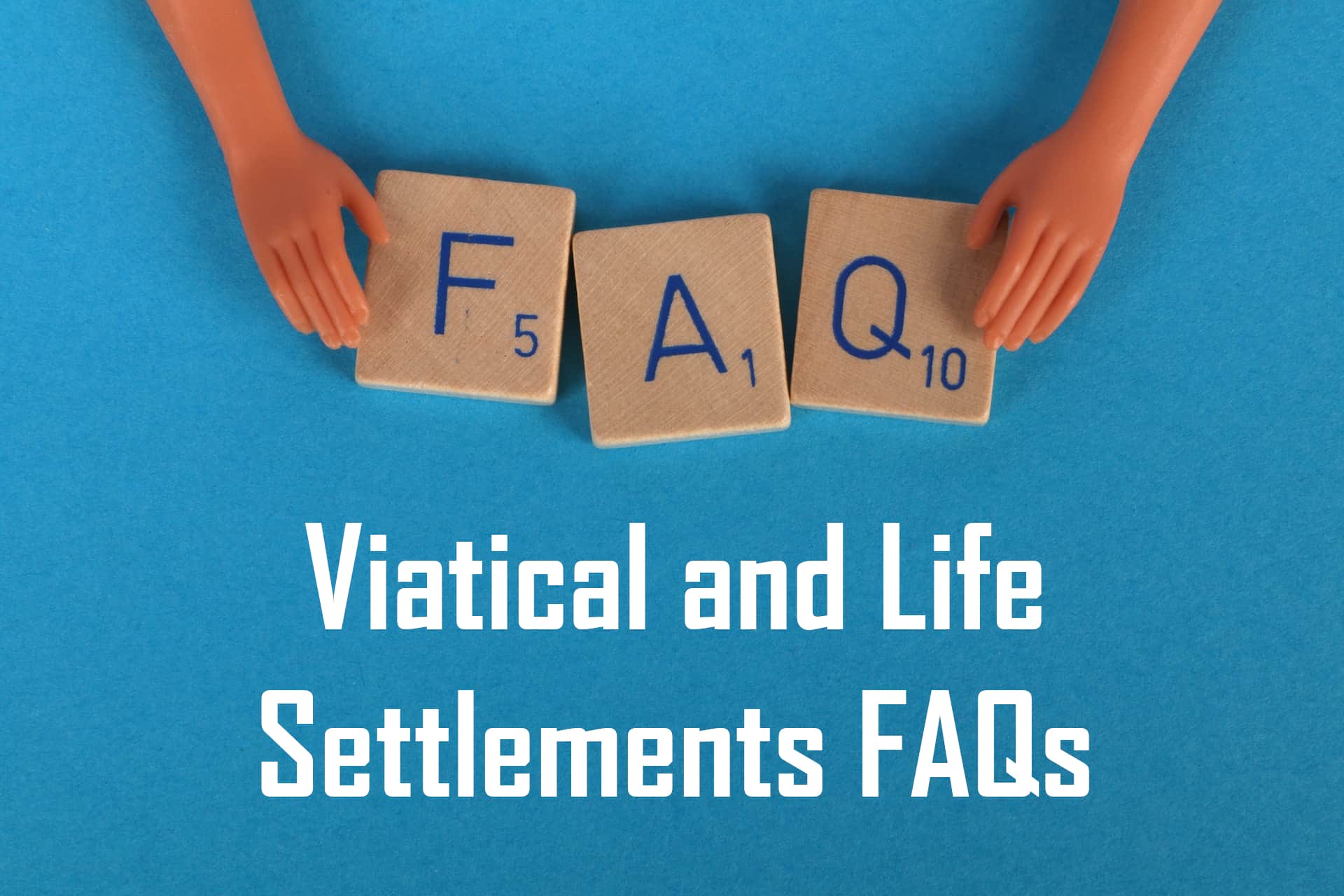 There are questions surrounding viatical and life settlements. Life insurance is a big deal in any household. Without it, you’d have to worry about your loved ones. There are many options to choose from when it comes to buying life insurance. Our experts answer some questions revolving around this topic.

Question – What factors will determine the amount of a viatical or life settlement?

Answer – The following factors will affect the amount of settlement received:

Question – What other considerations are involved in deciding whether or not to enter into a viatical or life settlement?

Answer – Planners and those insureds who are considering viatical and life settlements should also consider the following:

Question – What types of life insurance policies are typically sold in the secondary market?

Answer – Single life policies are generally much more attractive to viatical and life settlement providers. A viatical settlement of a survivorship policy is unlikely due to the fact that both insured’s would have to be terminally ill or have very short life expectancies. The life settlement market for survivorship policies isn’t much better, because the settlement companies have to wait until the death of the second insured to collect the death proceeds. Both insureds would need to have life expectancies not exceeding eleven to fifteen years.

As for product types, Universal Life (UL) policies are generally more attractive to settlement companies, especially in the case of life settlements. This is because the settlement companies have flexibility to reduce premiums to just cover the annual cost of insurance charges or pay some other minimum premium amount, flexibility to take cash value out of the policy and invest it in a different manner, and flexibility to reduce the face amount if needed. This includes Variable Universal Life (VUL). However, as discussed below, special rules apply when a VUL policy is settled.

Term insurance and group term insurance can also frequently be settled. However, certain factors make them more attractive to settlement companies; such as conversion features which enable them to be converted to a flexible premium cash value product.

Whole life policies, especially in the case of life settlements, may be less attractive to settlement companies because they tend to be less flexible when it comes to premium flexibility, ability to pull out cash values, and the ability to adjust the death benefit. In addition, since these products are generally designed to endow at maturity (e.g., age 100), they tend to have higher cash values. This makes it less likely that the settlement offer will exceed the surrender value.

Question – What special rules apply when a variable life or variable universal life policy is settled?

Question – Can a life settlement followed by the purchase of a new policy with the settlement proceeds qualify as a 1035 exchange?

Answer – It has been suggested that if the settlement proceeds are never in the hands of the policy owner and the proceeds are sent by the settlement company (via an escrow agent) directly to a life insurance carrier to be used to purchase a new life insurance policy, then a 1035 exchange treatment applies. It is the authors’ opinion that this would not qualify as a valid 1035 exchange, due to the fact that there is a sale in the middle of the exchange transaction.

Question – Can a viatical settlement be used as a means of getting a life insurance policy out of one’s estate for estate tax purposes?

A sale of the policy avoids the three-year rule because the viatication is a sale for fair market value in money or money’s worth. This could provide additional value to the insured’s family and reduce estate taxes because the conversion into cash converts the intangible asset into cash that can be given to family members in the form of tax-free annual exclusion gifts, spent down by the individual, or a combination of the two.

For example, the same individual who owns a $500,000 policy on his life will leave his beneficiaries only $225,000 if he dies owning the policy. Instead, the individual sells the policy and receives $350,000 (70 percent of the face amount). The individual can make annual exclusion gifts of the $350,000 to his four children, their spouses, and ten grandchildren over his remaining assumed life expectancy of two years. Under the viatical settlement, the individual has transferred $350,000 to his family tax-free, providing them an additional $125,000 ($350,000 − $225,000). (In addition, the estate can pass the after-estate tax value of the premiums not spent in maintaining the policy as well as the after-income-and-estate tax on the earnings on the declining balance of the $350,000 viatical proceeds over his remaining life.)

Getting a life insurance policy out of the insured’s estate can sometimes save the estate administration costs of having to file an estate tax return.

Question – Can an owner of a policy who is not the insured enter into a viatical or life settlement?