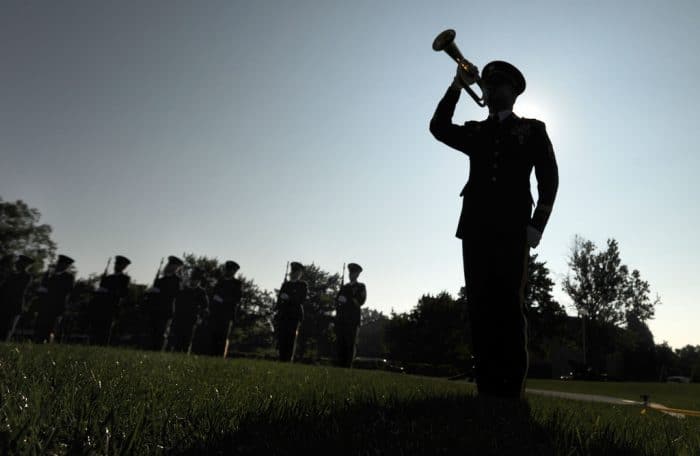 Billy Ramos, 53, of Simi Valley, Calif., is an Air Force veteran who receives Medicaid — the government insurance program for low-income people — for himself and his family. He says he relies on the coverage, especially because his work as a self-employed contractor in the heating and air conditioning industry is physically demanding.

“If I were to get hurt on the job or something, I’d have to run to the doctor’s, and if I don’t have any coverage they’re going to charge me an arm and a leg,” he said. “I’d have to work five times as hard just to make the payment on one bill.”

There are approximately 22 million veterans in the United States. However, fewer than half of veterans receive health care through the Veterans Affairs system; some do not qualify for various reasons or may live too far away from a VA facility to easily access primary health care there.

Many veterans instead rely on Medicaid for health care. Thirty-one states and the District of Columbia chose to expand Medicaid in order to cover more people, and many of those who benefited are veterans.

The Republican health-care bill currently being debated in the Senate would drastically reduce federal funding for Medicaid, including completely eliminating expansion funding between 2021 and 2024.

Ramos’ Medicaid coverage has recently become especially important after a routine checkup and blood test this year revealed that he is infected with hepatitis C. California was one of the states that chose to expand Medicaid, and the program covers Ramos’ expensive virus-eradication treatment.

“Right now, I’m just grateful that I do have [coverage],” he said. “If they take it away, I don’t know what I’m going to end up doing.”

Veterans and advocates are concerned about the Senate health plan, which proposes significant cuts to federal Medicaid spending. Will Fischer, a former Marine who served in Iraq, works for VoteVets.org, a political action organization that opposes the Republican health-care plan.

“If it were to be passed into law, Medicaid would be gutted. And as a result, hundreds of thousands of veterans would lose health insurance,” Fischer said.

It’s too soon to tell how many veterans will lose coverage as a result of the Medicaid cuts. First, states would have to make difficult decisions about whether to make up for lost federal funding, limit benefits, or limit who could get coverage.

However, Dan Caldwell believes that these concerns are exaggerated. He is a former Marine who served in Iraq and is now the policy director of the organization Concerned Veterans for America.

“The people who are saying that this is going to harm millions of veterans are not being entirely truthful,” Caldwell said. “They’re leaving out the fact that many of these veterans qualify for VA health care or in some cases already are using VA health care.”

Approximately 500,000 veterans are currently enrolled in the VA’s health care program as well as another source of coverage, such as Medicaid or Medicare. According to Andrea Callow of the non-profit group Families USA, nearly one in ten veterans is enrolled in Medicaid.

Whether a particular veteran is eligible for VA coverage is determined by a variety of factors, she says, leaving many with Medicaid as their only option.

However, Caldwell believes that rather than fighting to maintain Medicaid access, veterans would benefit more from efforts to reform the care the VA provides to those who qualify.

“We believe that giving veterans more health care choice and restructuring the VA so that it can act more like a private health care system will ultimately lead to veterans who use the VA receiving better health care,” he said.

According to the Urban Institute, the number of uninsured veterans under the age of 65 fell by nearly 44 percent in the first two years following the passage of the Affordable Care Act, from 980,000 to 552,000. This was due in large part to the law’s expansion of Medicaid.

This story is part of NPR’s reporting partnership with Kaiser Health News.