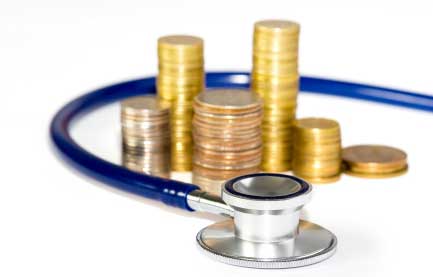 The Trump administration is assisting healthcare insurers in covering the costs of their sickest patients. According to industry analysts, this move is critical to keeping ACA healthcare premiums affordable.

This solution is a common insurance industry practice known as reinsurance. Claims exceeding a certain threshold would be paid by the government, reducing insurers’ financial exposure and allowing them to charge lower premiums.

Two states, Alaska and Minnesota, have already moved to implement reinsurance policies in response to double-digit increases in ACA plan premiums this year, and Oklahoma is planning to seek federal approval to establish a program. The Idaho legislature recently passed a law requiring health care reinsurance, and Maine is considering similar legislation.

The Trump administration has encouraged other states to follow suit. On March 13, Health and Human Services Secretary Tom Price sent a letter to all 50 governors soliciting proposals for reinsurance and other options to help consumers with costly medical conditions cover their costs.

Price, a long-time supporter of greater state control over health insurance, stated that the administration is “seeking to empower states with new opportunities that will strengthen their health insurance markets.”

“This is one practical way the administration and states can collaborate to reduce premiums,” said Matthew Fiedler, a Brookings Institution health policy specialist. “While insurers receive direct support, reductions in insurers’ claims costs ultimately translate into lower premiums for consumers.”

The emphasis on reinsurance comes as insurers must notify state and federal regulators by June 21 whether they will participate in the ACA’s marketplaces in 2018, as well as what plans and prices they will offer. This issue is distinct from other widely publicized efforts to keep federal payments to insurers for deductibles and copayments for low-income enrollees.

During its first three years, the federal law provided insurers with the security of a reinsurance program. According to the Congressional Budget Office, it helped reduce insurer premiums by 10% in 2014, the most recent year for which data was available.

However, the ACA reinsurance program expired this year. This contributed to an average 22 percent increase in premiums across the country, raising concerns about the stability of state-based marketplaces — also known as exchanges — that provide insurance for people who do not have it through work or public programs such as Medicare or Medicaid.

Officials from both political parties are now looking at another provision in the health-care law to help reprise and finance reinsurance programs.

Price encouraged states in his letter to consider a special provision known as a Section 1332 waiver, which went into effect this year and allows them to seek exemptions from ACA rules as long as the state plan maintains equivalent or better coverage levels for residents and does not increase federal spending.

The Trump administration believes that some states can establish reinsurance programs with federal assistance. The move would keep federal spending on the program in check because it would reduce government spending on tax credits that the law provides to some low-income exchange customers to help defray the cost of premiums.

Consider the color deep-red. Oklahoma. State officials have always kept the ACA at arm’s length, leaving the management and details of the insurance marketplace to federal officials. However, after average rate increases of 76 percent this year, second only to Arizona, state officials formed a task force to investigate ways to reduce insurance premiums. Last month, the group released a 60-page plan for a waiver request. According to state officials, the plan will be submitted to HHS later this year. Reinsurance is one of the suggested first steps.

“We are in critical condition,” said Buffy Heater, chief strategy officer at the Oklahoma Health Care Authority. “Reinsurance is a way to stabilize things fast and attract additional insurers and more enrollees.”

Heater’s assessment is shared by Blue Cross Blue Shield of Oklahoma, the state’s sole carrier currently selling on the state’s insurance marketplace. Through a spokesman, the company declined to address state officials’ concerns that the insurer was planning to exit the market in 2018. But Kurt Kossen, senior vice president at the Illinois-based Health Care Service Corp., which owns the Oklahoma Blues plan, said in a statement: “We agree reinsurance and well-designed high-risk pools help lower premiums and encourage greater competition.”

“We are very much in favor of using reinsurance to help insurers pay for the most expensive claims and to stabilize the marketplaces,” said Kristine Grow, senior vice president for communications at America’s Health Insurance Plans.

Alaska and Minnesota are being pushed to act.

Building on its state-funded reinsurance program for 2017, Alaska has requested $51.6 million from the federal government for a reinsurance pool in 2018. According to Lori Wing-Heier, director of the state’s division of insurance, the state’s $55 million fund this year enabled Premera Blue Cross Blue Shield, the sole insurer left on the exchange, to reduce a 40% premium increase to just 7.3 percent. However, the state claims it cannot sustain the effort on its own and requires federal assistance.

In Minnesota, where premiums for marketplace plans increased by approximately 50% this year, the Legislature passed legislation this month creating a $271 million reinsurance pool for the state’s troubled ACA marketplace for 2018 and 2019. The funds are contingent on obtaining the same federal waiver that Alaska is seeking and that Oklahoma intends to seek.

Consumer complaints about price increases in 2017 prompted Minnesota to establish a $326 million fund to assist consumers who did not qualify for federal premium subsidies. According to Eileen Smith, a spokeswoman for the Minnesota Council of Health Plans, this fund reduced consumer premiums by 25%. According to the state Department of Commerce, the 2018 reinsurance fund will reduce premiums by about 20%.

In Minnesota, the individual marketplace serves about 4% of the population, or 235,000 people.

Back in Washington, D.C., some lawmakers have rediscovered their enthusiasm for insurance market stability and tools like reinsurance. House Republicans proposed a 10-year, $100 billion fund to offset the burden of high-cost patients in their bill to repeal and replace portions of the ACA.

Even as the fate of the legislation to repeal the ACA remains uncertain, a group of Republicans in the House of Representatives this month attempted to sweeten the pot by creating a $15 billion fund over nine years to help insurers reimburse high-cost patients with certain preexisting conditions, such as cancer.

“It’s not enough money to make a serious dent,” said Tim Jost, a professor of health law at Virginia’s Washington and Lee University and an expert on the health law. While the concept is sound, he believes the proposal is flawed because the House Republicans’ bill necessitates it due to “the other harmful changes it makes to the market.”

Jost, as well as other policy analysts and consumer advocates, are concerned about Republican proposals that appear to equate reinsurance with separate high-risk pools for people with preexisting conditions and high claims. According to Lynn Quincy, a health insurance specialist and senior policy analyst at Consumer Union, high-risk pools have failed to provide affordable coverage to those who need it the most in the majority of states where they have been tried.

“Reinsurance is the much-preferred option,” Quincy said. “It does not separate sick people into a separate pool, and reinsurance has proven to be far more efficient and effective over time.”