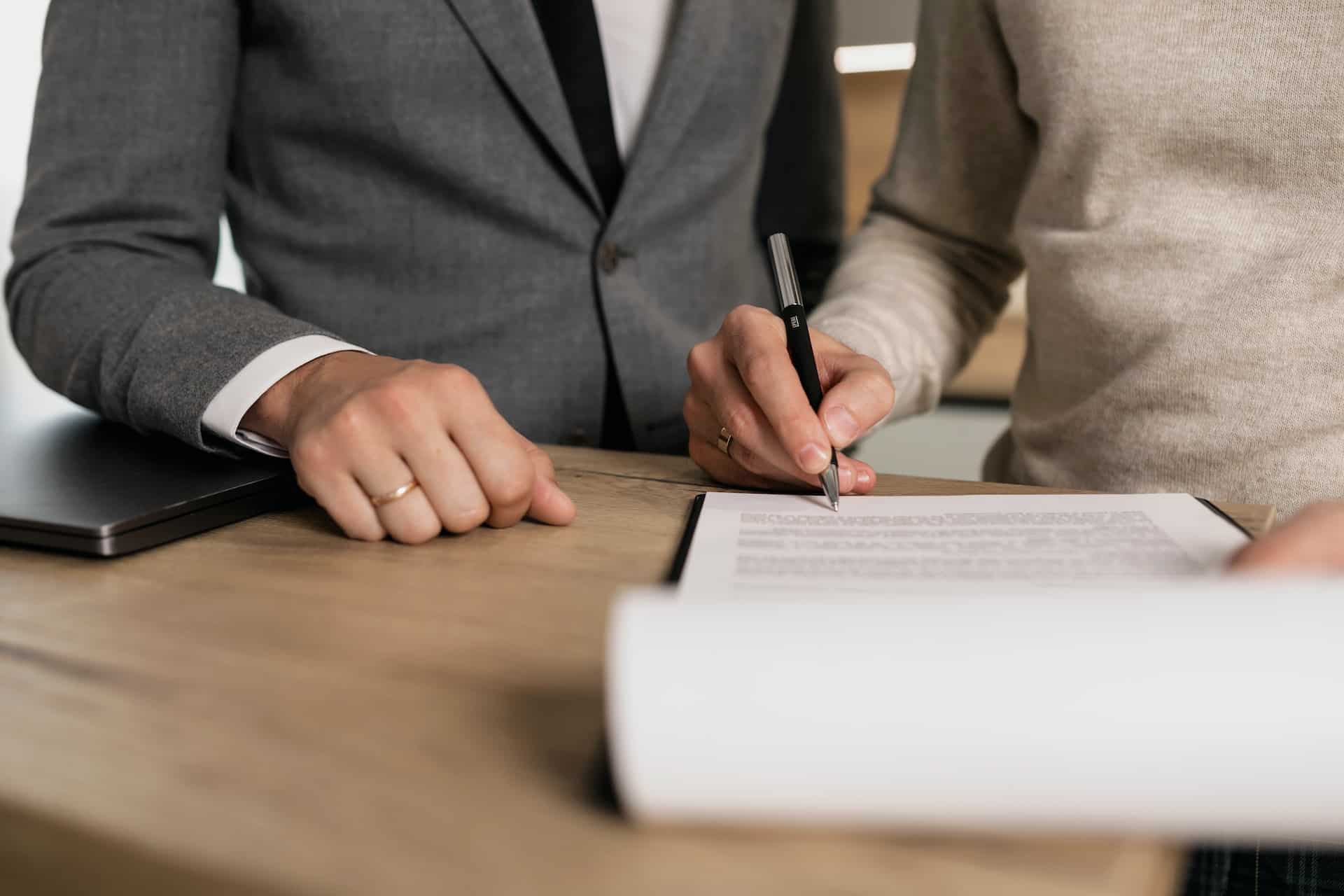 In planning for corporate or partnership buy-sell agreements funded with life insurance, as in any of the other “high risk areas discussed below, it is essential to examine (and suspect) any transfer of a life insurance policy funding the buy-sell arrangement.

Here is a checklist of potential transfer for value traps in the buy-sell planning area.

An uninsurable shareholder sells her individually owned insurance to a co-shareholder to help fund a cross-purchase agreement. The transaction clearly falls within the transfer for value rule—as do the following two transfers.

The Switch from Stock Redemption to Cross-Purchase Trap

A corporation sells a policy to a co-shareholder of the insured because the company wants to switch from a stock redemption plan to a cross-purchase agreement and sells its corporate-owned policies on the lives of its shareholders to their co-shareholders.

The Gift of Policies by Corporation Double Trouble Trap

Two shareholders want to change an insured stock redemption agreement to a cross-purchase plan. But instead of selling the policies, they intend merely to have the corporation give each shareholder the policy on the life of the insured.

Although the shareholders may call this transaction a gift to each other, the IRS is not likely to accept this transaction as a gift (and will probably challenge the distribution from the corporation as a dividend or as compensation).

The Purchase by Insured Followed by Gift Trap

They will probably not succeed. The IRS will doubtlessly argue that the double transfer is really one directly from the corporation. Failing that argument, the IRS will claim the reciprocity—I’ll give you the policy on my life if you give me the policy on yours—constitutes consideration for the transfers.

The Sale by Estate Trap

The proposed transactions will trigger the trap because Y and Z, as mere co-shareholders, are not protected parties. There are several possible indirect solutions to this problem:

The Sale by a Trust Trap

A trust’s sale of an interest in a life insurance policy to trust beneficiaries other than the insured can trigger the trap. For example, suppose a couple creates an irrevocable life insurance trust and places cash inside the trust for the trust to purchase and pay premiums for a second-to-die life insurance policy on their lives. At some later date, the couple decides to discontinue contributions. Since the trust does not have sufficient funds to keep the insurance in force, the couple’s children decide to purchase the policy and pay premiums. There would be a transfer of a policy and it would be for valuable consideration.

In many of these situations, the solution is to make the buyers partners with the insured prior to the transaction. It is essential in these situations that the partnership be created and actively managed for reasons other than to merely to shield the transaction from the transfer for value rule. Be sure the entity is recognized as a partnership under state law. Also be sure that the partnership files federal income tax returns. It is also important to show that the parties intend to continue operating as a partnership at least through and including the year in which the purchase of the life insurance policy is consummated. Overall, create evidence that the firm is a legitimate operating entity.

Assume a cross-purchase buy-sell agreement is established and a trust is created to facilitate the transaction and assure an orderly transfer of the corporate stock (i.e., a trusteed cross-purchase arrangement). A corporate-owned life insurance policy on each shareholder’s life is then transferred to the trustee who is to collect the proceeds and pay them to shareholder’s estate.

The buy-sell agreement requires the insured’s co-shareholders to pay premiums on the policy. At the insured’s death, the trustee will collect the proceeds (on behalf of the surviving shareholders) and, in exchange for the stock held by the insured stockholder, pay the estate the appropriate amount of cash.

There is a transfer of a life insurance policy. But is there valuable consideration? If so, what is it and when is it paid? At least one court has held under these facts that the agreement of the co-shareholders to relieve the business of the burden of making premium payments and to buy the insured’s stock at his death with the policy proceeds was sufficient consideration to give rise to a transfer for value—even though no cash was paid for the policies.

In the authors’ opinion, trouble awaits those who fund a cross-purchase buy-sell in a trust which provides that, at the death of one shareholder, the interest he had in the policies on the lives of the others terminates (vanishes into thin air) and magically the survivors end up with an interest (through the trust) in the remaining policies on the other survivors lives. This “one trust-one policy on each shareholder’s life” cross-purchase technique (unless the shareholders are also partners) is almost certain to attract litigation with the IRS.

Why? Upon the first death, there will be no physical transfer, and legal title to the policies on the lives of the survivors will not change. The trust will still be the legal owner of the policies. But the beneficial interest in the decedent’s share of the policies on his co-shareholders’ lives will shift to them. Each survivor will gain a beneficial interest he did not have before on the life or lives of his co-shareholders. Furthermore, on each subsequent death, there will be an additional transfer of equitable ownership to the surviving co-shareholders.

Abe and Sadie are unrelated shareholders. Each is insured for $100,000 under a corporate-owned group term life contract paid for by the corporation. They name each other as beneficiaries of their respective group term life coverage in order to fund the buy-sell with (from the corporation’s perspective) tax deductible dollars. Each agrees to accept the proceeds of the other’s group term life insurance as payment for his share of the business.

There is clearly a transfer of an interest in a policy and, although no cash is paid in return for the policies and even though the coverage is pure term insurance, there is the requisite valuable consideration, which is reciprocity. Abe would not have named Sadie as his beneficiary without her agreement to do the same.

Ted and Carol want to set up a cross-purchase buy-sell agreement. Neither has the after-tax cash to pay premiums. Their corporation sets up a split-dollar arrangement to assist them in funding the buy-sell. The corporation will purchase a policy on the life of each shareholder. At the death of either insured, the corporation will recover its outlay first. Any death benefit in excess of the corporation’s interest (i.e., its cumulative outlay) will be payable to the insured’s co-shareholder. The net proceeds of the policy on Ted’s life will be paid to Carol and the net proceeds of the policy on Carol’s life will be paid to Ted.

A further argument the IRS could make is that—to the extent each shareholder recognizes income (economic benefits)—it is as if the corporation purchases term insurance on his behalf. Normally, such a transaction would not be a problem because the term insurance purchased is usually on the insured’s life and, if it is transferred to someone other than the insured, it is typically done without consideration. In a cross-purchase endorsement split-dollar, however, the employer owns each policy at inception. The policy insures the life of a co-shareholder of the person to whom the company endorses (shifts an interest in) a portion of the policy proceeds. This is clearly a transfer of an interest in a policy and the reciprocity, the fact that each shareholder tacitly allows the other to do so, provides the requisite consideration.

Avoiding the transfer is the answer to the problem. Instead of using the endorsement method in which the corporation is the original owner of the policy, the collateral assignment method eliminates any need to transfer an interest in the policy. Under the collateral assignment method, each shareholder purchases a policy on the life of his or her co-shareholder and owns it from the beginning. He or she then collaterally assigns it to the corporation (a protected party) as security for the loan. Because there is no transfer of a policy or an interest in a policy (except to a protected party), the transfer for value rule will not apply.

The Perhaps not so Safe Gift Tax Trap

Does the son take the insurance income tax free? At first glance, the answer seems to be yes: the father intends the transfer of the policy to be a gift to his son (even though the father enters into a buy-sell agreement) and even files a gift tax return on the transaction and pays a gift tax.

But wise practitioners will ask some additional questions. These include:

The IRS may try to prove that, although the transaction is cast as a gift, it is really part of a larger arrangement in which the transfer of the policy was bargained for by the son. Could it then be argued that even if the son’s agreement constitutes some consideration for the transfer of the policy, so long as the son’s basis is—at least in part—determined by reference to his father’s basis, the proceeds retain their income tax free status? In the authors’ opinion this technique is dangerous unless the facts are exactly right.