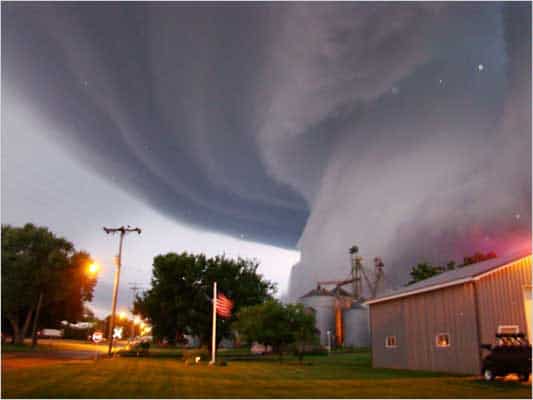 Mother Nature continues to flex her deadly muscles in 2011, this time in the form of 362 tornadoes that ravaged seven Southern states in April, killing more than 300 people, injuring thousands more, leveling entire neighborhoods and turning even newer, well-built homes into piles of rubble.

Weather authorities are calling it the second worst natural disaster in this country, following Hurricane Katrina in 2005, and the deadliest U.S. tornado in 37 years. Insured losses are estimated at $2 billion to $5 billion by risk management firm, Eqecat, with initial reports of close to 100,000 buildings destroyed.

If there is one ray of hope for the survivors, it is the likelihood that they have standard homeowners insurance that will pay for their food and shelter while they rebuild. Unlike earthquakes or floods, tornado damage is typically covered under a standard homeowner’s policy, industry experts say.

However, many of those policies may not be sufficient enough to foot the entire bill for cleanup repair and home replacement costs. In 2008, building cost data firm Marshall & Swift revealed that 64 percent of homes in the U.S. are underinsured and only 81 percent of homeowners have enough coverage to rebuild their homes.

Loretta Worters, vice president, Insurance Information Institute (III), says a standard homeowner’s policy will pay for any damage caused by wind, including tornadoes and hurricanes. In addition to living expenses resulting from mandatory evacuations (hotel bills, restaurant meals, and other costs), most homeowners insurance policies cover damage to contents inside the home and any structural damage that might require repair or replacement.

Worters says most policies provide Additional Living Expenses (ALE) coverage for 20 percent of the amount of insurance you have on your house and may be for a specified time period, typically 12 to 24 months.

“Coverage for additional living expenses varies by company so check your policy language to make sure you have coverage,” Worters adds. She also notes those living in areas prone to hurricanes and tornadoes will generally pay more for their homeowner’s policy than those who do not. This may include states that comprise “Tornado Alley” such as Texas, Oklahoma, Kansas, Nebraska, South Dakota, Iowa, Colorado and Missouri.

Safeco Insurance says its homeowner’s policies cover damage to roofs, walls, cars, inventory and belongings. However, the insurer adds, deductibles do apply and the deductible may be higher for wind or hail damage caused by tornadoes.

Safeco says it will replace damaged items and materials with the same type of quality and materials only. If you want to upgrade your roof, for example, the difference in cost will be borne by the policyholder.

“With home values falling in many parts of the country, some people think they can reduce their homeowner’s insurance coverage,” says Worters.

“Doing this, however, could result in a homeowner being dangerously underinsured. The real estate value of a home is very different from the rebuilding cost,” Worters says.

She says demolition and debris removal can further add to rebuilding costs. Also, your community may have added new ordinances since your home was built that now must be adhered to.

The aftermath of a tornado

Safeco Insurance offers the steps you should take when contacting your insurance company immediately following a tornado.

1. Report your claim and be ready to provide at least a general description of damages.

2. Check for damage to gas, electric or sewage systems when you can do so safely. Don’t use any damaged systems until they’re checked by a professional. If gas is leaking, turn off the main shut-off valve and leave the building immediately and call a professional for service.

3. Once it is safe to do so, cover broken windows or holes in the roof with heavy-duty tarps or plywood to prevent additional water damage. Move wet items to drier ground and wash and dry whatever you can. If you don’t think it’s safe, call professionals for help.

4. Schedule permanent repairs as soon as possible, even though Safeco requires you to wait until your claims professional assesses your damage before you can begin making those repairs. The company notes professional contracts can be difficult to schedule after a tornado. Use local, licensed, bonded and insured contractors and check their references first.