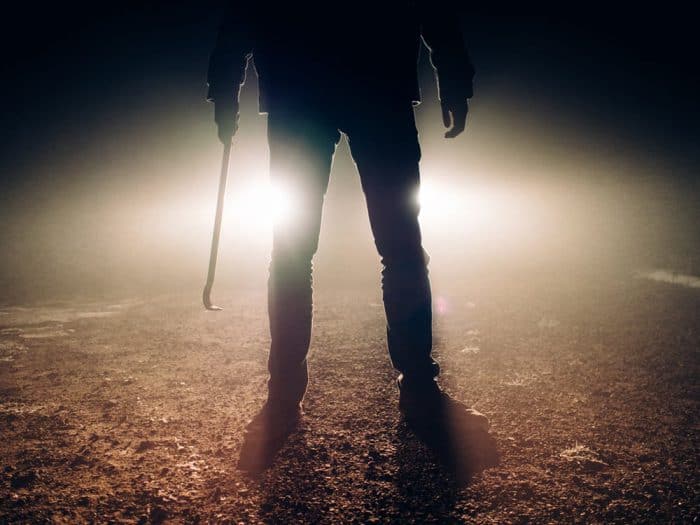 Not all insurance claims that come across an adjuster’s or investigator’s desk are typical and mundane. There’s always the scammer to watch out for – some more creative or outrageous than others – that cost insurance companies tens of millions of dollars a year. There’s the occasional bizarre incident that no one could possibly have conjured up on their own.  And then there are the excuses, some lame, some hysterical, that leave insurers shaking their heads and rolling over in laughter.

Some of the most egregious scams make it to the Coalition Against Insurance Fraud’s Hall of Shame each year, says James Quiggle, spokesman for the nonprofit group. Here’s one of the more outrageous ones. Claiming a car crash left him nearly crippled and largely confined to a wheelchair, Samuel Aaron Brabson of Richmond, Va., made more than $1.2 million in disability claims. In fact, Meals on Wheels was delivering food to his house. But while he was too disabled to boil pasta, Quiggle says Brabson was fit enough to compete in triathlons and take grueling bike rides. When a friend saw him in a store with no sign of disability, Brabson claimed he was actually a twin brother. Brabson doesn’t have a twin. He received one year in jail for his charade.

Another one from the Wall of Shame: As a police officer in Rosedale, Miss., you’d think Marvin Johnson would know how to get away with the perfect crime. But his case of deception shows cops are human in more ways than one, says Quiggle. Johnson faked the theft of a Toyota Avalon for an insurance payout. After offering a clueless series of explanations, the authorities became suspicious. Johnson didn’t even attempt to find the car— which is odd for a cop. He claimed it had both a manual and automatic transmission, and he said the car had a keypad on the door for secure entry. Toyota’s don’t have external keypads, and Johnson couldn’t remember the entry. The car was traced to someone in another state. Johnson received at least a year in jail.

Forbes Says You Need Life Insurance, So Listen Up and Find It Here at the Best Price

No chicanery in this tale— just bad luck. The Navy reportedly informed the wife of a submariner that his craft was due in port. She parked at the end of the slip where the sub was to berth. Unfortunately, an inexperienced ensign was navigating the sub and it rammed the end of the slip, breaking a section away and causing her car to fall into the water. Needless to say, the Navy paid the claim.

Progressive Insurance tells how a customer said some parts were stolen from his car, and to support his claim, he submitted what appeared to be phony invoices along with Polaroid photos. The photos looked pretty good at first glance, but on closer inspection, investigators realized the guy had taken extreme close-ups of a toy car that was the same color and make of his actual car.

5. Taking Insurers for a Ride

Another Progressive tale: A woman decided to take her boyfriend’s motorcycle for a ride and crashed it. Afraid his insurance wouldn’t cover the damage to his motorcycle because his girlfriend wasn’t listed as a driver on his policy; the boyfriend pretended it was he who had crashed the motorcycle. He even tied himself to the back of a truck and asked a friend to drag him around a little bit to produce the road rash he would have gotten from the wreck. His girlfriend was more honest. She told the truth to investigators, leaving the boyfriend with just a rash.

High school chemistry teacher Tramesha Lashon had a perfect assignment for two failing students: Steal and torch her car so she could collect insurance money on the Chevy Malibu she no longer wanted and she’d give them passing grades for the assignment. Fox received 90 days in jail and was dismissed her job.

You’re supposed to buy insurance BEFORE an accident. In this case, a couple tried buying a policy during the accident. A couple’s car caught on fire. While the husband was on the phone with Progressive buying a policy, his wife was heard yelling in the background that the car was about to explode.

Quiggle says in a down economy like today’s insurance companies see a sharp spike in scams. Some they’re all too aware of. “In the desert outside Las Vegas police routinely do sweeps in helicopters over where people are burning their cars. In one case, an officer knocked on a suspect’s door at 3 a.m. and the guy answered, still smelling of gasoline,” Quiggle says.

Another Hall of Shame recipient, Belinda Lovander, one of New York Police Department’s own employees, helped run a huge auto-insurance swindle from, of all places, inside the department. She pleaded guilty in January 2002 to filing 22 fake accident reports and was sentenced to 2 to 6 years in prison. Prosecutors said Lovander was a ringleader in a scam in which 110 people were arrested.

This last one, from www.businessballs.com, on why a medical claim was filed later, is just plain funny. “I told the police that I was not injured, but on removing my hat found that I had a fractured skull.”