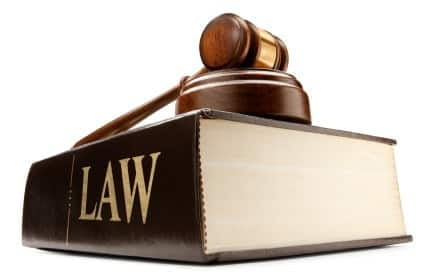 Government regulation of insurance companies and agents began in the states more than 100 years ago for one overriding reason – to protect consumers. It is their responsibility to ensure that insurers remain solvent, so they can meet their obligations to pay claims.

What Is the First Priority of Insurance Regulators?

The fundamental purpose for government regulation of insurers and agents is to protect American consumers. Effective consumer protection that focuses on local needs is the hallmark of state insurance regulation.

State regulators understand local and regional markets and the needs of consumers in those markets. They also recognize that consumer protection is their highest job priority.

How Is Insurance Different From Banking?

Insurance is a commercial product based upon subjective business decisions. Unlike most other financial products, the purchaser of a life insurance policy will not be able to fully determine the value until after a claim is presented – when it is too late to decided that a different insurer or policy might make a better choice.

All of these subjective aspects add up to one big certainty – insurance products can generate consumer backlash and dissatisfaction that require a high level of regulatory resources and responsiveness.

What Is the Cost of State Insurance Regulation?

In 2000, state insurance departments employed 12,500 regulatory personnel nationwide and spent $800 million to be the watchful eyes and helping hands on consumer insurance problems. States also maintain a system of financial guarantee funds that cover personal losses of consumers in the event of the insurer insolvency. The entire system is authorized, funded and operated at no cost to the federal government.

The Financial Modernization Act of 1999, also called Gramm-Leach-Bliley, established a comprehensive framework to permit affiliations among banks, securities firms, and insurance companies. This once again acknowledged that states should regulate the business of insurance.

What Are States Doing to Modernize Insurance Regulation?

States are committed to streamline and simplify state insurance regulations while continuing to protect consumers. In March 2000, the nation’s insurance commissioners adopted the Statement of Intent – The Future of Insurance Regulation.

Working in their individual states and collectively through the NAIC, the commissioners have made tremendous progress on their goals of creating an efficient, market-oriented regulatory system for the business of insurance.

The Statement of Intent set forth goals for improvement in producer licensing, product speed to market, privacy of consumer information, and company licensing.

This taskforce is charged to explore the issues of confront state insurance regulation in the integrated marketplace and, if necessary, to recommend specific measure for legislative consideration.

How Do Regulators Promote Competitive Markets?

Once the consumer protection responsibilities of government insurance regulators are satisfied, it is fair to ask how the system can be made most compatible with the demands of commercial competition without sacrificing the needs of consumers. Regulators continue to give this matter their highest attention, as evidenced by their speed-to-market initiatives.

Insurers, especially in the life insurance and annuities market, increasingly face direct competition from policies offered by other financial service entities. State insurance regulators have worked diligently over the past two years to identity these issues and come up with possible solutions.

Regulators now believe that a more efficient review process for these policies is possible, which could help insurers better compete in the marketplace.

Why Are the State’s Modernizations Efforts Taking so Long?

Insurance regulation is a complex matter and any change to the process should not be undertaken without review and analysis of the impact of change to businesses, companies, agents, and also to the consumers and policyholders the industry serves.

However, the states have established aggressive timeliness in order to meet their modernization objectives. They have come to a point where a number of the goals set out in the Statement of Intent have worked their way through the state legislative process.

Isn’t This Really Just About Protecting Their Turf?

Modernization efforts are not just about the survival of the state system. It is about responding to change and, in turn, making the best insurance regulatory system in the world even better.

State policymakers believe consumers are – and will continue to be – best served by the state.

When state regulators say there is a need for more uniformity, aren’t they making a case to get rid of the 50-regulator system?

Having similar processes with local control and applications is really the best of both worlds. Consumers need to have the confidence that the people regulating their policies understand the area market.

For example, Iowa consumers do not buy much hurricane insurance and there is little need for crop insurance in New York City. However, these types of insurance are very important in the regions in which they are sold.

Wouldn’t It Be Better to Create a Federal Agency Like the SEC to Oversee Regulation?

Since the Gramm-Leach-Bliley Act passed, conglomerates are being formed and banks, insurance and securities firms are converging. But, there are still fundamental differences between banking, securities, and insurance.

Insurance is a product with which consumers have many issues and questions. State insurance regulators need to be there on a local basis to deal with them. The state system has the expertise and has demonstrated that it can be more responsive to these situations.

So, insurance is very different from banking and securities products. Insurance also involves extremely complex contracts – so there is a greater risk for consumer abuse.

The above information is from the National Association of Insurance Commissioners website. Copyright NAIC. Permission for this reprint is granted by NAIC, per contributor to LifeQuotes, Tony Steuer.