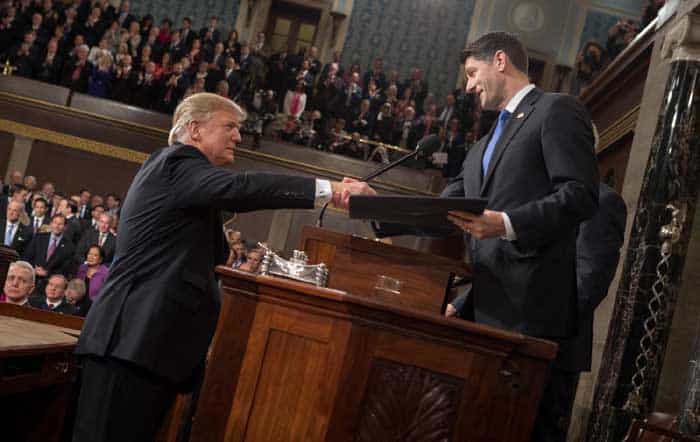 The battle over The Affordable Care Act (ACA) is not over now that it’s worst enemies are in charge of the vast range of health coverage it created. They’re also discussing changes that could affect a wider net of employment-based policies and Medicare coverage for seniors.

Letting ‘Obamacare Explode’ One Step at a Time

Republicans failed last month in their first attempt to repeal and replace the ACA. But President Donald Trump vows the effort will continue. Even if Congress does nothing, Trump has suggested he might sit by and “let Obamacare explode.”

Health insurance for the 20 million who benefited from the ACA’s expanded coverage is especially at risk. But they’re not the only ones potentially affected. Here’s how what’s going on in Washington might touch you.

A three-year-old lawsuit threatens many plans.

A suit by the Republican-led House challenges some subsidies supporting private plans sold to individuals and families through the ACA’s online marketplaces, also called exchanges. It has already gained one court victory. By many accounts, it would wreck the market if successful, stranding up to 12 million without coverage.

“It’s the single-biggest problem facing the exchanges,” said Rachel Sachs, a health law professor at Washington University in St. Louis. “That would make insurers not only exit tomorrow but also not want to offer plans in 2018.”

The litigation involves lesser-known ACA subsidies that reduce out-of-pocket costs such as copayments and deductibles for lower-income consumers. These are different from the law’s income-linked tax credits, which help pay for premiums.

Filed in 2014, when Barack Obama was president, the suit could backfire by politically harming the Republicans now in charge. House leaders have delayed the litigation and said they won’t drop the lawsuit but will continue the subsidies while it gets considered. The administration has not said how it plans to handle the lawsuit.

Even if Congress doesn’t repeal the ACA, the continuing battle makes insurance companies think twice about offering marketplace policies for next year. The less clarity carriers have about subsidies and whether the administration will promote 2018 enrollment, the likelier they are to bail or jack up premiums to cover themselves.

Preserving the subsidies, which limit out-of-pocket costs for lower-income consumers, “is essential,” said Kevin Lewis, CEO of Community Health Options, a nonprofit Maine insurer. “Markets don’t like uncertainty. The ‘sword of Damocles’ hanging over our collective heads is unsettling, to say the least.”

Shortly after taking power, Trump officials yanked advertising designed to maximize enrollment in marketplace plans just before a Jan. 31 deadline. It was partly restored after an outcry.

Then the administration said it would scrap an Obama-regime plan of rejecting tax returns from individuals who decline to say whether they had health insurance — weakening the requirement to be covered.

Trump aide Kellyanne Conway suggested in January the administration might entirely stop enforcing that requirement — the part of the law most hated by Republicans. If officials persist with that message, plans could attract even fewer of the young and healthy members whose premiums are needed to support the ill. That would cause more rising premiums and insurer exits.

“More mischief can be done,” said Dr. Peter Kongstvedt, a health industry consultant and senior faculty member at George Mason University. “It is absolutely possible that some markets will end up with no carriers unless a combination of state and federal government act to preserve the market” with taxpayer money.

Trump officials will move to roll back ACA coverage even if Congress doesn’t repeal.

Tom Price, secretary of the Department of Health and Human Services, has signaled his intent to reverse parts of the ACA through regulation even if Congress doesn’t repeal the law.

For example, Price couldn’t unilaterally eliminate coverage for birth control or maternity care, both of which many Republicans object to on moral grounds or because of cost. But birth control might no longer be free as a preventive benefit. Maybe the administration would let states limit the number of prenatal visits in maternity coverage. Perhaps more employers could gain religious exemption from providing birth control.

Obamacare’s coverage expansion included government Medicaid coverage for folks with lower incomes. Thirty-one states and the District of Columbia expanded Medicaid to most adults with incomes below about $16,000 for singles and $28,000 for a family of three — although eligibility varies.

Republicans want to reduce the growth of Medicaid spending and give more control over the program to states. Discussions for a Medicaid overhaul focus on replacing ACA provisions with fixed, less-generous federal grants to states.

But even if the ACA survives, it’s likely the administration will give states more say in who gets Medicaid coverage and how much. Many Republicans favor work requirements for Medicaid recipients and raising out-of-pocket payments for patients.

Under the failed House replacement bill, the American Health Care Act, 9 million people in those states would have lost Medicaid coverage in 2020, estimated the nonpartisan Congressional Budget Office.

At the same time, however, Republican support for the ACA’s Medicaid expansion is growing, which might mean overall cutbacks would be less severe or Medicaid coverage could increase among the 19 states that didn’t expand the program under the ACA.

Some Republicans want to overhaul Medicare for seniors.

But the proposal wasn’t part of the Republicans’ replacement bill. Changing Medicare likely would trigger loud objections from AARP and other powerful lobbies. And Trump doesn’t seem inclined to back a change.

Although ditching Obamacare would end the requirement for large employers to offer health insurance, most companies would keep their plans as a way to attract workers, analysts say.

But that coverage could become less generous. The ACA limits employer-plan members’ annual out-of-pocket cost and also prohibits caps on annual and lifetime benefits. At the same time, it prohibits waiting periods for covering a new worker’s preexisting illness.

Any replacement law signed by Trump might not include those protections.