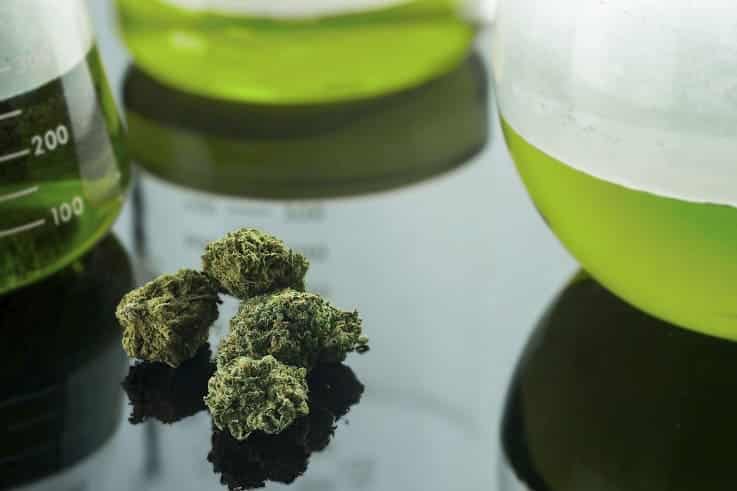 For years, it was only Bob Dylan that suggested in his song “Everybody must get stoned”. For years after his song, parents told their young adults that is was better to drink alcohol responsibly than smoke marijuana just for that reason…not to get stoned. But now it is that face of pot that is slowly changing as well as life insurance underwriting. One man moved his family to Colorado last fall where his children who had severe epilepsy could be treated with cannabis oil since it is legal in that state.

Consequently, Cannabis is no longer the criminal act it use to be though still illegal many places around the world.  It has been rehabilitated for medicinal reasons. Thirty plus states including Washington D.C. have brought medical marijuana programs to their states. States have started to “decriminalize” it but it’s still illegal on a federal level and therefore still illegal in states where it’s been decriminalized.

Last month, Illinois approved about 400 new patient applications for medical marijuana during March, bringing the total to 2,000 patients with complete paperwork. The Illinois Department of Public Health released the updated numbers a few weeks ago. The health department says about 19,500 people have started the patient registration process. Of those, about 2,700 have submitted at least part of the application. Qualifying patients pay an annual fee of $100 for a marijuana card and need a doctor’s written certification.

Texans deserve access to medical marijuana as a treatment option. It’s time for us to allow Texans and their doctors to make the best decision regarding their medical treatment. As a state that leads the nation in innovative medical research, Texas needs to take a scientific and reasoned approach to the known benefits of medical marijuana,” Márquez said.

Surveys show that 77 percent of Texans support medical marijuana reform, according to Caitlin Dunklee, with Texans for Medical Reform.

How do life insurance companies perceive the legalization of marijuana to inhale or ingest?

Michael Bruce from Life Quotes, Inc. reminds us that insurance companies don’t look at state laws and depending on recreational usage, most will offer smoker rates. Insurance companies are looking for frequency of use. Unless other medical or psychological concerns exist you will not be declined for just using marijuana though you may pay a higher premium. If you smoke once or twice a year and your lab test is normal, you may qualify for non-smoker rates.

Here are tips to follow concerning some major life insurers are underwriting marijuana users, assuming you have no other ratable health or lifestyle issues such as speeding tickets or dangerous hobbies. Underwriting may allow a preferred rate if there is no excessive alcohol use or a bad driving record.

The best case scenario for Recreational use of Marijuana is allowing usage 3x or less per week, urine is negative for nicotine, you may qualify for a preferred rating. Some may underwrite without a medical exam if there are no other signs of drug addiction. It is different across the board depending on other health concerns so it is important to contact a variety of insurance companies for the best option.  Recreational use of marijuana is legal in Colorado and Washington.

And what about medicinal marijuana?

Individuals are going to be rated on the following. The insurance companies are more concerned with the life expectancy based on the medical condition first and the use of marijuana second. Insurance companies will request proof of your medicinal prescription.

Here’s a brief synopsis of how some major life insurers are underwriting marijuana users, assuming you have no other ratable health or lifestyle issues such as speeding tickets or dangerous hobbies.

And the federal government’s position in all this, according to an interview with Obama, though federal laws still classify marijuana as an illegal substance, government officials will not spend a lot of resources trying to turn back state decisions. Many feel that it should be treated like alcohol, which as long as it doesn’t appear habitual, it would be allowed without a history of abuse, addiction or a Motor Vehicle Report (MVR).

Marijuana is currently classified by the Drug Enforcement Administration as a schedule one substance, which the DEA considers “the most dangerous class of drugs with a high potential for abuse and potentially severe psychological and/or physical dependence.” Other Schedule 1 drugs include heroin, ecstasy and LSD.

The days of being a pothead or stoner seem to be coming to an end and, ultimately, it will be up to the American public in determining how we perceive marijuana as either a dangerously abusive addiction or seeing cannabis for its medicinal effects as well as a healing herbal choice.

Can it be legal like alcohol? A lot of research has been done to find and explore the reason why people drink alcohol. From research conducted in the Netherlands among 15 to 25 year-olds, the following answers came up with three major reasons they drank and that was for sociability, liking the taste and reducing stress.

Can we handle marijuana the same way?