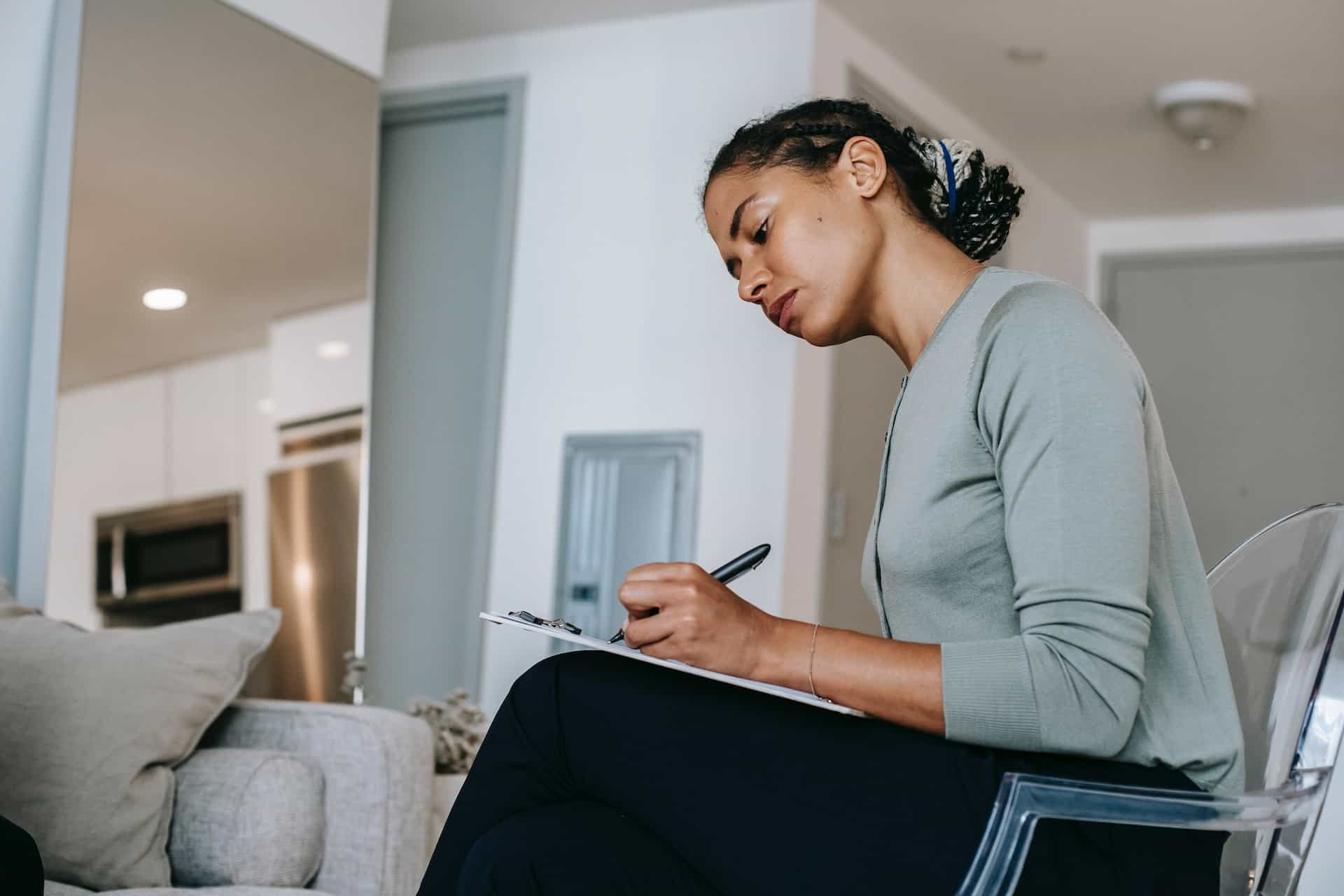 A non-owner is generally any person (other than the owner) having an interest in the policy (except for a life insurance company acting only as the issuer of the policy). However, a special rule regarding who is treated as the owner applies to certain arrangements:

The value of the economic benefits is equal to:

Death benefits paid to a beneficiary (other than the owner of the policy) by reason of the death of an insured will be excluded from income to the extent that the amount of the death benefit is allocable to current life insurance protection provided to the non-owner, the cost of which was paid by the non-owner or the benefit of which the non-owner took into account for income tax purposes.

Notably, an exchange of policies under Code section 1035 is not on the list of nonmaterial modifications, even though the authors are aware that comments were submitted to the IRS prior to the issuance of the final split-dollar regulations requesting that 1035 exchanges not be considered a material modification.

The only arrangements excluded from the definition of split-dollar are group term life insurance plans under Code section 79 (other than those providing permanent protection to the employee), the purchase of life insurance between the policy owner and the life insurance company issuing the policy, and key person insurance where the corporation owns all of the rights in the policy. In addition, any plan under which there is no expectation of reimbursing the party advancing the premiums is not a split-dollar plan. In such situations, the premium payments will be treated as taxable income, a dividend, or a gift, depending on the relationship between the parties.

Split-Dollar Prior to Regulations

For collateral assignment and endorsement split-dollar arrangements, the party receiving the death benefit protection is taxed on the value of the Reportable Economic Benefit (REB) he or she receives from participating in the split-dollar arrangement (unless he or she pays a portion of the premium at least equal to this amount).17 The REB cost may be calculated by using government premium rates. For many years, P.S. 58 rates were used to calculate the value of the protection. However, the IRS revoked the use of P.S. 58 rates and provided new Table 2001 rates. P.S. 58 rates may generally be used prior to 2002; Table 2001 rates may generally be used starting in 2001. Notice 2002-8 does provide for some grandfathering of P.S. 58 rates. For split-dollar arrangements entered into before January 28, 2002, in which a contractual agreement between an employer and employee provides that P.S. 58 rates will be used to determine the value of current life insurance protection provided to the employee (or the employee and one or more additional persons), the employer and employee may continue to use P.S. 58 rates.

These more stringent requirements for an insurer’s alternative term rates were contained in Notice 2002-8. In the authors’ opinion it will be very difficult for an insurer’s alternative term rates to meet the regularly sold requirement. This is due to the fact that in order to make these rates less expensive than the currently available government table rates (i.e., the Table 2001 rates), insurer’s typically make their one-year term products noncommissionable and nonrenewable. This begs the question of how they can be regularly sold if few producers are interested in selling them (because they won’t be paid a commission) and few insureds are interested in buying them (because they have to undergo medical underwriting each year to requalify). For split-dollar arrangements entered into after January 28, 2002 (or materially modified after that date), before using an insurer’s alternative term rates to calculate the REB cost, it is strongly suggested that an inquiry be made as to how many of the one-year term policies the insurer has actually sold so that the client’s tax advisor can determine whether such rates qualify as regularly sold.

There are no rulings on the amount of economic benefit to be included when the employee has not had a full year’s benefit under a policy (e.g., the policy was purchased on September 1 for a calendar year employee). It would seem that the IRS would accept any reasonable attempt at allocating the cost in such a year. Also, there has been no formal guidance from the IRS as to which rates should be used to measure the economic benefit resulting from a split-dollar arrangement using a policy which insures more than one life. The IRS has said that taxpayers should make appropriate adjustments to premium rates if life insurance protection covers more than one life. Where the policy death benefit is payable at the second death, it is generally believed that following the first death, the Table 2001 or P.S. 58 rates for single lives should be used to measure the survivor’s economic benefit.

The REB cost, regardless of whether the government’s table rates or an insurer’s alternative term rates are used, get more expensive as the insured gets older, and may become prohibitively expensive once the insured lives past age seventy. Although the REB cost for second-to-die arrangements may be very inexpensive while both insureds are alive, even at older ages, upon the first death single life rates apply and the REB cost can skyrocket. As a result of the increasing REB cost, split-dollar arrangements tend to be good short- and mid-term plans, but not particularly attractive long-term plans. For this reason, an exit or rollout strategy is generally recommended prior to the point where the REB costs become too expensive from and income and/or gift tax standpoint (see discussion of rollout strategies in the Frequently Asked Questions below).

The use of private split-dollar life insurance has grown substantially as a result of favorable rulings. It appears that private non-equity collateral assignment split-dollar remains viable (as well a private loan arrangements), but the issues in the new Regulations related to the income-tax compensation measures (discussed above) should be applicable to the gift-tax treatment of private equity collateral assignment split-dollar. Thus, agreements entered into before January 28, 2002 would be unchanged. In fact, existing agreements using the P.S. 58 table rates could potentially be enhanced by switching to the Table 2001 rates. One advantage of private split-dollar is the smaller gift-tax cost associated with the transfer of the premium for the pure term insurance protection. The Table 2001 rates would create a lower gift-tax cost for entering into a split-dollar agreement with the insured’s irrevocable life insurance trust. In fact, survivorship (second-to-die) coverage would result in an extremely low Table 2001 rate.

Many split-dollar arrangements were entered into with the goal of avoiding inclusion of the proceeds in the insured’s gross estate while at the same time limiting the gift tax consequences of the premium payments to just the REB cost. Under this type of arrangement, the insured’s Irrevocable Life Insurance Trust (ILIT) is the policy owner and a collateral-assignment agreement is formed with the insured’s employer (or the insured, in the case of private split-dollar). If it is an employer pay all (i.e., a noncontributory arrangement), the REB cost is taxable to the employee under the economic-benefit theory. In addition, the REB cost is also treated as gifts by the employee to the trust. Plans entered into prior to January 28, 2002 are grandfathered with respect to the measure of the economic benefit. However, plans entered into after that date would be subject to treatment under Table 2001 rates and the new restrictions with respect to the insurer’s standard term rates. This should not be a significant problem since lower economic-benefit rates result in a smaller income- and gift-tax cost. Again, pre-January 28, 2002 plans using P.S. 58 rates may consider the benefits of shifting to Table 2001 rates.

Some critical issues are presented for the split-dollar and loan arrangements entered into with an insured’s ILIT:

Use of Whole Life Dividends and Tax Implications

Generally, dividends paid under participating life insurance contracts are income-tax free because they are considered a return of the policy owner’s capital due to favorable mortality, interest, and loading experience.

But in a split-dollar arrangement, dividends paid to the insured more closely resemble a transfer of capital from the employer to the employee and may be added to any other taxable economic benefit provided by the policy. Generally, the results are as follows: