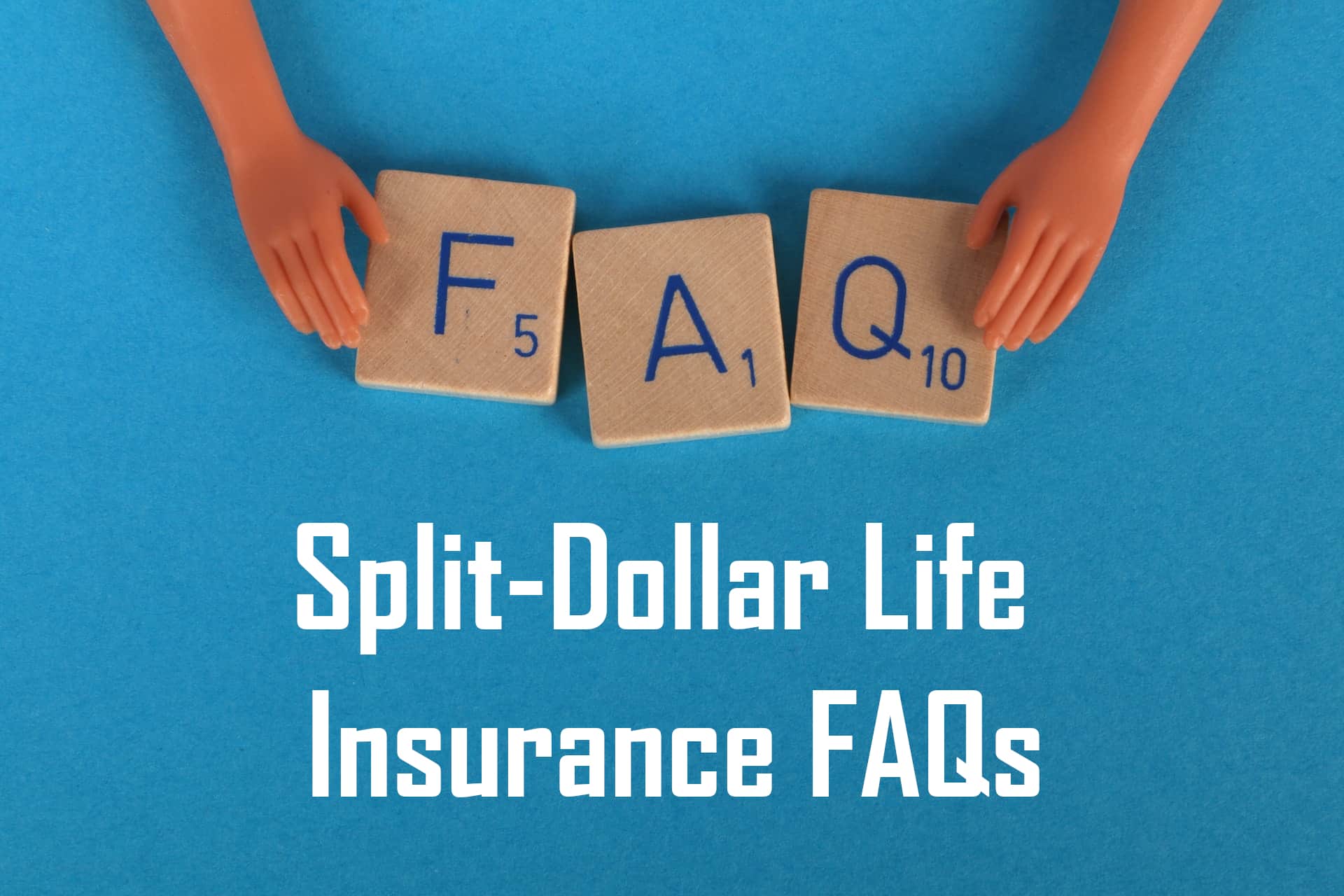 There are questions surrounding split-dollar life insurance. Life insurance is a big deal in any household. Without it, you’d have to worry about your loved ones. There are many options to choose from when it comes to buying life insurance. Our experts answer some questions revolving around this topic.

Question – What are the grandfathering provisions for equity split-dollar plans entered into prior to September 18, 2003?

Answer – The answer depends on when the parties entered into the equity split-dollar arrangement. If an employer and employee entered into an equity split-dollar plan before January 28, 2002, and the plan was terminated on or before December 31, 2003 by the employee repaying the employer’s premium advances (i.e., a rollout), any then existing policy equity was not subject to tax. That provision was a big opportunity for employees in mature plans with a substantial equity buildup to roll out of the plan with no tax on the excess equity, but for more immature plans with little or no equity buildup this provision provided no real benefit. If the immature plan were terminated by December 31, 2003, the employee would be faced with the prospect of paying the full amount of future premiums with after-tax dollars (or finding some other source for future premium payments), and those same amounts would also be subject to gift taxation if the policy were owned by an ILIT.

As an alternative to terminating an immature equity split-dollar plan entered into prior to January 28, 2002 (i.e., one without substantial equity buildup), the parties to the plan could agree to switch to a loan regime prior to January 1, 2004. Converting to a loan before January 1, 2004 avoided taxation to the employee of policy equity existing both at the time of the switch and at a later rollout. This loan safe harbor required that the beginning loan balance include all pre-2004 employer premium payments as of the beginning of the taxable year in which the switch occurs (although interest need not retroactively accrue on these prior employer payments), and that subsequent employer premium payments be treated as additional loans. This is the safe harbor that was most frequently used by immature old split-dollar plans and the technique has come to be called switch-dollar.

Note, not all old plans needed to be rolled out or switched to a loan by December 31, 2003 to enjoy the benefits of taxation under the loan regime. Old plans that did not have equity by December 31, 2003 can delay the switch to a loan until just before the plan accrues equity in a future year (i.e., the cross-over point) without causing adverse tax consequences. The reason for delaying the switch to a loan and continuing in split-dollar is to preserve the use of favorable REB rates for as long as possible instead of having to use loan interest rates. This delayed switch is another facet of the switch-dollar technique.

Question – Are there any income tax consequences to the employer or the policy beneficiary in an endorsement plan when the death benefit is paid?

Answer – The amount, if any, received by the employer in excess of its aggregate premiums appears not to be taxable to the employer pursuant to the Code section 101(a) death benefit exclusion.

In contrast, the death benefit proceeds (despite Code Section 101(a)) are excluded from the beneficiary’s gross income only to a certain extent. The amount excluded is that portion of the current life insurance protection provided to the nonowner to the extent the cost for such protection (REB) was paid by the nonowner or the value of such protection was taxed to the nonowner as an economic benefit. Therefore, the entire employee death benefit would be taxed to the beneficiary if the employee never contributed or paid tax on the REB cost.

Question – What are the consequences for a loan arrangement if an adequate interest rate is charged?

Answer – If adequate interest (based on the Applicable Federal Rate or AFR) is charged on a loan, then Code section 7872 generally does not apply (i.e., the loan is not a below market loan). As a result, especially when interest rates are low, some planners suggest that the best course of action may be to arrange the transaction as a term loan that states adequate interest so that the loan interest rates can be locked in for a period of time. Because adequate interest is stated, it can be paid annually, or even accrued until the end of the term, instead of being treated as transferred upon creation of the loan. However, if an employer directly or indirectly pays the interest to the employee (e.g., through bonus compensation), the stated interest is disregarded, and the loan is treated as a below-market loan under section 7872.

Question – Is there basis in the policy for the REB cost?

Answer – The Final Split-Dollar Regulations state that the non-owner does not receive any investment in the contract, or basis, for the payment of the reportable economic benefit into the policy.25 So for split-dollar arrangements that are subject to the final regulations, there is no basis for the REB cost regardless of whether it is paid or the insured is taxed on this amount. For split-dollar arrangements that are not subject to the final regulations, however, the answer is unclear. Dicta in a recent Tax Court case suggests that the REB cost does create basis.26

Question – Is an economic benefit crawl out a viable rollout strategy?

Answer – An economic benefit crawl out is simply a contributory collateral assignment split dollar arrangement in which the REB payments made by the policy owner are considered to reduce the collateral assignee’s interest. In the authors’ opinion this strategy is unlikely to pass IRS muster. When the policy owner pays the REB cost each year, it is paying for that year’s death benefit protection that is being provided. To also use the REB payment to reduce the collateral assignee’s interest would appear to constitute double dipping. It would be akin to paying interest on a loan and claiming that the interest payment also reduces the outstanding loan balance.

Answer ­– It is a hybrid plan that starts as non-equity collateral assignment split-dollar life insurance and then switches to a loan at some point. The switch may occur at the point where the cash value of the policy exactly equals the premiums paid, or when the REB costs start to get expensive in relation to the loan interest costs. By proceeding in this manner, the insured can take advantage of low REB rates for as long as possible, assuming they are lower than loan interest costs.

Question – How are split-dollar plans affected by Sarbanes-Oxley Act, which prohibits a public company, either directly or indirectly, from providing any type of credit to any director or executive officer?

Answer – Since the Sarbanes-Oxley Act’s interpretation and administration is within the jurisdiction of the Securities and Exchange Commission, the final split-dollar regulations do not address this issue. Most experts seem to think that collateral assignment split-dollar plans and split-dollar loan arrangement would fall under this Act. It is unlikely that the Act would apply to endorsement type split-dollar life insurance arrangements because the employer owns the policy under this arrangement and there is no loan of any premiums—the employee only pays for and is entitled to an interest in the death benefit under such an arrangement. As of the date of this writing, the SEC has expressed no opinion on the application of the Act to split-dollar life insurance arrangements.

Therefore, until the SEC provides further guidance, directors and executive officers of public companies should be very wary about paying any new premiums after July 30, 2002 pursuant to a collateral assignment split-dollar or loan arrangement (keeping existing collateral assignment or loan arrangements in place may be okay as long as there are no further extensions of credit, but additional premiums should be paid via a bonus arrangement instead). The plans may be beyond the reach of the Act if the plans can be considered as a binding commitment entered into prior to the Act’s effective date and are grandfathered under the Act. The consequences of violating the Act can be severe–up to and including the imposition of fines and criminal penalties. However, remember that Sarbanes-Oxley applies only to senior executives of public companies and not to closely-held companies. Closely-held companies are probably the largest market for split-dollar plans.