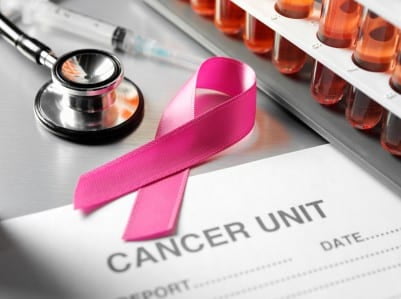 This discovery was made by a team of researchers at the Duke Cancer Institute and was presented on June 15, 2013, at the 95th annual Endocrine Society meeting in San Francisco.

Their discovery demonstrated that bazedoxifene, a drug approved in Europe for the treatment of osteoporosis, can also inhibit the growth of breast cancer cells, even in cancers that have become resistant to current targeted therapies.

According to the study, bazedoxifene has a powerful one-two punch that not only prevents estrogen from fueling breast cancer cell growth but also marks the estrogen receptor for destruction.

“We found bazedoxifene binds to the estrogen receptor and interferes with its activity, but the surprising thing we then found was that it also degrades the receptor; it gets rid of it,” said senior author Donald McDonnell, Ph.D., chair of Duke’s Department of Pharmacology and Cancer Biology.

This type of treatment has serious side effects, including immune system depression, fatigue, gastrointestinal distress, and a tendency to bleed easily.

Many researchers assumed that once breast cancer cells developed resistance to tamoxifen, they would also develop resistance to all drugs that target the estrogen receptor, according to McDonnell.

“We discovered that the estrogen receptor is still a good target, even after it resistance to tamoxifen has developed,” McDonnell said.

Because bazedoxifene has already undergone safety and efficacy studies as an osteoporosis treatment, Wardell believes it could be a viable near-term option for patients with advanced breast cancer whose tumors have become resistant to other treatment options.

Hot flashes were the most common side effect in the bazedoxifene treatment group during the clinical trial.

Pfizer Pharmaceuticals, the manufacturer of bazedoxifene, provided funding for this study. Pfizer is currently collaborating with the FDA to determine exactly what research results are required for this drug to be approved for breast cancer treatment.

According to the National Cancer Institute, breast cancer is the second-most lethal type of cancer in women. They estimate that over 40,000 women will succumb to the disease in 2013 and that approximately 230,000 new cases will be diagnosed.