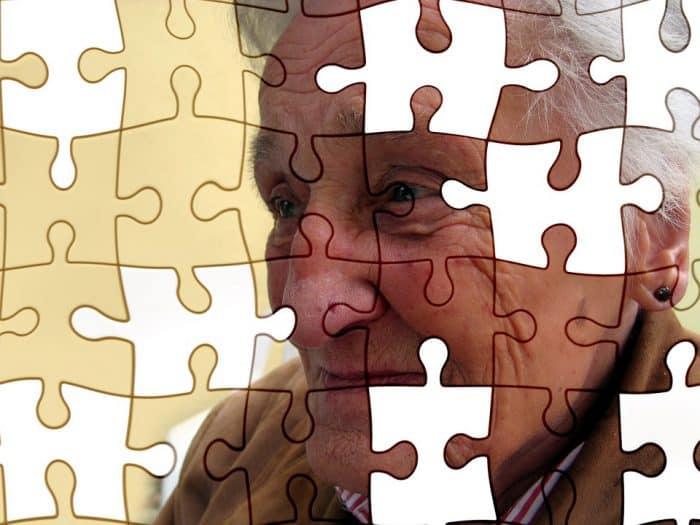 This is the first time that experts convened by the National Academies of Sciences, Engineering, and Medicine have deemed scientific evidence sufficient to suggest that dementia and age-related cognitive decline may be preventable.

In a separate report issued seven years ago by the Agency for Healthcare Research and Quality, scientists stated that they couldn’t recommend any interventions to prevent or slow cognitive deterioration because state-of-the-art science at the time didn’t provide enough support.

There is now a much larger body of research to draw from. While the findings are far from conclusive, Story Landis, vice chair of the 17-member panel that prepared the report and director emeritus of the National Institute of Neurological Disorders and Stroke, said, “we found encouraging evidence that supports the value of several interventions.”

That doesn’t mean the strategies will always protect brain health. “You can do everything right and still get dementia later in life,” Dr. Kenneth Langa, a panel member and professor of internal medicine, gerontology, and health management and policy at the University of Michigan School of Public Health, said.

This is not to say that these are the only interventions that hold promise. Managing depression, controlling diabetes and high cholesterol, participating in social activities, getting enough sleep, eating a healthy diet, taking disease-modifying treatments for dementia (if and when they become available), and getting enough vitamin B12 and folic acid all appear to be worthwhile, according to the NAS report, though more research is needed before those strategies can be formally recommended.

A separate comprehensive study published in The Lancet on Thursday found that addressing lifestyle factors that increase the risk of cognitive impairment could help prevent more than one-third of dementia cases worldwide.

The NAS panel recommended that its findings be shared with the public and physicians, but it did not recommend a major public health campaign, citing the need for more research.

Based on interviews with panel members and outside experts, here are some key findings from the report:

Strategies are effective in some cases but not in others.

Two of the NAS-recommended interventions, cognitive training and physical activity, appear to have the potential to postpone age-related cognitive decline. However, there is no evidence that they can prevent dementia or mild cognitive impairment, a condition that can lead to dementia.

The only strategy thought to have the potential to prevent or delay the onset of Alzheimer’s disease is the management of high blood pressure. However, it was not demonstrated to have an effect on age-related cognitive decline.

Once Alzheimer’s symptoms are identified, such as amyloid beta plaques and tau tangles in the brain, some interventions may be ineffective, according to Dr. Ronald Petersen, a member of the NAS panel and director of the Mayo Clinic’s Alzheimer’s Disease Research Center.

It is now known that the biological changes associated with Alzheimer’s and related dementias begin a decade or more before symptoms appear. As a result, it is best to implement recommended lifestyle changes early and maintain them over time.

“Prevention really needs to start in people who don’t show any sign of the disease — probably when people reach their 40s,” said Jeffrey Keller, director of the Institute for Dementia Research and Prevention at Louisiana State University, who was not involved in the NAS study.

Controlling high blood pressure, which helps preserve the health of blood vessels in the brain, is most effective if started in middle age, according to the NAS report. However, if you’ve reached the age of 65 and your blood pressure isn’t under control, Landis advises you to do so.

The same is true for physical activity: it is best to begin in middle age, but becoming more active later in life is still beneficial to your health.

While it is unknown which type of activity is most effective, for how long, and how frequently it should be pursued for maximum brain benefit, walking briskly for 150 minutes per week, or about 20 minutes per day, is a good idea, according to Petersen.

A good education and ongoing mental stimulation are probably the best cognitive training you can get. “There’s growing evidence that the ways in which your brain is challenged all through your life matter,” noted Langa, whose research has documented a decline in dementia rates in high-income countries over the past 25 years.

However, quantifying the impact of education on brain health is extremely difficult. So the NAS panel endorsed cognitive training based largely on the Advanced Cognitive Training for Independent and Vital Elderly randomized controlled trial, which studied thousands of older adults over the course of ten years.

ACTIVE had certified trainers work with seniors in small groups on various cognitive exercises for 10 hours or more over the course of five to six weeks. Feedback was an important component of the intervention, and booster sessions were provided. There was evidence of a positive effect on seniors’ independence and ability to perform daily tasks after ten years.

What was the source of this effect? What about the training? What about social interactions? Feedback? What about booster sessions? All or some of the foregoing? It’s not clear yet.

It’s worth noting that the panel insisted that commercially available computer-based brain games couldn’t be expected to have the same effect. So far, brain game research has failed to demonstrate that this type of training improves general cognitive functioning and people’s ability to function independently.

“The data supporting their efficacy just isn’t there,” said Petersen of the Mayo Clinic.

Try a variety of approaches rather than just one.

When scientists examine the brains of Alzheimer’s patients, they find amyloid beta plaques and tangles, but also changes in blood vessels, evidence of microbleeds, and white matter lesions. “It’s mixed dementia caused by multiple factors — not just one,” Landis explained.

The corollary is to try several approaches to reducing age-related cognitive decline or dementia rather than just one.

“If we think of Alzheimer’s as a multifactorial disease, it makes sense to reduce multiple risk factors simultaneously,” said Rong Zhang, associate professor of neurology and neurotherapeutics at University of Texas Southwestern Medical Center. Zhang is also the principal investigator for a five-year study investigating whether aerobic exercise combined with intensive control of hypertension and cholesterol can help prevent Alzheimer’s. That study, the Risk Reduction for Alzheimer’s Disease trial, is currently enrolling participants at six medical centers.

“The brain is complicated and its response to interventions is complex,” Langa said. “Therefore, the more strategies that you use to try to improve the brain’s health long term, the more likely they’re going to work.”

The NAS report found no evidence to support the use of ginkgo biloba or vitamin E, which are popular among people concerned about their brain health. It also questioned the efficacy of other supplements, stating that overall dietary patterns appear to be more important than any single substance.