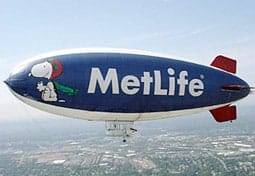 Metropolitan Life Insurance Company has signed a multi-million dollar settlement with 22 states to resolve allegations that MetLife engaged in improper practices in the payment of benefits under life insurance policies that had gone unpaid for years.

The agreement is expected to transfer millions of dollars in death benefits to state controllers’ offices, which will then seek to locate and pay the beneficiaries.

MetLife agreed to the following as part of the agreement:

-Implement business reforms that increase efforts to locate policyholders and beneficiaries within 120 days of an insured’s death.

-Perform quarterly matches for a year, then monthly matches against the Death Master File to look for evidence that a Metlife insured person died. If a match is found, the company will conduct a “thorough search” for the insured or beneficiaries, which will include the use of databases, mail, phone calls, and email (if available).

-If an insured or beneficiary cannot be located within one year, MetLife will report and pay the death benefit or annuity payment to the appropriate unclaimed property department.

-In addition, MetLife agreed to look for insureds or beneficiaries of low-value or industrial life insurance policies sold between the early 1900s and 1964. A large number of these policies were sold in Florida. MetLife is going above and beyond to gather the information needed to identify these insureds. The industrial policies alone are estimated to have nearly 15,000 Florida policyholders with more than $9 million in face value. National industrial life policies are expected to cost more than $400 million.

Benefits in excess of $500 million are expected to be paid out as a result of the settlement. In addition, the company will pay $40 million to state insurance departments. MetLife has agreed to strict business reforms in order to pay out life insurance benefits as quickly as possible.

“I am gratified that so many other state regulators have joined in signing this important agreement so we can move forward in helping consumers,” said California Insurance Commissioner, Dave Jones. “This will give piece of mind to MetLife policyholders and beneficiaries across the country, knowing that they can expect their life insurance benefits to be there when the time comes.”

If MetLife discovers that a policyholder has died, it must conduct a thorough search for beneficiaries, utilizing contact information from its records as well as online search locator tools. MetLife must transfer the benefit to the appropriate state controller as unclaimed property if it does not find a beneficiary within a year of learning of a death.

“This agreement represents another milestone in the ongoing coordinated multi-state multi-agency investigation to change industry practices. Consumers need to know that when purchasing insurance products critical to their financial security – a promise made is a promise kept,” said California Insurance Commissioner, Kevin McCarty. “We will remain vigilant in our review of other large insurance groups and anticipate concluding similar settlements with other companies to ensure that life insurance and annuity beneficiaries receive the benefits to which they are entitled.”

This agreement addresses the practice of life insurance companies determining whether or not an insured has died by comparing policyholder records to the Social Security Administration’s Death Master File. Many companies have used this method to stop annuity payments but not to issue life insurance payments.

MetLife has agreed to compare its policyholder information to the Death Master File on a regular basis, and if it discovers that an insured has died, it will either pay the beneficiary or send the policy benefit to the appropriate unclaimed property department within one year. The Florida agreements and orders apply to MetLife’s life insurance annuity contracts and retained asset accounts. Payments totaling more than $200 million are expected as a result of the agreements.

When an insured or beneficiary cannot be located, the insurance company must report and remit the policy’s monetary value to the insured’s state department of unclaimed property. During Jeff Atwater’s tenure as CFO, the Bureau of Unclaimed Property has experienced record returns, reuniting owners, heirs, and businesses, with more than one-third of all money returned since the program’s inception, owing largely to aggressive efforts to contact owners. Unclaimed property has no statute of limitations, and citizens have the right to claim their property or the earnings derived from their abandoned property at any time and at no cost.

The Investigation of Life/Annuities Claim Settlement Practices Task Force, chaired by McCarty, was formed in early 2011 by the National Association of Insurance Commissioners (NAIC) to guide and coordinate the multi-state examination process. Similar agreements have already been reached by Prudential Insurance Company of America and its affiliates, as well as John Hancock Life Insurance Company.

Florida, California, Illinois, North Dakota, New Hampshire, and Pennsylvania are leading examinations of the largest insurance companies. During this stage of the Task Force’s work, the emphasis has been on the top 40 insurance groups, which account for more than 92.4 percent of the national market for life and annuity products.