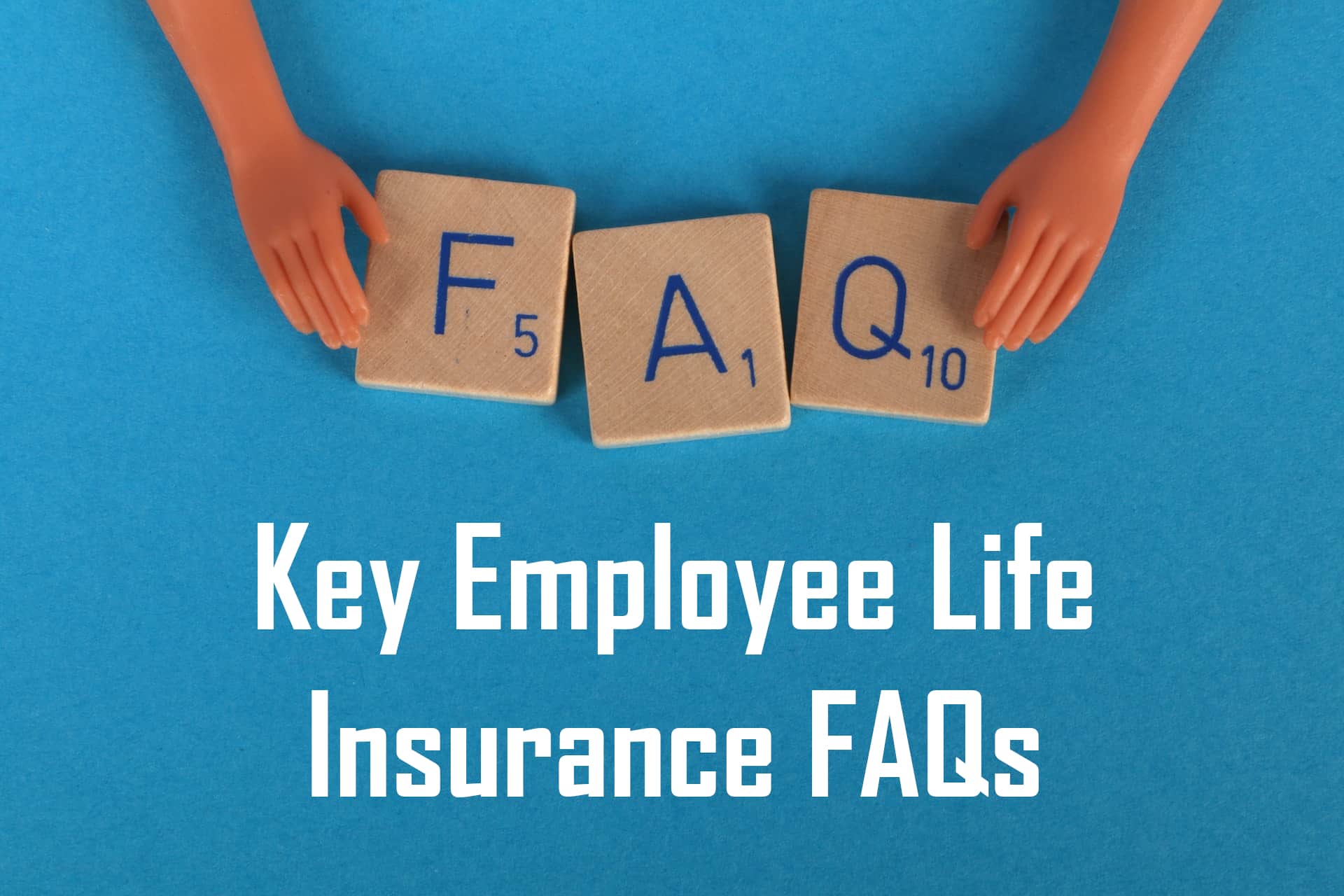 Question – Can life insurance be used in a Keogh (HR-10) plan?

Answer – A Keogh plan is a qualified plan covering a proprietor or one or more partners of an unincorporated business. Life insurance can be used to provide a death benefit for regular employees covered under the plan, and the rules apply. Life insurance can also be provided under the plan for a proprietor or partners. However, slightly less favorable rules apply. For example, amounts contributed to the plan for the purchase of life insurance for a self-employed person are not deductible, nor can such amounts be recovered tax-free from benefits received under the policy.

Question – Can life insurance be used in a Section 403(b) tax-deferred annuity plan?

Answer – Life insurance can be provided as an incidental benefit under a tax-deferred annuity plan. It is provided on much the same basis as in a qualified profit-sharing plan and subject to the same limits. Covered employees will have Table 2001 (formerly P.S. 58) costs to report as taxable income, as in a regular qualified plan.

Question – Can universal life insurance be used to provide an insured death benefit under a qualified plan?

Answer – Universal life and similar products may be used. However, even though universal life has an investment element like that in a whole life policy, the IRS has taken the view that the incidental limits are applied as in the case of term insurance – that is, the aggregate premiums paid must be less than 25 percent of aggregate plan contributions for the participant. While this is clearly incorrect (since a portion of a universal life premium represents a savings or investment element), neither the IRS nor the courts have yet offered relief from this 25 percent limitation.

Question – Can a participant in a qualified plan have the plan purchase life insurance on the life of a spouse or a business partner?

Answer – Yes. Some of the applications of this technique are: (1) the purchase of life insurance on a co-shareholder to help fund a buy-sell agreement; or (2) to provide for a beneficiary and avoid estate taxes on the death of the employee-participant. Second-to-die insurance is sometimes used for this latter purpose.

Question – Can a qualified plan trustee borrow against the cash value of life insurance policies held in the plan?

Answer – Life insurance is particularly advantageous in defined benefit plans because it adds to the limit on deductible contributions. This add-on feature allows greater tax-deferred funding of the plan. A defined benefit plan can be funded to provide the maximum tax-deductible contribution for retirement benefits for each participant. The cost for life insurance can then be added to this amount and deducted.

Question – How can life insurance help to solve the problem of excessive taxation when a large distribution from a qualified plan is made upon the death of the participant to the participant’s grandchild?

Answer – Rather than accept the imposition of three different taxes (i.e., estate tax, generation-skipping transfer tax, and income tax at the beneficiary’s rate), the participant should consider leveraging the qualified plan account to provide tax-free benefits for future generations. This can be accomplished by establishing an irrevocable trust to be the applicant-owner-beneficiary of insurance on the participant’s life and taking early distributions from the qualified plan to pay the annual premiums.

If the above plan was not undertaken and all three taxes applied, the participant’s grandchild would likely receive less than 20 cents on the dollar. By withdrawing substantial sums and purchasing life insurance through an irrevocable trust, the grandchild would likely receive twice that amount (the net proceeds payable from the plan plus the tax free proceeds from the life insurance on the participant’s life). If the participant were married, a survivorship life policy could be purchased by the trust that would pay off upon the death of the second to die. In such a case, much more insurance could be purchased with the same annual premium and the heirs could net as much as two or three times what they otherwise would have received.

Question – How can an employer cut turnover costs involved where life insurance is purchased on covered employees?

Answer – Turnover costs involved in buying cash value insurance policies can be minimized by having a longer waiting period for insurance than the plan’s waiting period for entry. In the interim period, the death benefit for participants not covered by cash value policies can be provided by term insurance. In the past, many plans did not provide insurance for employees who were beyond a specified cutoff age. Under current age discrimination requirements, this probably is no longer allowed.

Question – Can insurance coverage be conditioned on the taking of a medical examination?

Answer – Yes. Insurance coverage can be conditioned on taking a medical exam if this does not result in discrimination in favor of highly compensated employees. For employees who do not pass the medical exam, insurance is typically limited to the amount, if any, that can be purchased for them using the amount of premium dollars that would be available if they were insurable. For example, if the plan’s insurance formula provides insurance of one hundred times the monthly benefit for standard risks (i.e., those employees who pass the medical exam), the insurance provided for a medically rated employee might be only fifty times the monthly benefit, since a fifty-times benefit for that employee would cost as much to provide as a one-hundred-times benefit for a standard risk.

Question – Does the Department of Labor (DOL) have a problem with permanent life insurance in pension plans?

Answer – The DOL has alleged that it is a breach of fiduciary duty to fund death benefits in qualified pension plans with permanent life insurance. Their suggestion is that permanent insurance is too expensive to fund such death benefits and that less expensive term should be used. Planners should note, however, that in each of the cases where the DOL alleged a breach of fiduciary duties under the Employee Retirement Income Security Act (ERISA), the plans were very large, yet the policies purchased were individual contracts with relatively high loadings and commission structures.

In the authors’ opinion, had the plans used low load group vehicles rather than individual contracts the DOL would not have objected nor would the courts have supported the DOL. The plan trustees, insurance agents, and insurer did not match the product with the problem. The issue also gives fair warning to life underwriters not to serve as plan fiduciaries if a conflict of interest attack is to be avoided.

Question – Under the concept of pension maximizing, how can life insurance be used for retirement planning as an alternative to the joint and survivor annuity?

Question – What is the subtrust concept and does it work?

Answer – Some authorities have suggested that it is possible to avoid federal estate taxation on life insurance proceeds paid as part of a distribution from a qualified retirement plan through a subtrust concept. One variation of this technique works like this:

Step 1: The insured-participant makes an irrevocable beneficiary designation that divests him of the right to change the beneficiary of plan proceeds.

Step 2: The qualified plan is amended to provide that the policy will not be distributed to the insured at retirement. This amendment is made to eliminate an IRS argument that the insured retained a reversionary interest in the policy.

Step 3: The plan is amended to give the insured a right to purchase the policy for its full value at retirement.

Step 4: To insulate an insured who is also a trustee of the plan from an incidents of ownership attack by the IRS, a special trust (subtrust) is created. Policies on the life of the insured-trustee are placed into the subtrust. The insured is given no control over the subtrust and cannot remove its independent trustee.

Will this subtrust concept work? The answer appears to be a resounding NO! In an unpublished Technical Advice Memorandum, the IRS has indicated that a life insurance subtrust may disqualify the pension plan. Though this TAM was not published, the taxpayer to whom it was issued sent a copy of it to Steve Leimberg who published it in his Employee Benefits and Retirement Planning Email Newsletter – Archive Message #385 (September 19, 2006).

Alternative to the subtrust concept – It is possible and sometimes desirable to remove life insurance from a qualified plan. The easiest way is for the trustee to allow the policy to lapse and for new insurance to be purchased outside the plan (preferably by adult beneficiaries or a trust for the intended recipient of the proceeds). A sale by the retirement plan of the policy to the insured or the insured’s irrevocable trust is another possibility where the insured is in ill health, the policy in question is beyond the incontestable period, or for whatever other reason the participant does not want the original policy to lapse (see previous discussion).

Question – Can second-to-die insurance be used inside a qualified pension plan?

Answer – Many authorities seem to believe it should not. In a 1997 bulletin reporting on the American Society of Pension Actuaries Conference that year, the AALU reported that the IRS may question the acceptability of the acquisition by a qualified pension plan of a second to die contract—­presumably on the lives of an employee participant and that person’s spouse. The Bureau of National Affairs (BNA), a private tax reporting service has reported that “Employers considering second-to-die life insurance contracts inside defined benefit or money purchase plans would be well advised to reconsider.”