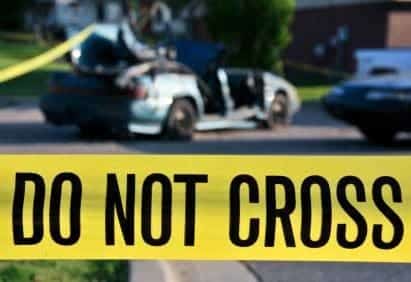 Accidental death insurance is rising in popularity because accident is now the #1 leading cause of death for ages 1-44 according to the CDC.  Coverage is available up to $500,000, enrollment takes less than ten minutes and there are no health questions or exams required.

For this reason, young families may want to take a second look at accidental death policies as a substantial supplemental to their life insurance portfolio. Historically, ADD insurance was called “accidental death and dismemberment” because it not only covered death by accidents, but accidental loss of limbs or bodily functions, like eyesight. Dismemberment is defined as the loss, or the loss of use, of body parts or functions (e.g., limbs, speech, eyesight, or hearing).  Today, the dismemberment rider is less common but is sometimes available at additional cost.

Accidental death insurance is a single-peril policy. Buyers need to pay specific attention to each policy’s definition of accidental death and the named exclusions in the policy vs. regular life insurance that pays out upon death by any cause at any time in any place, except for death by suicide within the first two policy years (one year in some states).

Each company has its own exclusions and parameters of what constitutes an accidental death.  But your reward for this homework is a low-cost policy that can provide valuable amounts of coverage and is easy to buy.

Why Own Accidental Death Insurance?

But remember, there is no coverage if you die from an illness.  Accident-only means just that, whereas, a regular life insurance policy will generally cover death by any cause at any time in any place, subject to a one to two-year contestability period in most states.

If your employer is offering free life insurance as a benefit, take all you can get.  However, keep in mind, that employer-provided coverage is owned by the employer and not you. Most likely not be portable if you leave your firm.

What is not covered?

However, there are many exclusions than an accidental death policy will not cover.  The most important are illegal acts and intentional acts.

Additionally, if you die because of an accident, but not right away, your beneficiary might not realize any benefits. To collect on an ADD policy, it must be proved that a death or injury was directly caused by the accident or occurred within a certain time frame after the accident, usually three months.

ADD policies often exclude deaths due to high-risk activities such as skydiving or car racing. And deaths caused by drug overdose, drunken or drug-impaired driving by the insured, war, complications from surgery, mental illness, suicide and certain other circumstances likely won’t be covered.

Sample exclusions for death benefit from one insurer:

“Assurity will not pay the death benefit if death results from the insured: engaging in or attempting to commit a felony; engaging in an illegal occupation; intentionally causing a self-inflicted injury; committing or attempting to commit suicide; whether sane or insane; involved in any period of armed conflict, whether declared or not; using drugs or alcohol except for prescribed drugs taken as prescribed; piloting a non-commercial aircraft more than 150 hours annually; “flying for pay” an aircraft outside of established air routes in the United States and Canada; involved in motor vehicle or boat racing, hang gliding, sky diving, mountain or rock climbing, underwater diving and pro sports; traveling outside of the United States or Canada for more than 14 days; or operating a motor vehicle while under the influence of alcohol or drugs.”

Initial rates on accident policies are often guaranteed up to age 75, sometimes even age 80.  Some insurers allow coverage up to $500,000.

The below chart shows some market rates for accidental death insurance as of December 2019.  Note that males tend to cost more than females, which is reflexive of actual death rates.