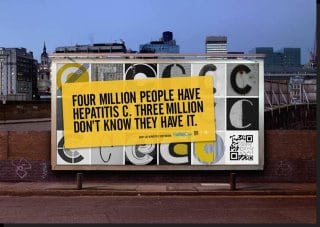 If you have Hepatitis C, you also have insurance options you need to understand

If you watch a little television, you’re sure to have seen some of the $100 million ad campaign for a medication called Harvoni. It’s an $1,100-per-pill treatment for Hepatitis C, and it’s generated controversy and lawsuits, state investigations and even some sharp blowback from members of Congress.

“Patients have Harvoni on the mind because of these TV commercials,” says  hepatologist Dr. Douglas Dieterich of Mount Sinai Hospital.

And the campaign has been tough to miss with ads for Harvoni saturating the airwaves on channels for every viewer taste. The total cost of purchasing the time slots has been estimated at between $60 million and $80 million by various media research firms.

Hepatitis C, according to a recent study by the Centers for Disease Control and Prevention, is estimated to affect 4.1 million adults in the United States who have tested positive for HCV antibodies, and 3.2 million of them have chronic HCV or Chronic hepatitis C. The CDC also says that 50 to 75 percent of people infected with HCV have no idea they even host the disease.

“I think the prevalence is as high as it is because Chronic Hepatitis C is a ‘silent disease’ in that symptoms often do not appear for years,” says Dr. Leopoldo Arosemena, a liver disease specialist and assistant professor of medicine at the University of Miami. “Approximately 70 to 80 percent of people newly infected with chronic HCV do not have any symptoms. Many are surprised by the diagnosis. Often, I have to take a very detailed history to retrospectively find any potential risk factors and estimate the length of the infection.”

So where do you stand in terms of getting life insurance if you’ve have been diagnosed with  – or are living with – HCV? According to most insurers, it comes down to how effectively your liver is functioning now.

“The underwriter would want to know if there is any inflammation of liver cells. Also, they would want to know if the individual has seen a doctor about it and if the doctor decided to do a biopsy,” says Craig Davidson, Lead Medical Director for Prudential Individual Life. “If the biopsy is benign and the liver function test is okay, we would offer a low substandard rating. But in cases where the person is doing really well and the viral count is low – or seemingly non-existent – they could get a standard rating. It really depends on the prognosis of the individual. If there are no virus particles in the blood, then that person is probably in remission.”

Other factors might include how much alcohol a person drinks on a regular basis.

Life insurers may deny an applicant for life insurance if they have an extremely high liver function and if a biopsy shows fibrous tumors or scarring. Those are typically signs a patient is at end-stage cirrhosis of the liver, and they might also indicate liver cancer.

The pitch has also been backed up by “unbranded” magazine ads and TV spots which funnel sufferers to a website aimed at providing information to Hep C Patients in search of treatment options.

For the makers of a drug which costs – for a full course of treatment – more than $90,000, the stakes are high indeed.

So where do you find out if insurance will cover you as a HEP C patient? The best place to begin your search is educating yourself when it comes to the cost of various policies here with the most useful tool to price life and health insurance policies…

In fact, the Massachusetts Attorney General threatened to sue over the price of the treatment and even went as far as to suggest that the pricing constitutes unfair trade practices. In New York state, the attorney general is investigating insurers that have denied patients coverage regarding the drug.

Complicating matters is the fact that, for the vast majority of patients, the drugs work like a charm. Doctors say they can cure Hepatitis C, and with very few side effects, in just a matter of weeks. Stacked up against options such as liver transplants, the appeal of the treatment is obvious.

According to John Mack, the publisher of Pharma Marketing News,  a number of insurers and physicians are taking a “wait-and-see attitude.”

As for the known facts about HEP C, the literature is fairly extensive. The disease can be transmitted via dried blood, and according to the CDC, it can remain dangerous on outside surfaces for up to 16 hours and as long as four days. While exposure to body fluids can heighten the risk of HEP C, only those fluids which include traces of blood can lead to infection. Prevention techniques include cleaning up areas where infected blood is present with a 10 percent bleach solution.

The good news, if indeed there is any good news about such a deadly disease, is that HCV cannot be inhaled, ingested or swallowed, it can’t be transmitted via dog or cat bites and it’s strictly passed from hosts through blood-to-blood exposure.

A study from the CDC published in the Annals of Internal Medicine says baby boomers, people between the ages of 47 to 67, are at the highest risk of contracting HEP C.

“Baby boomers are disproportionately affected by HCV in the U.S., and many of them were infected decades ago,” says Jennifer Ruth Horvath of the CDC. “The reason why this group has high rates of infection is not completely understood. Many baby boomers have become infected from contaminated blood and blood products before universal precautions were adopted and widespread screening of blood supplies began in 1992.”

Regardless of the facts and the dangers of the disease, you can get life insurance if you have HEP C.

While the dangers of hepatitis are now part of the national conversation, the condition should not prevent someone who has been diagnosed from buying life insurance. Prudential’s Davidson notes that, unlike patients suffering with HIV, most patients with HCV should be eligible for coverage – but only if they meet several crucial criteria.

It’s also worth noting that testing for Hep C  is not, at least as of now, a part of routine blood work. You must ask for it to be included specifically in checkups, and it requires only a simple blood test. Most private health insurance plans currently cover one-time Hep C testing for Baby Boomers, as do Medicaid and most Medicare programs, so if you were born between 1945 and 1965, it might make sense to be tested.