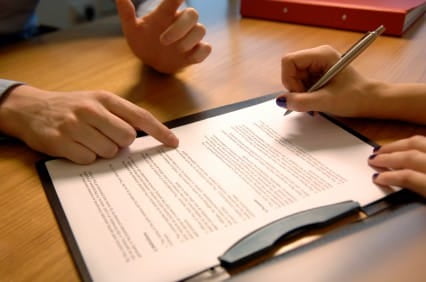 Reading a term life insurance illustration is a lot easier than reading a whole life or universal life illustration.

Being able to read and understand the illustration before making a purchase is a proactive approach to avoiding mistakes or misunderstandings. The following factors are important to consider when evaluating and comparing term life insurance illustrations.

However, only a few of these will apply to a particular policy, and some are rarely if ever used.

It is highly recommended to always buy from a company with an “A” or higher rating, for your own safety and peace of mind, and never buy from an agent whose illustrations have not been rated by any of these agencies.

You are unlikely to see this column in a pure term life illustration because term life has no cash value account or investment promises of any kind.

An important but unsung provision on most term life policies is the ability to convert them into a permanent plan of insurance with no medical exam requirement. This convertibility feature becomes extremely important if a term life policyholder becomes ill or uninsurable as they approach the end of their initial term life rate guarantee period.

Right to Renew Without a Physical Exam

This term life feature, which is commonly misunderstood, allows policy renewal without a physical exam beyond the initial rate guaranteed period. People who, at the time of their initial rate expiration, have become terminally ill and thus cannot get life insurance from any other company typically exercise this right. In this case, the renewal premiums revert to what’s called “annual renewable term”, which cost much more than the expiring premium, but are gladly paid by the family of an insured who is about to die.

Industry critics who do not understand the practical workings of the automatic renewal provision don’t like the high prices on the renewal. But, they often forget that only people who are uninsurable will pay that premium and that having that option open is often a Godsend for the affected family.

These premiums do not require re-qualification (providing evidence of insurability) after the policy is issued. Future premium rates shown beyond the guaranteed level period are not guaranteed and may be changed by the insurer without notice, subject to the maximum guaranteed premiums.

Dividends are typically non-existent with the modern term life policy, unless the company or issuing organization has a set dividend program.

Depending on whether a insurer uses insurance age (your actual age plus six months and one day), age nearest birthday (the typical methods used by almost all insurers), actual age, or age last birthday, it will have an effect on the desired effective date of your policy.

Backdating a policy to “save insurance age” can offset this; i.e., having a policy backdated to just prior to an insurance age change, which would mean a lower premium for the life of the policy.

This is a factor applied to the annual premium to derive the premium due for semi-annual, quarterly, and monthly bank draft payments.

The insurers impose these factors because they do not have the use of the money for the entire year, and because they find that, depending on the mode, there is a higher chance that the policy will lapse.

Typically, the annual policy fee ranges from $45 to $90. The policy fees are added on top of the rate per thousand. The major impact is to the seller of the policy as policy fees are usually non-commissionable.

The policy is guaranteed to be renewable for a certain number of years (or to a specified age), upon timely payment of the premiums, regardless of any changes in health or finances.

What optional benefits are available? Have these been shown on the illustration? These should be considered separately. Keep in mind that many of these riders are more profitable for the insurance insurer than for the policy owner.

What does the designated rate class mean? Are there better rate categories? What qualifications must be met to be qualifying for the class illustrated?

Claims are denied for suicide occurring within one to two years upon issue of the policy, which is the typical range. Claims may also be contested during this period (usually for the same number of years).