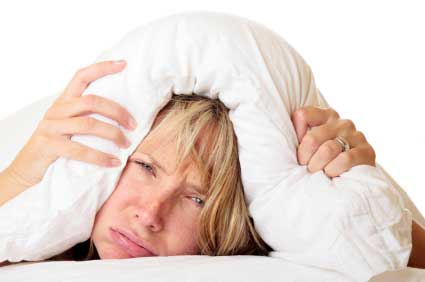 “Without proper sleep, the body is under stress and releases hormones to combat that, this increases blood pressure— and the body literally goes into ‘fight or flight’ mode,” said Tom Hinerman, partner for the Hinerman Group in Salida, Colorado

If disrupted, it could be deadly—even that precious hour lost during daylight savings time can have hazardous consequences. An article published in the September 2009 issue of the Journal of Applied Psychology showed that losing an hour of sleep increases the threat of on-the-job injuries for those in hazardous work environments.

“One hour of lost sleep may not seem like a lot. But our findings suggest it could have an impact on people’s ability to stay alert on the job,” said the article’s lead author, Christopher Barnes, Ph.D. and researcher from Michigan State University.

In order to dissipate some of these symptoms, Hinerman says that some correct breathing while using machines like the CPAP (continuous positive airways pressure). Medical expenses like these can add up, which is why it’s important to consider life insurance and how conditions like these will affect your premiums.

“If an individual applies for life insurance within the first year after starting CPAP, we would generally offer a policy with a small extra premium,” says Robert Pokorski, a medical director for The Hartford. “If he or she has been using CPAP for more than a year, and if all is going well from a medical perspective, in most cases there would be no additional premium required for sleep apnea.”

“If a person does not disclose a sleep disorder during the [initial] interview, we will eventually find out, because the interview is followed by a medical evaluation… and information about a sleep disorder would show up in their medical history,” says Hinerman.

Hinerman strongly encourages those suffering from the condition to disclose it in their initial interview. Eventually it will be discovered in your medical evaluation, and if you lie about a disorder, you could be rejected for life insurance; worse, you could be denied a payout if the condition causes an accident or injury. And that’s just not worth losing sleep over!

Sleep disorders affect more than 70 million people in the U.S., according to the American Academy of Sleep Medicine. While The International Classification of Sleep Disorders, Second Edition documents 81 official sleep disorders, here are seven of the most common:

1. Restless Leg Syndrome (RLS) or Wittmaack-Ekbom’s Syndrome- This condition is characterized by a patients inability to stop their legs from moving while sitting or lying down, according to The Restless Legs Syndrome Foundation, an organization concerned with awareness and treatment of the condition. RLS usually disrupts normal sleeping patterns and women are more likely than men to develop the disorder.

2. Narcolepsy – The Mayo Clinic defines narcolepsy as a sudden and uncontrollable need to sleep that occurs at times that are outside of a regular sleeping schedule. Unlike those without the disorder who usually enter REM sleep within 30 minutes, a narcoleptic can fall deep into REM sleep within five to 10 minutes. Although it has been known to develop later in life, the disorder usually manifests in people between the ages of 35 and 45. Similar to other sleeping disorders, the primary complaint of those who are not aware they have the disorder is excessive daytime sleepiness or EDS.

3. Sleep Enuresis (Bed-wetting) – While bed-wetting is fairly common in children, the condition continue into adult years and indicate the parasomniac condition “sleep enuresis.” People suffering this condition have no control over their bowel movements while sleeping. “Abnormal Sleep Architecture and Refractory Nocturnal Enuresis,” an article published in the October 2009 edition of The Journal of Urology, found a possible link between limb movement during the night that could possibly lead to cortical arousablity—meaning, the body might be faking itself into being awake, but the brain is not.

4. REM Sleep Behavior Disorder (RBD) – The Journal of Clinical Sleep Medicine defines RBD as a condition where people act out dramatic or violent dreams during what should be the deepest phase of sleep. While most people are in a state of paralysis during this part of sleep, people suffering RBD can move their limbs. Usually, RBD occurs in men aged 50 and older, but the disorder can also occur in women and in younger people. In a February 2009 study published in the Journal of Clinical Sleep Medicine, researchers found RBD can be managed effectively with drug therapy.

5. Sleepwalking – With this condition, a person can be physically moving about, appear awake and alert, but have no memory of their actions. This disorder is most commonly seen in children, but it can occur in the elderly, and adults. Sleepwalking appears to run in families, and it can be dangerous because the sleepwalker is unaware of his or her surroundings.  The National Institutes of Health do not currently recommend any specific treatment for sleepwalking, but recommend making sure to try and keep a sleepwalker safe by removing any hazards, waking them up, or guiding them back to bed, to prevent injury.

6. “The Sleeping Beauty Syndrome” or Kleine-Levin Syndrome (KLS) – A rare sleep disorder that involves falling asleep for long periods of time. Unlike narcolepsy, sufferers from KLS will sleep for days, weeks, months and sometimes years without waking up. Symptoms of KLS generally manifest in adolescents. A study conducted by the KLS Foundation found that out of the 186 people who had the disorder, 68 percent were male. There have also been reports of hyper sexuality (unusually high or excessive interest in sexual activity), and hyperphagia (over-eating) when someone with KLS awakes. Currently, no cure exists for KLS, but experimental drugs like Provigil are showing increasingly positive results.

7. Sleep talking- Researches do not know much about this behavior. Some sleep talking makes no sense at all and some of it may relate to past events, experiences and relationships that no longer have current relevance or emotional impact. Modern sleep science and the law accept that sleep talking is not a product of a conscious or rational mind and is therefore usually inadmissible in court. Sleep talking can occur more frequently with illness or running a fever.

If you have a sleep disorder, the best way to get insurance at an affordable rate is to get treated. Sleep disorders like apnea and interrupted sleep are very treatable, but unless you show proof of doctor-recommended treatments, it will lead to increased life insurance rates.