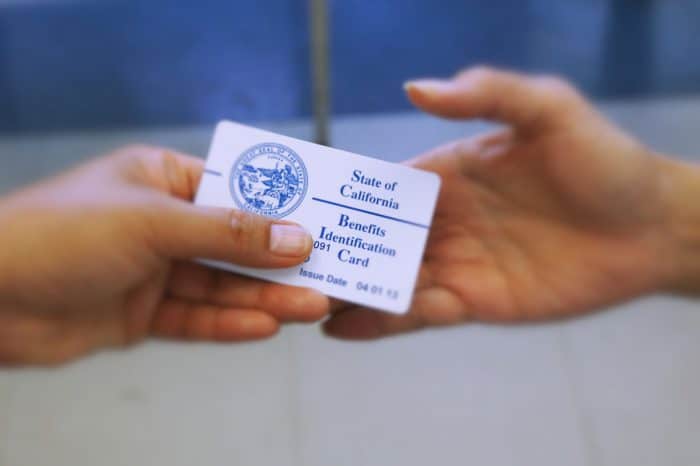 Joel Hay, a professor at the University of Southern California, describes his political views as “conservative, free market.” But in a counterintuitive twist, his proposal to fix the Affordable Care Act would expand the largest source of public health coverage in the country: Medicaid.

Hay, who specializes in health policy and economics, envisions an Obamacare replacement plan that would scrap health insurance exchanges such as Covered California, which sell subsidized private market plans.

Instead, he would allow people under the age of 65 to buy into Medicaid, called Medi-Cal in California. Their premiums would be based on family income and a surcharge would be assessed on those who are uninsured at the time they apply. That would be intended as an incentive to keep them from buying insurance only when they’re sick. People could acquire coverage regardless of preexisting conditions.

Under Obamacare, 31 states and the District of Columbia expanded Medicaid, the federal-state health care program for people with low incomes. In doing so, they added more than 11 million people to the rolls, including about 3.7 million in California.

Hay believes the Medicaid expansion was the most successful part of the ACA and contends that the health insurance exchanges have struggled to provide affordable plans with adequate networks in many states.

He said expanding Medicaid further could achieve two important goals: slowing the growing costs of health care, which he said is better achieved by Medicaid than private market plans, and giving all Americans access to at least basic health coverage.

Scrapping the exchanges may not be an easy sell in the Golden State, where Covered California has been lauded as a national model.

Laurel Lucia, director of the health care program at the UC Berkeley Center for Labor Research and Education, agrees with Hay that the Medicaid expansion has been a success, but she wonders whether middle-class consumers will enroll in Medicaid as readily as private market plans.

California Healthline recently interviewed Hay about his proposal, and Lucia for a contrasting point of view. Their comments, below, have been edited for clarity and length.

Q: Can you provide an overview of your Obamacare replacement plan?

It would build on the successful part of the Affordable Care Act, namely the Medicaid expansion that is responsible for the majority of the increased coverage.

This is how it would work: Below some family income threshold that would be yet to be determined, the cost of getting Medicaid would be zero. Above that, there would be premiums based on family income up to some maximum threshold, where the cost would be something like 10 percent of family income.

People would always have an option of opting out into a private plan if one is available to them. But this is a backup for anybody that doesn’t have other options.

This plan focuses on the two biggest problems in American health care. No. 1: Not everyone has health insurance. No. 2: We have the highest health care costs in the world.

Medicaid is a no-frills health plan available in all states. It’s not perfect, but it works. There are certainly access problems, but it seems to do a much better job, even in some of these rural areas where we’re seeing problems with the health insurance exchanges.

Q: In some states, such as California, the exchanges seem to be working reasonably well. Why lump all exchanges in one basket?

There’s a philosophical issue here. Is competition across health plans the best way to get affordable, basic care to everyone?

The Obamacare experience thus far backs that up. A lot of people just don’t seem to be able to get a good plan either because the premiums are skyrocketing or because the narrowing of the coverage options they have is prohibitive.

Q: Would your plan require everyone to have health insurance?

There is no mandatory requirement for having health insurance, but there are penalties if you go without coverage. If you don’t sign up during open enrollment, the only option you can get outside of that window would be this Medicaid option. The longer you delayed getting into it, the higher your monthly premiums would be.

Q: Would subsidized health plans still be offered through exchanges?

No. The subsidies to help people buy into Medicaid should be targeted to making sure everybody has access to essential care. The subsidies would be focused on helping low-income people get into a no-frills Medicaid health plan. The subsidies will phase out at some upper-income level.

If you’re earning $96,000 for a family of four, hopefully the private market will generate options for you. But if you have no other option, this would be available to your family at a premium of 10 percent of your family income. That’s going to work out to be something like $10,000. That’s a lot of money, but that’s the problem we have.

Q: What do you mean when you say “that’s the problem we have”?

We’ve reached the point in this country where the average cost of health care per capita is over $10,000, whereas the median family income is only $54,000. A median family of 2.6 people is going to see over half of their income going to healthcare.

We have to consider other options. Medicaid is cheaper. It gets the lowest price for drugs by law and negotiates vigorously to get extremely low prices for medical services, hospitalizations, doctors. If you can get your health care through Medicaid, the cost per every unit of service is lower.

It’s better than what has been demonstrated in the private health insurance exchanges under Obamacare. In Medicaid, people may have to travel long distances for specialty care, although some of those things can be overcome with telemedicine and other mechanisms. But we’ve seen pretty much a collapse of the private markets to handle people in rural, hard-to-reach places. Yet Medicaid has provided care to people in every state, including in every one of these remote access areas. It’s not perfect. Rural health care access is never going to be perfect.

Q: You have mentioned block grant funding of Medicaid as part of your proposal. That is what Congressional Republicans have been pushing to reduce federal spending on the program. How can you do that and significantly expand Medicaid at the same time?

I certainly wouldn’t want to hang the whole program on whether or not it’s block-granted. The argument in favor of block granting is if you give a certain amount of money per-capita to the states, it’s up to them to allocate the resources efficiently and effectively to provide the highest quality of care. If you continue with the current funding approach for Medicaid, the states have 50 percent or less of the responsibility for how the dollars are spent and so they’re not going to work as effectively to control costs and quality.

Some people on the far right want to actually destroy Medicaid. They think by block granting Medicaid, they can eventually make it go away. That’s not my goal here. My goal is to provide sufficient federal funds to make this thing work.

Q: Have you discussed this idea with any lawmakers?

I’m just beginning. What I see so far is that everybody is so polarized, that there really isn’t any movement in the middle. I’ve presented this to left-wing academics, and they say what they want to do is push through single payer, even if it’s only in California. They’re just not interested in compromise. I’m sure the same would be true of Tea Party Republicans.

No Death Spiral In Obamacare Exchanges

Q: What do you think of Professor Hay’s idea?

In California, we’ve had very high enrollment and we still have significant competition in the individual market. The vast majority of Californians have a choice of at least three insurers through Covered California.

Nationally, millions of people have been newly insured as a result of the individual market subsidies under the ACA. And affordability has improved significantly for low- and middle-income people who don’t have job-based coverage and need to rely on the individual market.

Both nationally and in California, I would not say that the individual market is in a death spiral.

Q: Aren’t there places where premiums have skyrocketed and choices have decreased?

There are places in the United States where much more plan choice is needed. We need to build on the Affordable Care Act reforms in the individual market to ensure greater choices and greater competition, rather than starting from scratch.

Q: It doesn’t seem like the current Congressional leadership wants to build on the ACA.

If there’s bipartisan will to make the ACA work better in terms of the individual market, it’s very possible to do with some policy changes. And in some places, like California, it is already working well.

Q: So why not end subsidized private plans and allow people to buy into Medicaid instead?

It’s an interesting idea to expand upon Medicaid. There is a question of whether middle-class consumers would enroll at the same rate in a Medicaid-type plan as they do in private insurance.

The provider networks in Medicaid are often quite different than those in plans offered through Covered California. Some consumers may be less likely to enroll in Medi-Cal if they have a strong attachment to their provider and that provider is not in the Medi-Cal network or isn’t accepting new Medi-Cal patients.

Q: Would middle-class consumers be less likely to sign up for Medicaid because of a perception or stigma that it’s just for poor people?

I just don’t know how Californians or Americans at higher income levels would perceive a new program like this that builds upon Medicaid.

If you were going to expand Medicaid to a broader population, you would want to make sure that it is adequately funded. One part of Professor Hay’s proposal would fund Medicaid through block grants, which would actually do just the opposite.

Most research has indicated that block-grant funding for Medicaid would result in substantial cuts to federal Medicaid spending over time without resulting in better cost efficiency. The loss of federal funding would force states to make difficult decisions like cutting eligibility, cutting benefits or implementing enrollment caps.

Block-grant funding would not only threaten Medicaid coverage for existing enrollees, but it would also be especially harmful if you were considering expanding the Medicaid population at the same time.

Q: What can be done to moderate health care cost growth, if not through Medicaid?

Cost containment is an important next step in federal health policy and state policy as well. Costs are growing too rapidly, not just in the individual market but also in job-based coverage, but those are trends that started well before the ACA.

They’re not due to the ACA. In fact, since the ACA, private insurance premiums have grown at a slower rate.

But we do need more focus on slowing the rate of cost growth. I think a lot of the barrier there is political. There have been a lot of solutions proposed to reduce costs, for example allowing Medicare to negotiate with drug companies on drug prices. And often Congress doesn’t want to take on the drug industry or the hospital industry or other aspects of the health care industry to reduce costs.