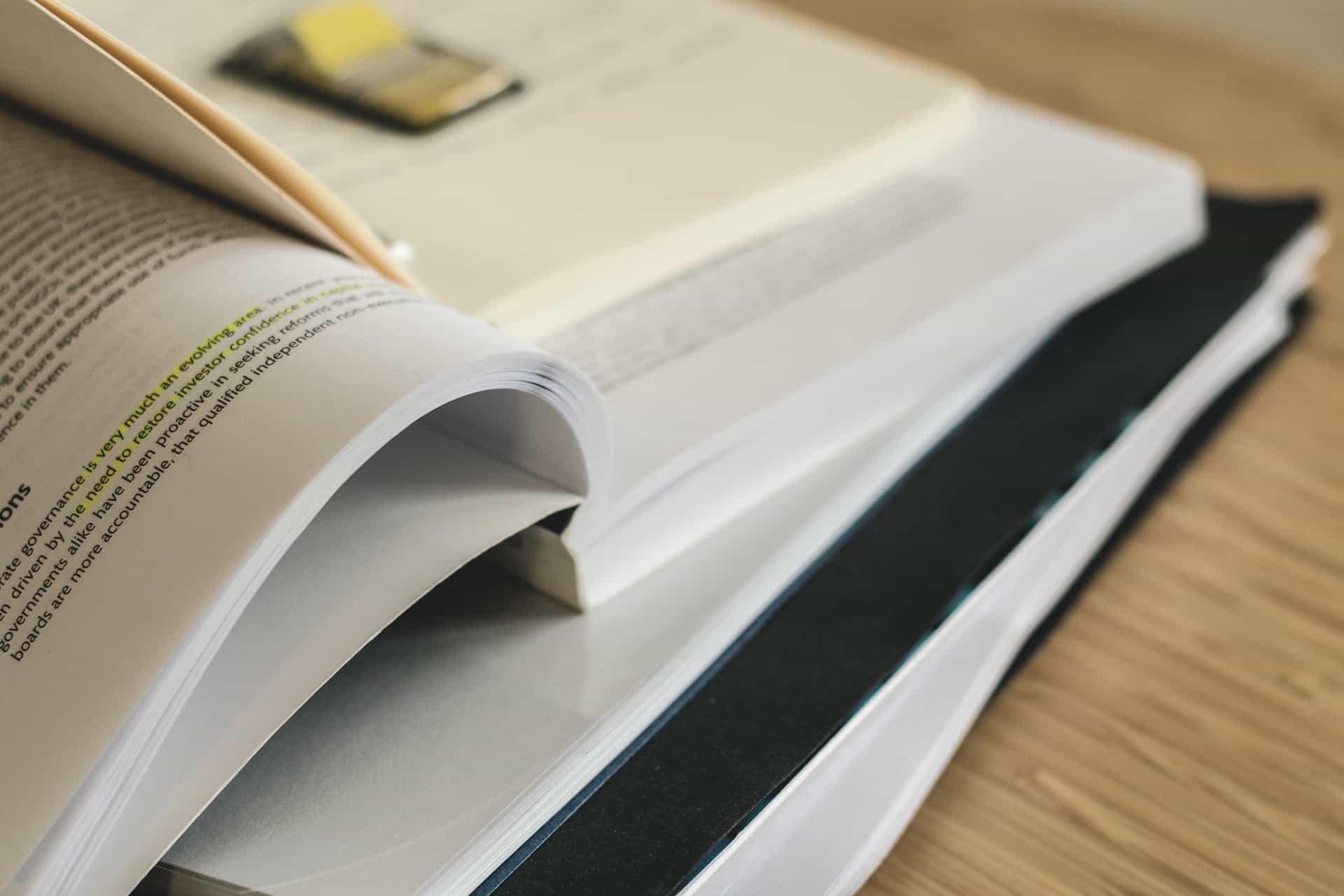 The reason the guarantee feature is called a “secondary guarantee” is that it provides an additional guarantee above and beyond the primary guarantees that are part of all regular UL policies. The primary guarantees apply with respect to the maximum expense and mortality charges that the insurer can debit and the minimum interest rate that the insurer must credit to policy cash values. Regular UL policies will lapse if premium payments are insufficient to cover policy charges and the cash-value account balance is inadequate to cover the premium shortfalls. Regular UL policyowners, ultimately, will have to pay higher premiums to maintain the same face amount of coverage if actual expense, mortality, and interest rate experience is not as favorable as the insurers had assumed when setting target premiums.

In contrast, secondary guarantee no-lapse policies will remain in force and the death benefits will remain level, even if the cash-value accounts fall to zero as long as the policyowners have paid the specified required premiums in a timely fashion. If policyowners continue to timely pay at least the minimum specified premiums for as long as required under the policy design, the secondary guarantee will remain in force, regardless of the cash-value balance.

NLUL policies and the secondary guarantees have changed over time as a result of evolving market conditions, insurance company experience, and changing reserving requirements. As a result, NLUL policies come in different “flavors” depending upon when they were issued, the reserving regulations that apply to them, their market niche, and insurance company design and marketing ingenuity. In order to better understand current NLUL policies and their appropriate uses, prospective insureds and their advisers need to know something about the history of how the product has evolved.

The insurance industry created the no-lapse universal life (NLUL) version of UL in the mid-1990s in response to UL policyholder concerns. In the 1990s, many policy­owners discovered that the planned premiums for their UL policies were insufficient to keep their policies in force for life because the insurers had set the target premiums based on overly optimistic assumptions, such as the continuation of high credited interest rates. In response to consumer dissatisfaction with premium uncertainty, insurance companies began to add no-lapse guarantees to universal life policies. These guarantees supplemented the primary guarantees of the policies, so they were called secondary guarantees.

With the original types of secondary guarantees, owners could rest assured that their policies would remain in force, their death benefits would not decline, and their premiums would not increase for a specified period, such as ten years. Over time, on newly-offered policies, insurance companies gradually extended the period over which the secondary guarantees could be applied until it included the entire life of the insured. Universal life policies with no-lapse guarantees stay in force as long as their no-lapse guarantees are in effect, even if the policies do not have enough money (in the cash value accounts) to cover the non-guaranteed monthly charges. Although insurers will issue NLUL policies with time-limited or shorter-term guarantee periods, most NLUL policies currently sold have the guarantee period extended for the life of the insured.

Since the advent of the no-lapse concept, three main NLUL product designs have arisen in the marketplace: stipulated-premium, shadow-account, and hybrid designs. Variations are possible, so these descriptions may not fully describe all policies. However, the differences are important because they typically involve different costs and tradeoffs for policyowners.

This is the simplest and oldest design and the one, typically, with the least flexibility from the policyowner’s perspective. The policy stays in force if the actual premiums paid, accumulated at a specified interest rate, are at least equal to the stipulated no-lapse premiums accumulated at the same interest rate. Insurers usually do the no-lapse test calculation each month. In most cases, policyowners have the flexibility to pay more than the no-lapse premium each month, and this flexibility creates opportunities to reduce the effective cost of the policy. However, many of these policies charge a high load on excess premiums, as much as 75 percent of the excess, so policyowners really have little incentive to pay more than the stipulated amount. On the other hand, generally policyowners may not skip premium payments or pay less than the stipulated amount unless they have previously paid sufficient premiums in excess of the stipulated amounts (after the surcharge loads) so that the policy still passes the no-lapse test calculation. In some policies, failure to pay premiums exactly when due could void or shorten the no-lapse guarantee, even if the policyowner ultimately pays the premium within the policy grace period. Many other policies do not void or shorten the guarantee if the policyowner makes a catch-up premium payment (with interest and, sometimes, penalty) during the usual thirty-day grace period.

The introduction of the shadow-account designs produced a more complex secondary guarantee design. This design has no stipulated premium, per se, but instead the secondary guarantee remains in effect and, thus, the policy remains in force as long as the shadow fund is greater than or equal to zero, even if the policy cash-value account is zero or negative. The shadow account itself is purely a bookkeeping reference value that insurers use solely for the purpose of determining if the no-lapse guarantee remains in effect. The nominal cash in the shadow account is not available to the policyholder.

In contrast with other regular UL policies, shadow-account design NLUL policies have three sets of specified values for determining various policy values: the primary guarantee values and the current (nonguaranteed) values, similar to regular UL policies, and the no-lapse (secondary guarantee) values. The primary guarantee values are the maximum expense loads, maximum mortality charges, and minimum interest crediting rates the insurer can apply in determining cash-value accumulations. The current (nonguaranteed) values are the actual expense loads, mortality charges, and interest crediting rates the insurer applies in determining actual cash-value accumulations. The current values change over time based upon the company’s mortality, expense, and interest rate experience, but almost always are more favorable than the guaranteed values. The no-lapse (secondary guarantee) values are those values the insurer uses to compute the shadow-account cash values for the purpose of testing whether premiums are (or have been) sufficient to keep the secondary guarantee in force.

Hybrid designs have a dual test for satisfying the no-lapse provision. During an initial period, such as ten years, the insurer uses a minimum-premium test similar to that used in policies with stipulated-premium designs. This assures insurers that they will receive sufficient premium payments in the early years to cover their considerable up-front costs of putting the policies on the books. After that initial period, the insurer applies a shadow-account test. By making policies subject to the dual tests for maintaining the no-lapse guarantee, hybrid designs sometimes can provide policyowners with more premium flexibility than the other designs, and this can create cost-saving opportunities.

As the previous discussion indicates, prospective buyers and their advisers are faced with a myriad of designs that are difficult to compare and to understand.

Furthermore, shadow-account designs are inherently complex and especially difficult to explain to the consuming public. The complexity has arisen primarily as a result of a natural tension between insurance regulators and insurance companies. The regulators are responsible for setting statutory cash reserve requirements, assuring that insurance companies remain solvent. They typically argue for higher reserve requirements. For each change in the regulations that would tend to increase required reserves, the insurance companies and their actuaries have an incentive to come up with ever more unusual product designs that may somewhat circumvent the regulations and allow them to use lower reserves. From the insurers’ perspective, lower reserves lead to a lower cost of capital, lower premiums, and therefore a more competitive product which better serves consumer needs. From the regulators’ perspective, these lower reserves may be insufficient to protect consumers from potential insolvencies. This has been a back-and-forth battle between regulators and insurers for the past decade.

In fact, as a result of several newly-issued sets of reserve calculation regulations, brought on by the continuing development and evolution of the no-lapse secondary guarantee UL policies and market considerations, insurance companies have begun to take a somewhat broader and less formulaic perspective with respect to the methods they use for their reserve and pricing calculations. As described above, many insurers are now using multiple shadow accounts that involve multiple sets of a wider spectrum of different insurance cost and risk components. These principle factors include considerations beyond the traditional (mortality, expense, and interest rate) factors. They include such factors as lapse rates, and other quantifiable risk factors based on both industry and company-specific experience that the companies feel can help them to more finely tune their pricing and reserve calculations so as to maintain a competitive market balance between the risk and the cost of the insurance for consumers.

As a result of the uncertainties in reserve requirements going forward and insurer fears that reserve regulations might adversely affect the profitability of the NLUL market, NLUL policy sales declined in 2010 through 2012, despite the product’s popularity. Although sales of no-lapse UL policies have decreased 3 percent (by annualized premiums) since the second quarter of 2010, the guarantee is still quite popular, with no-lapse policies taking 45 percent of UL market share in 2011. However, many companies are leaving the market or cutting back on sales. For example, Sun Life exited the market in 2010. NLUL has fallen from 97 percent of its life business in 2007 to about 32 percent in late 2011.

The National Association of Insurance Commissioners (NAIC) is a national organization made up of all the state insurance commissioners who are responsible for oversight and regulation of the insurance industries within their states. One of its principal objectives is to set reserve standards that will assure the financial solvency of insurance companies, individually, and the industry as a whole. The NAIC generally takes the lead in promulgating uniform regulatory legislation within the states.

Recognizing the popularity of the low-cost secondary guarantee products to the insurance-consuming market, on the one hand, and the need for adequate reserves which could squeeze carriers’ profit margins, on the other, the NAIC, in 2011 and 2012, began to take constructive steps to resolve the differences between regulators and insurance companies on the conflicting issues arising with respect to secondary guarantee policies. The NAIC initiated a movement to develop a new regulatory approach employing a more comprehensive Principle-Based Reserving (PBR) system. The specifics are still far from complete, but the NAIC has outlined the basic elements of this approach as follows:

As of early 2015, twenty-one states have adopted laws implementing PBR.1 However it will not become operational until it is adopted by at least forty-two jurisdictions which constitute a 75 percent “supermajority” of U.S.-based life insurance premiums.2 Such efforts should go far to remove many of the uncertainties for regulators, insurance providers, and most importantly, the insurance-consuming public surrounding the future design, features, costs, and applications of no-lapse (secondary guarantee) universal life policies. There is, beyond any doubt, an important market segment to be served by such products; a resolution of conflicting issues and further clarity surrounding these products is welcomed and necessary.