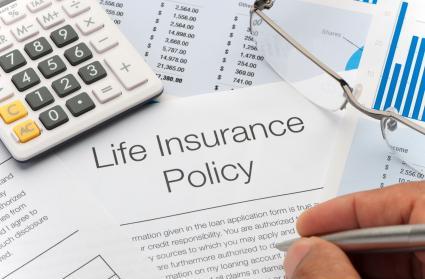 Term Life Insurance provides coverage for a specific period of time and generally pays a benefit only if the policyholder dies during the “term.”

According to the Life and Health Insurance Foundation for Education, one of the biggest advantages of term insurance is its low cost – especially when compared to permanent insurance, which usually contains a forced cash value account that requires funding in the form of higher premiums.

With term insurance, the insured is generally just paying for the death benefit. Term life insurance is a policy with a set duration on the coverage period that varies from one to 30 years. Once the policy has expired, it is up to the policy owner to decide whether to renew the term life insurance policy or to let the coverage end upon payment to their beneficiaries if the insured dies during the term of the policy. Upon death, companies will typically also offer extended-term payout options, some with attractive interest rates.

There is also no side fund or cash value, so you are paying only for pure death protection.

Term life insurance covers death by any cause, at any time in any place, with the exception of suicide within the first two policy years (one year in some states). This feature makes comparing one policy to another very simple.

The most common use for term life insurance is to replace the income of the family breadwinner or caregivers.

Term life insurance is often a good choice for people in their family-formation years, especially if they’re on a tight budget. It allows them to buy high levels of coverage when the need for protection is often the greatest.

It’s also a good option for covering needs that will disappear in time. Buying more than one policy with differing rate guarantee periods is called “laddering” and can often be pegged to when children leave the nest or when a mortgage gets paid in full.

For example, if paying for college is a major financial concern but life insurance coverage won’t be needed after the kids graduate, then it might make sense to buy a term policy to cover that time period.

One of the nice features of term life insurance is that most of them contain the no-cost right to renew beyond the initial rate guarantee period without any physical exam, although at a higher cost. Policyholders who would take advantage of this clause would be those who have become uninsurable due to a catastrophic illness.

Financial planning experts recommend that the household breadwinner carry no less than 10 times their total annual income, excluding passive income such as dividends and interest.

Some policies offer an extra cost rider called “return-of-premium.” With these policies, if a policy is kept for the entire term, say 20 years, the insurance company will refund all of the premium payments made over that 20-year period. Of course, there is a price to be paid for this added benefit.

The cost of the return-of-premium rider raises the total policy cost by 20 to 30 percent, but the net effect is that, if you outlive the initial rate guarantee period and collect on the premium refund, the total cost of insurance is greatly reduced.

Financial planners caution that people who buy a return-of-premium policy should plan to pay the premiums for the entire duration as dropping such policy before the full term has expired would mean the consumer paid a high price for their term insurance coverage because only a partial refund of premiums paid is allowed in later years.

Term life rates are dirt-cheap right now and have dropped considerably over the past decade, mostly because people are living longer. Anyone with a term policy might benefit from dropping it in favor of a newer and cheaper term policy, which would now contain a new and longer rate guarantee.

Term life insurance is popular with consumers because it is simple to understand and does not contain the contract variances often found in more complex whole life or universal life policies.

Other popular provisions often found in term life policies include: