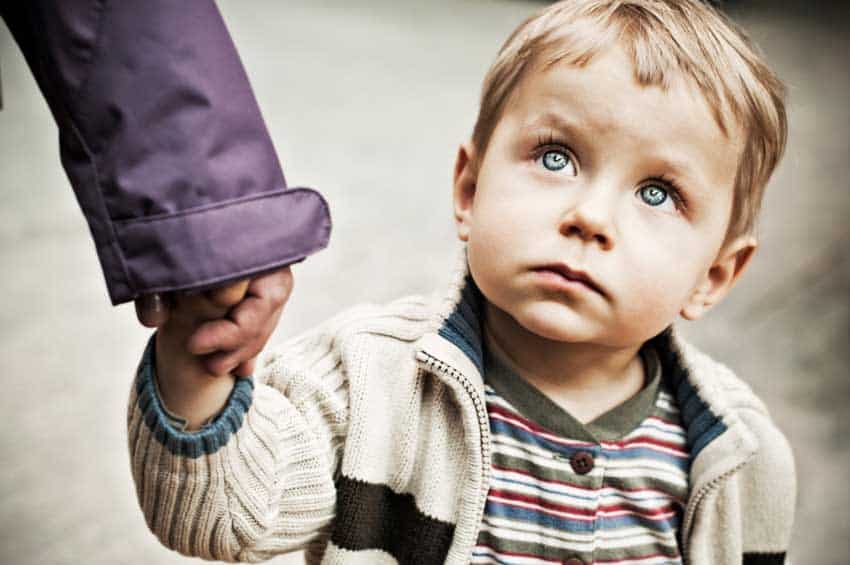 A car accident. A fire. A plane crash. Tragedy can strike a family at any time. What would happen to your young children if you and your spouse died unexpectedly? It is an uneasy thought, but it is a consideration that all parents should take seriously.

Life insurance is one way to insure that your children are cared for financially, but family estate experts say there are various other things to think about before naming a child under the age of 18 as the insurance beneficiary.

Because life insurance companies generally will not pay death benefit proceeds to children under 18, parents should think about who they want to be a guardian to care for their child or children on a daily basis, said Dennis Sandoval, director of education for the American Association of Estate Planning Attorneys.

In cases where one parent dies, the other parent typically becomes the guardian. But in the event they both die, both parents can also agree in their wills to name a guardian.

“If you say you want your sister as the guardian, the court will appoint your sister,” said Sandoval. “The best way to avoid fighting in court is to have the husband and wife agree on a guardian. You want to avoid trauma as much as you can for the kids. There is enough chaos when someone passes away.”

Sandoval said a guardian can be whomever the parents feel is most appropriate to take care of their child. It could be a family member, a friend or a godparent. It is usually someone who shares your morals and values and would raise the child in the same way you would.

“In my experience, it’s most frequently an aunt or uncle who is named guardian,” Sandoval says. “Sometimes it’s an older child or a good friend who parents trust.”

The guardian may or may not be in charge of the money, Sandoval said, stressing that the guardian is not always the best choice to steward your finances. For example, your brother may be wonderful at raising children, but he may not be a good manager of money. So you could divide that duty among others, or you could have a professional trustee, such as a bank, handle the money. The slight downside here: Professional trustees usually are paid for their services, which will take away some funds from the beneficiaries.

Still, “it’s not a bad idea to have someone other than the guardian looking over the money, if it’s feasible,” Sandoval said. “Have the guardian just devoted to raising the child.”

Sandoval said, the insurance company will hold off releasing the funds if provisions have not been made for guardianship in a will.

The case then would go to court so that a guardian can be appointed. From there, life insurance proceeds would then be placed in a guardian account or a uniform trust for minors account, which would be held until they turn 18, or whatever age is specified.

What You Need to Know About Trusts

As an alternative, parents can establish a revocable living trust.

A trust is a legal document created for someone to manage financial and other assets. It stipulates what, when and how assets are distributed to beneficiaries throughout the course of the person’s life, and it also can be used to allocate those assets after a person’s death. For example, life insurance proceeds can be payable to a trust.

A revocable trust, meanwhile, is a trust that can be modified or terminated while a person is still alive. A trustee is appointed to direct the trust and disperse payments until a specified time, such as when a minor beneficiary reaches a certain age. The advantage of a revocable trust is the lack of a probate hearing after death.

“The advantage … is that you would not need a guardian for money, only for care of the child,” Sandoval said. “In this case, the trustee will do whatever the trust says. If the trust says don’t give the money to the kid until he or she turns 25 or whatever age is designated, that’s what will happen.”

Sandoval added that a trust can stipulate money be distributed to minor beneficiaries for things such as college tuition.

Another option is a testamentary trust, often called a will trust. This type of trust is created in a person’s will and comes into play after death. With testamentary trusts, a probate hearing is required. In some states, however, the probate process can be long and cumbersome. Thus, Sandoval recommends a living trust. He also urges parents to do their homework and talk to an estate attorney.

“If parents with young children don’t do anything else, they should get a will drawn up and appoint a guardian,” he said. “Otherwise, it could end up being a big court battle.”

Whether you want to create a will or a trust, contact your insurance agent or an estate attorney to get the ball rolling.