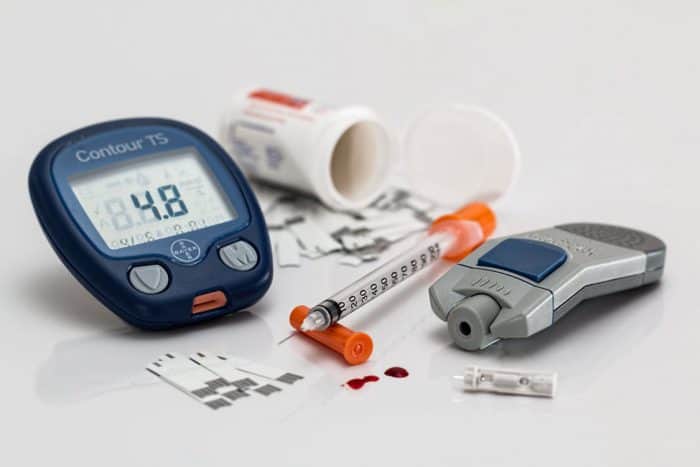 Diabetes is a highly treatable – but potentially deadly – disease if left untreated or undiagnosed. According to the American Diabetes Association, both the death rate from heart disease and risk for stroke are two to four times higher for people with diabetes. It’s also the leading cause of kidney failure and new cases of blindness and it’ the reason for more than 60 percent of lower limb amputations.

Fortunately for many of the over 20 million adults and children who have the illness, it’s possible to obtain affordable life insurance at a standard rate. All it takes is keeping the disease under control through diet, doctor visits and medication, insurance experts suggest.

Indications you have the disease under control include if you have no other health problems such as kidney failure and your hemoglobin A1C count remains in the single digits, insurers say.

Insurers look at the age of the applicant, how long they have had diabetes, and other habits such as smoking and drinking, whether they are morbidly obese and whether they have had any other health complications when determining whether an applicant will get insurance and at what cost, said Michael Tessler, president of Brokerage Unlimited in St. Louis, Mo. Rates include super preferred (lowest cost), preferred, standard and substandard.

“In general, people with diabetes can’t get insurance at a preferred rate even if it is controlled,” said Dr. Jacki Goldstein, MetLife’s vice president and chief medical officer for insurance products.

Type 1 diabetes, also called juvenile diabetes because it affects people at a young age, is the rarer and more serious of the two types of diabetes in which the body stops producing insulin. In general, they have a greater chance of developing complications because they have had the disease for a long period of time, and as a result, would most likely be offered insurance at a substandard rate, Goldstein said.

Those with type 2 diabetes, in which the body no longer makes enough insulin, can get insurance at a standard rate, provided how well the person is responding to treatment, and how well they are maintaining a healthy lifestyle, Tessler said.

Tessler said diabetics who have been denied term or whole life insurance, can get it once they have established a pattern of improved health and healthy living.

“You can’t come back six months after gastric bypass surgery and say I’ve lost 75 pounds. You have to show you can keep the weight off, for at least another six months,” Tessler said.

If a person has had other health-related problems, such as a heart attack, insulin reaction or diabetic coma, these are signs diabetes has gotten out of control and they would most likely be uninsurable, Tessler said.

Getting Your Diabetes Under Control

You can get your diabetes under control, and keep it under control, but it could mean adopting a different, healthier lifestyle, according to the Centers for Disease Control and Prevention Division of Diabetes.

Here are five tips on how to maintain healthy blood glucose levels, which in turn reduces a diabetic’s risk of developing eye, kidney and nerve disorders, the most common complications of diabetes.

Stay Physically Active. Moderate physical activity — such as bike riding, walking briskly, swimming or mowing the lawn — for at least 30 minutes a day, five days a week, is recommended by the CDC. This helps to control your blood glucose, weight and blood pressure. It also raises your good cholesterol levels and lowers your bad ones, reducing your risk of heart disease and nerve damage, the CDC says. If you have been pretty sedentary, the CDC recommends starting slow and building up the activity by a couple minutes a day.

Eat Healthy. The CDC recommends people with diabetes should eat a variety of foods, those with less fat, salt and sugar and higher in fiber. Eating well-balanced meals keeps your glucose (sugar) levels as close to normal as possible, says the American Diabetes Association. The ADA recommends a diet full of fruits and vegetables, whole grain foods, brown rice instead of white rice and water. What to skip? Avoid a high fat, high sugar diet that includes junk food such as chips, cookies and ice cream.

Lose Weight. Being overweight is the leading risk factor for developing type 2 diabetes, according to the ADA.

Following the first two tips will help you accomplish this one.

Limit Alcohol Consumption. Drinking alcohol while taking medication for your diabetes could result in a reaction causing blood glucose to go too low, the CDC says. Ask your doctor if you can drink any alcohol, and if so, how much.

Take Your Medications Correctly. If you take your medications incorrectly, it could also result in blood glucose levels dropping too low, the CDC says. Ask your doctor how to take your pills or give yourself insulin shots, and follow instructions.