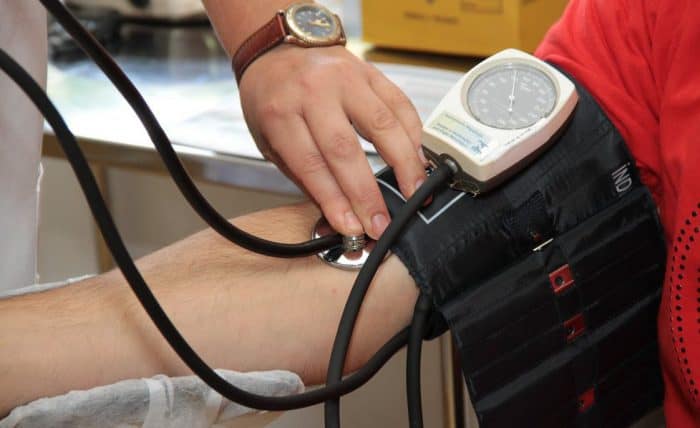 Although life insurance deals with everyone’s final destination, there are cases where the medical exam required for a life insurance policy has saved someone’s life by alerting them to an unknown medical problem.

The most obvious example is basketball star Magic Johnson, who learned he was HIV-positive after undergoing an extensive physical for a new life insurance policy. Another NBA player, Fred Hoiburg, had a life insurance exam that uncovered a heart deformity. It required open-heart surgery that ended his basketball career but probably saved his life.

In some cases, a life insurance physical might be the first time someone has seen a doctor in years—especially young men, or men in general. Although women are more likely to maintain regular checkups, for reproductive and other issues, men tend to put off seeing a doctor until it is something serious.

“Men, a lot of times, just don’t like going to the doctor,” said Dr. Craig Davidson, assistant vice president and senior medical director at The Hartford. “Women are supposed to go to the doctor periodically and it’s more the usual state for them.”

He adds diabetes is one of the top issues discovered by a life insurance exam. People might not realize they have it because the symptoms build up slowly over years. Heart issues also top the list, with the most common being an irregular heartbeat or atrial fibrillation.

[callout title= What to expect during a paramedical examination]Getting a life insurance exam is a pretty straightforward process involving a list of questions about personal and family medical history and an exam that can be conducted in their own home or place of business by a certified examiner hired by the insurer. The exam can take anywhere from half an hour to 45 minutes.

“Some things depend on the age of the client and the amount of insurance. If you were a 25-year-old applying for a small life policy, you do the very basics,” said David Redpath, assistant vice president of underwriting at The Hartford. “If you’re a 75-year-old applying for 10 million dollars of coverage, it’s pretty extensive.”

For up to 90 percent of clients, the exam consists of collecting a patient’s height, weight and blood pressure, along with blood and urine samples. For blood tests, insurers are asked to fast for eight hours beforehand.

“We get what we need 99 percent of the time on that blood sample, urine and the exam,” said Redpath.

Follow-up exams or repeats are rare and would only be needed if something unusual turns up in one of the tests. A small number of applicants may need to have an electrocardiogram—depending on someone’s age and the size of the policy, Redpath says.

Medical records would typically be gathered for those ages 65 and older, but for those in their 20s, this would only happen 10 percent to 15 percent of the time. For young children, the records from an annual checkup would be used as long as the child is less than a year old. Teenagers would require an exam, just like an adult.

Redpath says it’s common for people to ask for the results of their tests, which are provided to them so they can present them to their own doctor.
[/callout]

Davidson says life insurance exams have also uncovered prior mild heart attacks, or in medical terms non-ST-segment myocardial infarction or NSTEMI, in people who didn’t realize they had a problem. This is especially true with mild heart attacks because an EKG will detect a problem in addition to the results of a simple blood test.

During a mild heart attack, there’s a blood clot in the small arteries of the heart that impacts normal blood flow. This releases proteins from the damaged heart into the bloodstream. Those identifiable proteins are called troponins and creatine kinase-MB (CK-MB), proteins that are easily detectable and show up in lab results.

“We’ve had people thank us because we found something. The typical story, especially when it comes to men, is that they finally go to the doctor because they feel tired lately but they think it is no big deal and that they are just not getting enough sleep, when the reality is that they have a serious heart condition or a controllable condition like sleep apnea,” said Davidson. “The last thing they think of is going to the doctor unless their wife or significant other tells them that they better go and get checked.”

In some cases, a person’s regular doctor might suggest a follow-up visit or recommend a test but the patient fails to follow through. This information would be discovered by the life insurance company and is something the insurer would want an applicant to address before offering them a policy.

Paramedical examiners themselves may not be in the business of diagnosing illnesses or dispersing advice but James Fritz, president and CEO of APPS Paramedical Services, says they often spot problems that an applicant is unaware of.

“They might find an abnormal reading on an electrocardiogram or their blood pressure is extremely high or extremely low, and they realize something has happened and encourage the person to contact a medical professional saving the applicant from a significant episode or serious medical situation,” said Fritz. “This may not be publicly recognized, but it is a reality and it does uncover significant illnesses and issues that do save people’s lives and we are proud of that fact.”

Kim Anderson, a senior vice president in the Insurance Services Division at Examination Management Services Inc. in Hewitt, Tex., says her company had a case where a paramedical examiner came across a seizure in progress for an applicant who didn’t know they had epilepsy.

“When the examiner arrived at the applicant’s home, they heard funny noises inside and no one was answering the door. The examiner looked in the window and saw that the applicant was inside having a seizure. The examiner immediately called 911,” said Anderson. “Who knows what would’ve happened, if the examiner had not made that appointment. This would’ve been a life-threatening situation.”

Anderson says one applicant wound up having emergency surgery to correct a serious heart condition after an EKG for their life insurance policy uncovered an unusual heart rhythm.

The Most Frequently Asked Life Insurance Questions and Some Straight Answers

How Obesity Can Lead to Higher Life and Health Insurance Premiums

How Does Depression Impact Your Life Insurance

Am I Too Old To Purchase Life Insurance?

Why Do I Need A Medical Test to Purchase Life Insurance?

There are also times when a life insurance exam can be more extensive than a traditional physical. A test for liver problems, for example, might not be performed during a normal physical unless there’s a particular reason—such as a patient being on certain medications, has a history of alcohol abuse or if they have liver-related symptoms.

“When you used to go to the doctor they would order a panel to check on your liver and your kidneys,” said Davidson. “Nowadays some health insurance doesn’t cover those tests so you may not have your liver function checked.”

Even doctors themselves can benefit from this. Dr. Joan Schaefer, chief medical officer of Nebraska’s Health and Human Services System (HHSS), discovered this in the late 1990s when she applied for a life insurance policy. At the time she was finishing her residency and training for a marathon.

Her life insurance exam showed increased liver enzymes, something that insurance companies like to check as a sign of health and alcohol consumption.  Schaefer had been avoiding alcohol as part of her training, so she knew the test had to be an indication of something else.

Additional tests revealed she had congenital hepatic fibrosis, otherwise known as a malformed liver, which would eventually fail her. Schaefer took medications to maintain her liver as long as possible until she eventually had a liver transplant in 2008.

Schaefer says it’s not clear if her condition would’ve been discovered during a routine physical, as a regular exam doesn’t always include the kind of tests performed by the life insurance company. At the very least, she was diagnosed earlier than she otherwise would have been because of the life insurance exam.

Schaefer, who has participated in several half marathons since her recovery, still sees life insurance as more of a financial planning tool than a life saving measure.