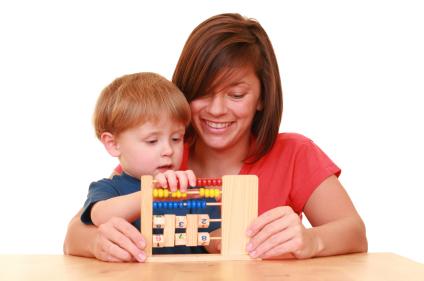 When a woman becomes a mother everything in her life changes. Everything in her world becomes about her child. While mothers are nursing cuts and scrapes, whipping up an amazing home-cooked meal for their families or providing counsel to their daughter’s broken heart after a breakup, they too often neglect the basic necessity of taking care of their own health and well being.

1. Heart disease. Coronary artery disease or heart disease is the result of narrowing of the coronary arteries.  This narrowing and hardening of the arteries can lead to blood clots. A condition called ischemia, which is the result of insufficient oxygen being transferred to the heart muscle because of a blockage can impact the patient’s lifestyle and their activity level. Eating, excitement or even changes in temperature can make the problem worse.  Even the ischemia alone can lead to a heart attack. Stress, smoking, obesity, high blood pressure, high cholesterol and heavy alcohol consumption can lead to heart problems. You should also make sure there isn’t a history of heart problems in your family.  In some cases, heart conditions can be congenital.

2. Cancer. While it is surprising to learn that lung cancer trumps breast cancer and colorectal cancer as the top cancer concern for women, all three conditions can be prevented.  If you are a smoker, quitting is obviously the best course of action to avoid the risk of lung cancer.  Also, avoid secondhand smoke whenever possible. Women who breast-feed have a reduced risk of breast cancer. Also, women should get regular checkups and cancer screenings to rule out the possibility of cancer or to catch the condition early, which has a much better prognosis and outcome.

3. Stroke. A history of migraines, autoimmune or clotting disorders, the use of birth control pills and hormone replacement therapy can increase the risk of stroke.  High blood pressure and high intakes of salt in a regular diet can also lead to a stroke.

5. Alzheimer’s Disease. More women are susceptible to this and die from Alzheimer’s than men. The jury is still out on what is the primary contributing factor to Alzheimer’s disease, but medical experts say that age and family history of the disease, high blood pressure and cholesterol and head injuries can increase the risk of Alzheimer’s.  They suggest eating a diet low in fat, eating Omega-3 fatty acids, controlling blood pressure and cholesterol, avoiding injuries to the head and regular mental exercise may decrease your chances of developing Alzheimer’s later in life.

7. Diabetes. In order to mitigate the potential for developing diabetes, women should stay fit and maintain a healthy weight, since obesity puts them at higher risk.  Women should avoid eating saturated fats and any foods that are high in cholesterol.

8. Influenza and pneumonia. A good route to prevention is getting vaccinated for influenza.

9. Kidney disease. Chronic kidney disease is more common in women than in men. This is often found in a person’s family history. Blood and urine tests even from a routine life insurance paramedical examination can detect this condition.  Obesity, diabetes, hypertension and elevated cholesterol can lead to kidney disease.  Other factors include high sodium intake, heavy alcohol use, potassium imbalances, bone disorders and malabsorption of minerals, anemia and an  improper balance of fluids.

10. Septicema. This is a serious life-threatening illness that is otherwise known as blood poisoning or bacteria in the blood.  It can result primarily from infections in the lungs, abdomen and urinary tract, but it can also find its way to other tissues and organs.  Septicema carries a very high death rate with 50 percent of people becoming infected after an injury, cuts, infections of the mouth and teeth, and surgical wounds during a hospital stay.

11. Domestic violence. One and five women have been impacted by a sexual assault, more than half report being assaulted by an intimate partner. Also, one in three women have experienced physical violence.  The healthcare community and the public health community have worked hard to provide services to victims and preventative measures for women who may be at risk for domestic violence. Here are several of the strategies that have been put in motion, according to the National Intimate Partner and Sexual Violence Survey 2010 Summary Report:

12. HIV. Since the 1980s, HIV has been a concern for people of both genders. According a February 2012 report by The Henry J. Kaiser Family Foundation, women of color, particularly African-American women, represent the greater part of new cases of HIV cases and AIDs. There are approximately 1.2 million people living with HIV and Aids today, including more than 290,000 women. Women are most likely infected through heterosexual sex and injection drug use. Mother-to-child transmission has decreased significantly since the 1990s due to antiretroviral therapy or ART.  Safer sex practices, not sharing needles for drug use, taking precautions for accidental needle sticks if you are a healthcare worker, stringent testing for blood transfusions and organ transplantation, can all help to prevent transmission of this deadly disease.

“Women are so concerned taking care of their husbands and children they put their well being last and they are too busy or too embarrassed or don’t want to inconvenience anyone to call 911 if they are feeling symptoms,” said Lisa Townsend, director of Sister-to-Sister, The Women’s Heart Health Foundation, a non-profit organization located in Chevy Chase, Md. that is dedicated to raising awareness about heart disease in women.

“Women have to be healthy to take care of their own family. Women keep the family going and keep the family glued together, so they should not hesitate to seek screening and medical care if they think they are at risk for heart attack,” said Townsend.

Sources: This list was compiled from a number of sources including The Centers For Disease Control and Prevention, The American Heart Association, The Mayo Clinic, The Henry J. Kaiser Family Foundation and The National Intimate Partner and Sexual Violence Survey, 2010[/callout]

This Sunday on Mother’s Day, while children everywhere will be celebrating the most important woman in their life, there are a number of health risks concerning women that are often overlooked or poorly reported by the media. In order to prevent the most common threats that may increase mortality and impact their life insurance rates, they first must recognize the most serious health risks affecting them.

The number one killer of women in the United States is Heart Disease, according to the Centers for Disease Control and Prevention. In 2011, The American Heart Association reported that heart disease and stroke caused 2,200 deaths of both men and women in the United States. Women Heart, The National Coalition for Women with Heart Disease reported that one third of women have died from heart disease in the U.S., according to a 2010 report from The American Heart Association Statistics Committee and Stroke Statistics Subcommittee.

A common misconception is that breast cancer is the most life-threatening illness that women and their doctors must keep a watchful eye on. However, more than 200,000 women die of a heart attack every year.

“A lot of women don’t know heart disease is the number one killer of women and not men,” said Townsend.

Sister to Sister offers a guide for women titled, “Smart for the Heart,” that provides a heart risk health assessment.

WomenHeart: The National Coalition for Women with Heart Disease based in Washington D.C. offers advice on heart disease prevention and early detection.

It’s a sobering fact that more than 200,000 women lose their lives due to a heart attack and 432,000 women die of cardiovascular disease each year. In fact, heart attacks cause five times as many deaths as breast cancer in women each year. Women who are smokers are also three times more likely to die from a heart attack.

There are seven risk factors for cardiovascular disease and weight is related to all of them.  A lack of physical activity, poor diet, cholesterol, blood pressure, high glucose levels and high sodium intake already contribute to the risk of having a major cardiac event. When smoking is added to the mix, the result can be fatal. Unfortunately, the AHA concludes that women are less likely to receive the proper treatment for a heart attack than men.

Brian Ashe, CLU, and Treasurer of the Life and Health Insurance Foundation for Education (LIFE) and owner of Brian Ashe & Associates, Ltd. in Lisle, Ill. says that when it comes to rating life insurance policies for women, two things should be considered: getting a policy while still relatively young (in their 30s and 40s), and if there’s a serious health problem, doing whatever it takes to maintain the condition and get your health back on track.

“If a woman has a heart attack and she will likely recover and she’s doing well, insurers might not any interest in writing insurance for the first couple of years, but this is only if the attack was mild and her blood pressure and cholesterol are under control,” said Ashe.

After the one- to two-year waiting period, Ashe says that the policy would still have a Table rating of 2 to 4. This is an extra amount of premium they might pay for a serious pre-existing health condition when they apply for life insurance coverage.

“Through the passage of time and with continued good health the policy could be re-reviewed and go back to standard,” Ashe adds.

The key to preventing higher health and life insurance rates is not to develop a heart condition to start with. While women and men are both at risk for having a heart condition, heart disease is still highly preventable.

“Heart disease is the only serious illness that is reversible and preventable. In fact, 82 percent of women can lower their risk factors for heart disease by just leading a healthy lifestyle,” said Townsend.

For women between 40 and 60 years of age that have risk factors for heart disease, a lot of those factors can be controlled by reducing salt intake, enhancing physical activity, taking their medications to lower cholesterol and blood pressure and reducing stress.