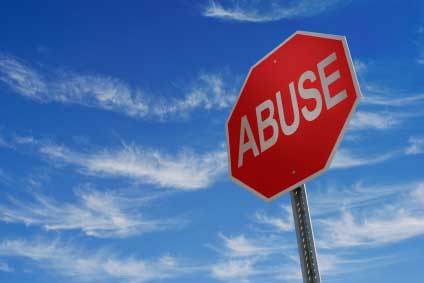 In the past, some insurance companies believed that a victim of domestic violence brought the same health risks to the table as those with pre-existing medical conditions such as diabetes and heart disease. As a result, insurers chose to deny coverage or “rate up” a policy based on a history of abuse.

While the most recent instances of this underwriting practice occurred in the health insurance market in the mid-to-late nineties, domestic violence victims may also find themselves vulnerable to insurance discrimination in the life insurance and disability insurance markets.

And it doesn’t stop there. Domestic violence can have a devastating impact on reproductive health, adding to the likelihood of miscarriages, and has been linked to the prevalence of risky sexual behavior and sexually transmitted diseases such as HIV, according to AARDVARC.org, a non-profit organization dedicated to combating family and relationship violence.

The FWV estimates that intimate partner abuse, rape, and stalking costs the medical and mental health services industry $8.3 billion annually in direct healthcare costs, in addition to the cost of lost productivity at work.

While domestic violence may raise certain mortality concerns, some say there isn’t enough evidence for insurers to cancel or deny a policy, create exclusions or charge a higher premium based on that fact.

Kim McKeown, spokesperson for the Society of Actuaries (SOA) says that in some states there are no laws on the books or limited protections involving adverse actions against domestic violence victims, but it’s highly unlikely that an insurance company would take such a position.

“We haven’t seen or heard any evidence of underwriting domestic violence as a pre-existing medical condition in the life insurance market,” says McKeown.

“It wouldn’t be considered a “pre-existing condition” per se, but it may factor into the underwriters thought process as it pertains to a final rate class,” says Ryan Pinney, brokerage director for Pinney Insurance Center, Inc. in Roseville, Calif. “However, this would be hard to substantiate and even harder to identify, if in fact, it had influenced the underwriting decision. This is because your typical underwriter has a series of underwriting guidelines that they must follow when making an underwriting decision.”

“The most popular are Suisse Re and Gen Re’s versions of these. We have copies of both and “domestic violence” isn’t listed as underwriting criteria that can or would cause any kind of rating,” Pinney says. “This leaves only the personal opinions and decision-making ability of the actual underwriter to first, identify a problem; second, determine that it may lead to increased mortality; and finally, find some other “rateable” reason to increase the underwriting class or decline coverage. I don’t think this is likely and to my knowledge it has never occurred with us or our clients.”

Also, Pinney notes that an insurer would have to provide the applicant with a reason for the decline or reduction in health class.

“I’ve never had this situation come up,” says Jack Dewald, chair of the LIFE Foundation, and president and owner of Agency Services, Inc., a life and health brokerage in Memphis, Tenn. “The only possible reason a history of domestic violence could become an underwriting concern is if the fallout resulted in a mortality issue such as a serious long-term injury. It would be the injury itself and not how that person sustained it.”

Dewald adds that it’s doubtful that a victim would admit to domestic abuse on an insurance application for fear of reprisal.

“An insurer would only be aware of domestic abuse if it showed up on the individual’s medical records where the doctor indicated that he or she suspected domestic violence and called the authorities, otherwise this isn’t something a life underwriter would look for,” says Dewald.

In 1994, Charles Schumer, a former New York Representative, surveyed 16 insurance companies and learned that eight companies in the health, life and disability lines of insurance, denied policies for women who had been victims of domestic violence.

In 1995, the Boston Globe reported that nine major insurers canceled or denied coverage to women based on a history of domestic abuse.

Following reports of this practice in the media, the National Association of Insurance Commissioners issued the Unfair Discrimination Against Subjects of Abuse in Life Insurance Model Act or MDL-896 that specifically outlines prohibitions regarding unfair discrimination by life insurance professionals on the basis of abuse status.

Still, since the NAIC has no regulatory authority over business practices in the insurance industry, the states would have to adopt the model for it to become law, says Vanessa Sink, spokesperson for the NAIC.

“Each state regulates insurance individually. The act must be adopted by the state legislature for it to become state law — before it can be enforced by the state department,” says Sink. “Also, a state may already have a law that covers domestic violence as a pre-existing condition or have handled the regulation in another way. The states are not required to adopt an NAIC model.”

“We have never seen an application that deals with domestic violence and if we ever saw something like that, we would never allow it,” says Michael Bertrand. Deputy Commissioner of Insurance in Vermont.

The United Nations Development Fund for Women estimates that at least one of every three women globally will be beaten, raped or otherwise abused during her lifetime. In most cases, the abuser is a member of her own family.

This month, President Obama signed a presidential memorandum creating a task force to protect students from sexual assault. It is estimated that 1 in 5 women on college campuses have been sexually assaulted during their time there.

If you believe your insurance application was denied because of domestic abuse in the past, there are some steps you can take to remedy the situation.

“They should talk to the insurance regulator in their state or speak with a consumer advocate. Most departments of insurance have offices where consumers can file complaints,” says Nancy Durborow, a specialist for the National Network to End Domestic Violence.