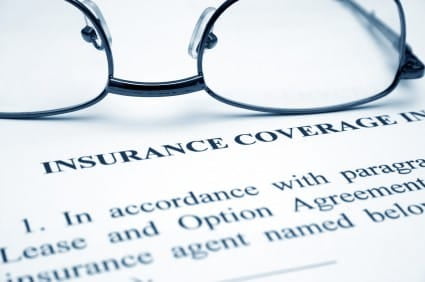 Unlike rider policies, there are different types of life insurance policies that can be purchased separately. Each of them having their own specific purpose.

A whole life insurance policy that insures all the members of an immediate family – husband, wife, and children – in the event that something happens. Usually, the coverage is sold in units per person, with the primary wage earner insured for the greatest amount.

This is a decreasing term policy that provides a stated income for a fixed period of time, if the insured person dies during the term of coverage. These payments continue until the end of a time period, specified when the policy was purchased.

A life insurance policy on a child, with coverage paid for by an adult, usually the grandparents or guardians. Such policies are not considered traditional life insurance because the child is not producing an income that needs protection.

However, by buying the policy when the child is young, the parents are able to lock in an extremely low premium rate and allow many more years of tax-deferred cash value buildup.

This type of insurance is designed to pay off the balance of a loan, if you die before you have repaid it. It is available for many types of loans, including student loans, auto loans, farm equipment loans, furniture, and other personal loans – including credit cards.

Usually, it is sold by financial institutions making loans, like banks, to borrowers at the time they take out the loan. If a borrow dies, the proceeds of the policy replays the loan directly to the lender or creditor.

On the average, this type of insurance is not considered a good buy as evidence in the following press release dated April 3, 2003, from the California Department of Insurance

“Sacramento, CA—Responding to a lawsuit filed against the California Department of Insurance (CDI) by the Consumer Credit Insurance Association in California Superior Court, Commissioner John Garamendi issued the following statement: “Credit insurance has been a monumental rip-off of consumers. In 1999, the Legislature recognized this fact and moved to protect consumer by regulating the premium rates charged by companies selling credit insurance. CDI studied these rates under the Low administration and confirmed the Legislature’s findings. I am not surprised these rip-off artists have filed suit in an attempt to continue to scam California consumers.’ ”

For more information, call the Consumer Credit Insurance Association at (312) 939-2242.

Also known as graded death benefit plan, they provide for a graded amount to be paid to the beneficiary.

For example, in each of the first three to five years after the insured dies, the death benefit slowly increases. After that period, the entire death benefit is paid to the beneficiary.

This might be appropriate if the beneficiary is not able to handle a large amount of money soon after the death, but would be in a better position to handle it a few years later.

This decreasing term coverage is designed to pay off the unpaid balance of a mortgage, if you die before the mortgage is paid off. Premiums are generally level throughout the term of the policy.

However, according to consumer organization, some of these can be the worst types of products in the financial world; so it you are considering one of these products, be sure to compare it with a traditional life insurance product.