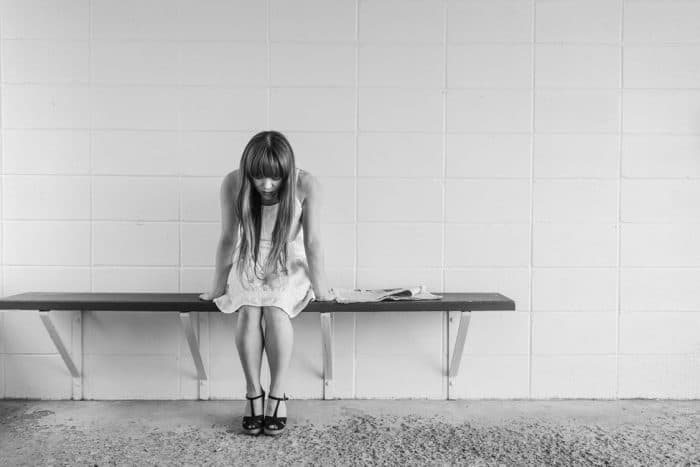 Women are also more likely to suffer depression than men, but with the proper treatment and lacking other health complications, buying life insurance should be affordable.

Keep in mind that a history of long-term hospitalizations or time spent in mental institutions will create cause for concern among underwriters and ultimately, raise premiums. Underwriters look for assurances that any depressive condition is being controlled by therapy and medication.

The most critical aspect for anyone wishing to buy life insurance and suffering from depression comes down to being honest. Hiding depression will create problems as medical records are now easily obtainable. In most cases, a para med exam is required for better rates.

Depression due to grief that’s mild – the type which doesn’t feature suicide attempts or substance abuse problems – usually means you can pay standard or preferred premium rates for your life insurance. If those depressive symptoms fall within disorders which can be successfully treated, much depends on the perceived severity of the condition. If depression lasts for months and those feelings interfere with daily activities, doctors say it’s time for a medical evaluation.

Depression is generally categorized by the severity of someone’s symptoms. It can lead to a host of ancillary health problems, and while your physical health plays a major role in how your life insurance premiums might be rated, your mental health can create differences in your premiums as well.

Depression falls into three categories according to the Anxiety and Depression Association of America:

1. Major depression is qualified by a period lasting two weeks or more.

2. Persistent depressive disorder is usually diagnosed when such feelings persist for at least two years.

3. Bipolar disorder, also known as manic depression, is often characterized by mood cycles which shift from highs to lows.

An underwriter will likely ask the following questions to determine eligibility for life insurance – and rates:

What underwriters are hoping to find is that you’re following your doctor’s orders, that your medication has improved your symptoms and that you’re attempting to live a healthy lifestyle.

While there are a wide range of reasons why someone might feel anxious or depressed – loss of a job, divorce, a death in the family – traumatic life events such as these can interfere with your general sense of well-being. Most people have experienced occasional bouts with anxiety or depression, but the situation becomes considerably more serious if the condition has a dominant impact on their daily lives.

The National Institutes of Mental Health report that just over 26 percent of Americans aged 18 and older who are being treated for severe, chronic depression suffer from a diagnosable mental disorder. That figure represents a total of approximately 15 million adults suffering from a major depressive disorder and another 40 million who suffer from a less worrisome level of anxiety.

According to the University of Michigan, during times when the economy is uncertain and job loss and financial strain are common, depression can last up to two years after an individual finds new employment.

In many cases, depression and anxiety are considered “pre-existing” medical conditions.

A recent study by from the Netherlands Institute of Mental and Health Addiction revealed that mortality rates for those diagnosed with depression are significantly higher than those of “mentally healthy” individuals. Depression takes a toll on the body which can be quantified such as high blood pressure, heart problems and decreases in immune system functioning. Depression also manifests itself in poor eating habits, sleeping poorly, higher rates of drug and alcohol and drug abuse rates.

Allen Hixon, a manager with State Farm Life Insurance Company, says standard rates should be available to applicants who suffer from a “mild” bout of depression.

If you suffer from “anxiety,” while you may have a slightly easier path to obtaining life insurance, you may still be considered a risk by life insurers. Insurers will offer a standard rate for someone who suffers from anxiety or panic attacks, though a “preferred rate” might now be available in such cases.

Experts like Hixon suggest that, if you suffer from depression or anxiety, you tell your insurance broker upfront. There are no set rules when it comes to insuring those suffering from depression or anxiety and if your broker is aware upfront, it can be worked into your quote,” Hixon says. “You may not be eligible for the coverage you wanted but you may not be excluded from coverage altogether. An individual may be temporarily declined coverage if they’ve been recently diagnosed. This is because there is usually insufficient medical information and treatment history available to determine if his or her prescribed treatment is effective. Normally, this would be within the first three to six months after being diagnosed.”

Keep in mind that you may need a letter from a physician explaining your situation and how you reacted to treatment. You may also need documentation of whatever event triggered your depression – and what you did to control it.

It’s key to understand that manic and chronic depressions are actual medical diagnoses. Someone who has experienced a ‘rough patch’ such as the recent loss of a spouse or loved one, a bankruptcy, a divorce or traumatic financial or legal issues would be said to suffer from a “transient issue,” and that has considerably less impact with underwriters.

The bottom line? Insurers are well-versed in identifying subtle differences in such conditions and may be willing to make exceptions to their rules and guidelines if they are given a specific and compelling reason. A letter from an individual or that person’s doctor can go a long way towards influencing the final outcome of an underwriting decision.