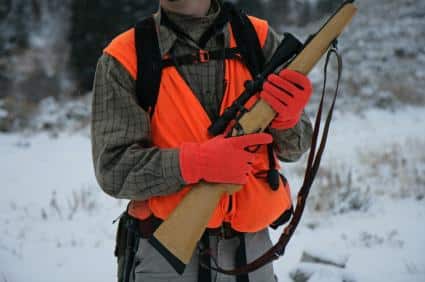 Every year, tens of thousands of deer hunters flock to the field in the hopes of snagging a buck or doe. Some may end up in the hospital or worse. Deer hunting is a risky sport.

Although shooting accidents do occur, the act of deer hunting itself can often be more dangerous, resulting in falls, heart ailments, and other issues.

According to the study, someone falling from a typical tree stand placed 10 to 30 feet in the air could hit the ground at more than 30 mph.

Even if you are in good shape, being out in the cold with heavy gear and experiencing an adrenaline rush can be taxing. Heart attacks and other health problems are among the dangers of deer hunting.

Any hunting-related injury can be exacerbated further by the fact that deer hunters are often out in the woods, far from help and separated from one another. If someone is injured, their hunting buddies may not be aware of it until the end of the day, putting the victim at risk of further injury and hypothermia.

Tree stands are at the top of the list.

Every deer hunting season, Dr. Nathaniel Brooks, a neurosurgeon at the University of Wisconsin Hospital, sees an increase in these injuries.

“Certainly, the most significant injuries that I deal with tend to be related to falls from tree stands rather than what most people would expect,” Brooks said.

According to the Ohio study, deer hunting is a dangerous sport. Injuries from tree and hunting stand falls required surgery in 81% of cases, and fractures occurred in 59%.

Brooks sees many injuries from people who hit the ground headfirst, landing on their neck or upper back. “With these types of falls, there’s a pretty high likelihood of having a spinal cord injury, and that can be a partial spinal cord injury where you’re paralyzed, so it can be quite devastating,” Brooks said

If a person falls from a tree stand and fractures their back, they should only be transported on a flat backboard or something similar, and it is generally preferable for emergency personnel to be brought to the victim rather than the other way around. Brooks stated that it is dependent on how the person fell while deer hunting and the extent of their injuries.

If the victim is in excruciating pain and is unable to move, they have suffered a severe injury. Consider how long it will take to reach the victim and whether they are at risk of hypothermia as a result of being exposed to the cold.

“The most important thing is to keep the patient stable and not move them unless they are in grave danger.” “If there is a suspicion of a spinal cord injury, keep them from further injuring their spinal cord,” Brooks said.

Adrenaline can be pumped up by deer hunting.

Deer hunting can also be harmful to the heart, particularly if the hunter has heart disease or does not get enough exercise during the off-season.

Dr. Marc Shelton, president of Prairie Cardiovascular in Springfield, Illinois, sees an increase in heart attacks among deer hunters every fall. Even those who believe they are healthy can have problems due to the physical demands, cold weather, and excitement.

“They may be excited about deer hunting, so their adrenaline levels rise,” Shelton explained. “They’ve got increased adrenaline, increased blood pressure, increased heart rate, increased cardiac work from the cold, possibly dragging deer and carrying guns—all of which contribute to heart attacks being fairly common during hunting.”

A 2007 study published in the American Journal of Cardiology by the Beaumont Hospital Cardiac Rehabilitation Program outfitted male deer hunters with heart monitors and sent them into the field.

It discovered that just seeing a deer caused some deer hunters’ heart rates to nearly double, even if the hunter was standing still. The authors came to the conclusion that hunting was such a strenuous activity that it could cause heart disease in sedentary people.

“If you’ve been a couch potato, you have to be cautious about increasing your level of activity without training,” Shelton cautioned. “In the cold, you should not exceed your physical abilities all at once.” It’s like shoveling snow; if you’re not in good shape and have a heart problem, you shouldn’t be shoveling snow.”

In addition to the physical demands of deer hunting, Shelton stated that hunters often sit quietly in a blind, waiting for game, where they risk developing Deep Vein Thrombosis. A DVT is a blood clot in the leg.

A DVT can cause damage to a person’s leg, but it can also become dislodged and move to their lungs, where it can become a pulmonary embolism, a potentially fatal blockage of the main artery to the lungs.

According to Shelton, the symptoms of a heart attack include chest discomfort with or without shortness of breath, itchiness, nausea or vomiting, and heart palpitations.

A DVT is typically characterized by swelling and pain in the calves, sometimes in only one leg. A pulmonary embolism causes shortness of breath and, in some cases, sharp pain in the chest.

Shelton believes that everyone needs cardiovascular activity for good health, but deer hunters can put themselves at risk if they jump from the couch to the field without first building up their physical fitness. Deer hunting is a risky sport.

“If you walk a couple of miles a day, the chances of walking three or four miles in a day are pretty good,” Shelton said. “But if your usual activity is two blocks a day, you wouldn’t necessarily expect to push forward for a four-mile hunt.”

If there is a problem, it is critical to get to a hospital as soon as possible. With this in mind, Brooks suggests having an emergency plan in place as well as a way for deer hunters to communicate with one another out in the woods, preferably via cell phone or radio.

“How are you going to get them out of there if someone twists an ankle or breaks a leg, which are other common injuries that can occur?” Brooks stated. “That kind of preparedness, which is a bit of a doomsday scenario when you’re trying to have a good time deer hunting, but it’s good to have thought it through at least once or twice before it happens.”

Additional symptoms of a heart attack, according to the American Heart Association: