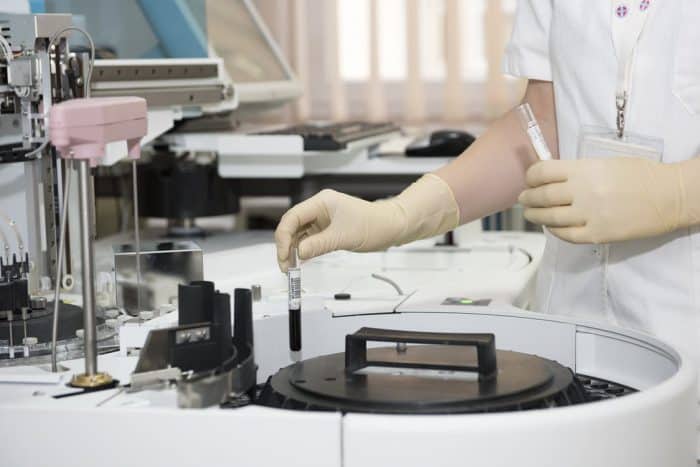 If your grandfather was an alcoholic, does that mean that you’re destined to be one as well? What about your mother and aunt who have both been diagnosed with breast cancer? Your genetic makeup determines more than the color of your eyes and skin, it presents a detailed map that illustrates familial traits, ticks, and sometimes, your odds of being stricken by a serious illness.

“We are incredibly vulnerable when it comes to our DNA,” said Dr. Deborah Peel, a practicing physician, boarded psychologist and founder and chair of the non-profit consumer health privacy advocacy organization, patientprivacyrights.org. “I don’t think we realize that when we walk around a room we shed DNA everywhere. This information can be lifted from a glass of water or a soda can. If you can lift off enough microscopic material you can find out a great deal about that person’s genetics.”

Some fear that as genetic testing becomes a routine practice in medical treatment, insurers will find ways to use the information to deny, limit or cancel insurance. Others fear that the possibility of discriminatory practices concerning genetic tests will bring advancements in human genetics to a grinding halt.

Nowadays, consumers and advocacy groups alike are looking for tighter regulation when it comes to who can access their medical records.

In May of 2008, former President Bush signed the Genetic Information Nondiscrimination Act of 2007-2008 (GINA) to protect Americans from being discriminated against by heath insurers and employers because of their DNA. The United States Department of Health and Human Services, issued a March 2009 guide that tackles GINA in detail. According to the guide, “When making determinations required under 45 CFR 46.111 (a), GINA’s provisions prohibiting discrimination in health coverage based on genetic information does not extend to life insurance. disability insurance, or long-term care insurance. GINA’s provisions prohibiting discrimination by employers based on genetic information generally do not apply to employers with fewer than 15 employees.”

“I find GINA a bit disconcerting,” said Linda McCabe, author and Adjunct Associate Professor of Human Genetics and Pediatrics at the David Geffen School of Medicine at UCLA. “On the one hand, it is a very limited step toward providing some protections for individuals who are asymptomatic and would like to have genetic testing done. I’m very concerned that anyone who actually has a disorder or develops a disorder will not be protected. GINA does not protect you if you have symptoms.”

Even after GINA was passed, the American College of Medical Genetics reported receiving a high number of phone calls from physicians about whether patients can pay for genetic testing out of pocket, worried that such information may be used against them by insurers.

A February 2008 survey by the Genetics and Public Policy Center in Washington D.C., showed that an overwhelming majority of the 1,199 Americans surveyed support genetic testing for research and advancements in health care, but a whopping 92 percent were concerned about genetic tests being used to profile their health. While a large majority trusted their doctor’s handling of genetic test results (86 percent), only 16 percent trusted employers who have access to this data. An even lower percentage trusted their insurers with the same information.

Ninety-three percent felt genetic testing shouldn’t be used to make decisions to deny or limit insurance coverage or decisions related to hiring and promotion in the workplace.

Of late, the topic has been addressed in regard to health insurers, but very little has been mentioned about what this information could mean to someone applying for life insurance — particularly in the individual market.

Life insurance is of special concern because underwriters assess mortality risk to determine how to rate or deny a policy to those who have a pre-existing medical condition.

“Insurers generally are not quick to embrace new technologies such as genetic testing,” said Whit Cornman, spokesperson for the American Council of Life Insurers (ACLI). “Instead they tend to look at things that have a long proven track record.”

“The run-of-the-mill approach to life insurance involves evaluating factors such as weight, height and a history of chronic disease, insurers are not necessarily looking at genetic information. Also, those factors are certainly less expensive to gather,” said Amanda Arnold, Health Policy and Legislative Analyst for the National Human Genome Research Institute at the National Institutes of Health.

Arnold adds that to date, the NHGR has not received any cases involving genetic discrimination, patient privacy and life insurance, but she understands why genetic testing might interest insurers.

“I can imagine a scenario that it would be in their interest to gather such information when it comes to establishing premiums, but they have better ways to determine a person’s health and set rates,” said Arnold. “In the meantime, we will continue to monitor the issue. If problems emerge at some point in the future, then we would encourage the policy community to look at the implications of the practice and make additional recommendations as it becomes necessary.”

Currently, 43 states have recognized the importance of maintaining the privacy of genetic information. But each state approaches the issue differently. GINA does not trump more expansive state laws.

“State legislatures do so many things at the state level regarding insurance and there are some protections regarding genetic discrimination and patient privacy on the federal level but none apply specifically to life insurance,” said Arnold. “The state level could be where this topic bubbles up, especially if the states start parsing more laws regarding this issue.”

While there are fears that genetic testing has the ability to open a Pandora’s box for those applying for life insurance, authorities in the medical community continue to question the reliability of DNA tests.

Concerned with the possibility that test results are misleading, the FDA and the Federal Trade Commission have also started to question the accuracy of genetic testing.

“DNA shows certain predispositions to illness, but it is not 100 percent precise in determining this predisposition,” said Peel. “Predilection, preferences and behavior are in the gene, but the legitimate studies are just not there yet to actually predict with any confidence if you will become ill, even if you are susceptible to a certain condition.”

The National Institutes of Health have pointed out that clinical genetic tests are available through physicians, genetic counselors and labs, for more than 1,300 diseases, and hundreds more under research.

Harking back to a “nature versus nurture” debate, geneticists are swimming in a muddy pool of uncertainty when it comes to predicting the full course of a genetic abnormality.

“I don’t know if genetic tests are misleading, but I do know that we don’t have enough data,” said McCabe. “Most disorders are not caused by a single gene interaction, it’s an interaction of multiple genes combined with our environment.”

Even if you received a positive result for being presymptomatic (when symptoms have not appeared), a genetic test cannot accurately establish the risk of developing an illness. Physicians cannot use your results to predict the course or the severity of a condition. The information a test provides is even more limited when it comes to a condition that is inherited.

Also, DNA testing can miss a disease-causing anomaly because some tests cannot detect all the genetic changes that would jumpstart a particular illness, requiring further testing to confirm a negative result.

“Everyone has common, natural variations in their DNA, (polymorphisms) that have no effect on health,” said McCabe. “If there is a change in the DNA that isn’t associated with the disorder, it can be difficult to determine if it is a natural variation or not.”

She adds, while a result can rule out a specific diagnosis, it cannot show if the person has a higher risk of developing a disease or illness.

“When this happens, generally family members are also tested to rule out a certain disorder,” said McCabe.

McCabe opined that she feels it is not a question of accuracy when it comes to genetic tests.

[callout title= How to protect your genetic information]

1. Go under an alias and pay for your genetic testing out of pocket.

2. Ask your doctor if they sell data, if they say they do, tell them you do not grant them the right to disclose your information or your family’s information to third parties without your explicit permission.

3. Ask if there are any “disclosure requirements” in your insurance contract, if so, you may want to reconsider working with that insurance company.

4. Get the adequate confidentiality forms and give them to your physician.

5. Request to “opt out” of the American Medical Association’s database.

7. File a complaint form with the Department of Health and Human Services Office for Civil Rights.

8. Request a copy of your Medical Information Bureau (MIB) file.

“It’s more about genetic determinism,” said McCabe. “I don’t think anyone should place too much emphasis on one genetic test result.”

McCabe suggests that if you are thinking about submitting your DNA to a genetic test you should work with a board certified genetic professional who specializes in genetic counseling before deciding to go through with a test.

“There are pros and cons that need to be addressed and often patients find it’s really unnecessary,” said McCabe. “Everyone is at risk for a genetic disease, we just may not know what the specific genes are for every DNA mutation in their family. It is very difficult to reach any real conclusions because the number of disorders which we have genetic testing for is still limited.”