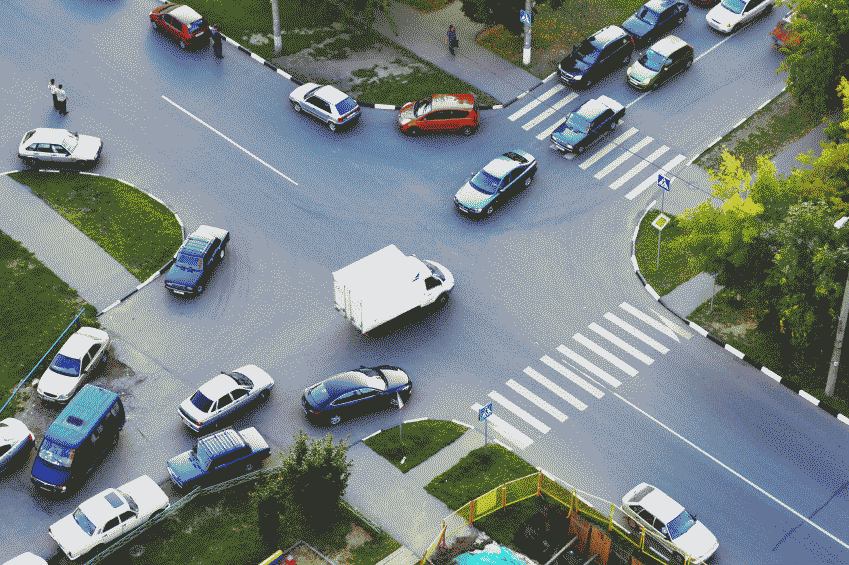 Nobody ever considers a trip to the grocery store to be dangerous. However, just a few years ago, if you drove through the intersection of Flamingo Road and Pines Boulevard in Pembroke Pines, Fla., you were putting your life in danger.

That intersection, where two six-lane roads meet near a major shopping mall, was once the most dangerous in the country. Despite having traffic signals and designated turn lanes, the intersection had 357 traffic accidents over a two-year period in the mid-2000s.

“We conducted that study ten years ago and are still receiving feedback on it today.” “We really hit a nerve,” Luedke said.

Many communities, including Pembroke Pines, accepted State Farm’s offer, but many others did not.

“There were some logistical and, in some cases, legal issues that prevented some of them from participating,” Luedke explained. “And certainly some turned us down because they did not believe their intersections were flawed and should not have been on our list.”

Furthermore, some communities questioned the company’s methodology. “We didn’t claim to have the final say. The goal was auto safety, and this was an effective method of achieving it. We received far more attention than we expected.”

While most insurance companies are known for responding after a disaster, Luedke says State Farm wanted to be proactive in this case.

“It is in our best interests to be concerned about auto safety,” Luedke said.

He noted that State Farm is the nation’s largest auto insurer, accounting for 18% of policies, and that comes with a lot of accident data. (Allstate comes in second with 11%.)

According to Luedke, when State Farm created its list, the company was not attempting to persuade communities to redesign their intersections, though in some cases this was necessary.

“There were less expensive fixes out there, like better signage,” Luedke explained. “That was the thrust, demonstrating that fixing the problem didn’t have to be expensive.”

So, what makes a crosswalk dangerous?

According to Kelly Hanahan, a public affairs specialist for the Federal Highway Administration, the amount of traffic is an obvious reason, but less obvious are road construction, signage (or lack thereof), traffic control devices (or lack thereof), and visibility, especially if there are a lot of trees or weeds obscuring visibility.

The Federal Highway Administration also stated that dangerous intersections do not have to be located on busy roads. While major highways receive the majority of the attention, rural roads account for nearly half of all traffic accidents. Furthermore, some rural roads may have a higher accident rate than major highways or interstates based on the percentage of accidents versus traffic counts.

According to the FHWA website, “intersection safety is a national, state, and local priority.” “Intersections account for a disproportionate share of the safety issue.” As a result, organizations such as the FHWA, National Highway Transportation Safety Administration, Institute of Transportation Engineers, American Association of State Highway and Transportation Officials, American Automobile Association, and others are devoting resources to help reduce the problem.”

Hanahan says the FHWA compiles an annual report from all 50 states that lists the top five percent of highway accident locations for drivers who want to know where the most dangerous intersections are in their area.

Drivers can help reduce accidents at any intersection by buckling up, eliminating distractions by putting down the cell phone, not drinking or eating while driving, and slowing down, according to Hanahan.

“Reducing speed allows a driver to make better decisions and lessens the severity of a crash,” Hanahan says.

Communities and states, on the other hand, are collaborating with insurance companies and other traffic organizations to improve intersection safety. State Farm Insurance is assisting Pembroke Pines, Florida, in funding safety studies. Pembroke Pines, which has a population of 150,000 people, received a 20,000 dollar grant from State Farm for a safety study, and because the intersection of Flamingo Road and Pines Boulevard is one of the most dangerous in the country, the town also received a 100,000 dollar grant to make safety improvements by adding more east-west lanes to improve traffic flow.