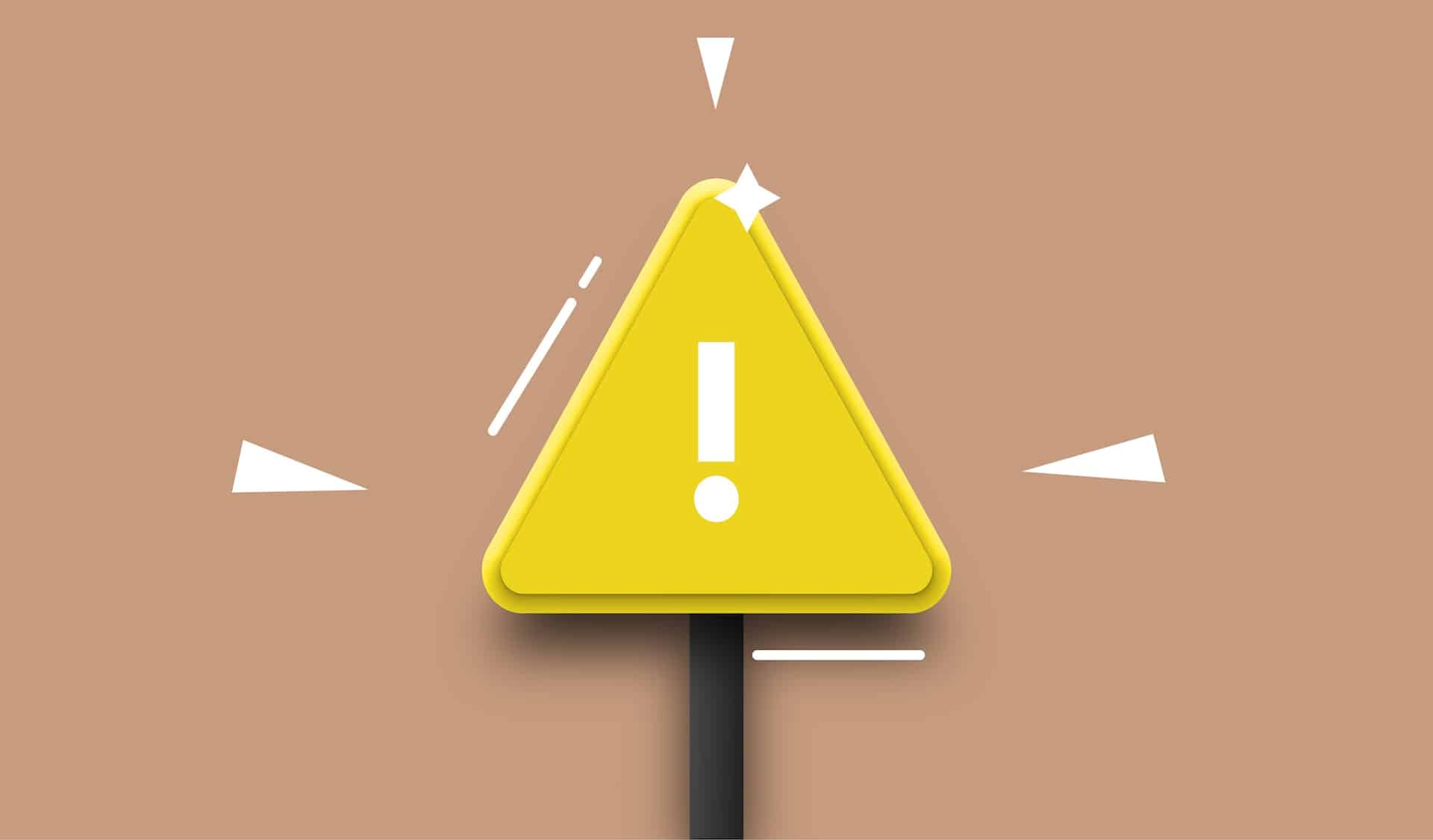 Studies have linked driving and health risks to an increase in a person’s mortality risk. According to the Texas Transportation Institute, commuters in the U.S. spent 4.8 billion hours idling in their cars as a result of rush-hour traffic delays.

The impact this has on people’s health is easy to understand but harder to quantify. Vehicle exhaust is part of a giant soup of noxious gasses and particulate matter emitted into the air from a variety of sources, including coal-fired power plants and steel mills, yet sitting for hours in rush hour traffic can and does lead to a variety of health issues.

Dr. C. Arden Pope III, professor of economics and epidemiologist at Brigham Young University, says several studies indicate a connection between traffic and illness, although it’s impossible to say that spending a certain amount of time in traffic will lead to a specific medical problem.

“The literature is not strong enough to say for certain, but what we can say is that the evidence is compelling enough to indicate that being exposed to this fine particulate pollution increases your risk of respiratory and cardiovascular disease in fairly significant ways,” Pope says. “For those people, a substantial amount of their exposure actually occurs during their commute.”

Those environmental health effects can lead to serious illnesses such as cardiac and pulmonary diseases that would show up on a life insurance paramedical examination, resulting in higher life insurance premiums. Life insurance applicants are typically given chest X-rays and lung and pulmonary function tests to rule out any major health problems with their heart and lungs.

Asthma is a common respiratory illness that constricts the airways and initiates labored breathing and wheezing, it is also a chronic condition that can be exacerbated by exposure to pollutants, such as vehicle exhaust.  According to the Environmental Defense Fund, asthma afflicts more than 22 million people in the United States. Children are particularly hard hit by the illness, especially those under the age of four.  Asthmatic children in this age group has more than doubled since 1992. The EDF also reports that diesel emissions in New York City has added to the problem. Children who live in New York City were twice as likely as other children in the nation to be hospitalized due to severe asthma.

From an insurance underwriters perspective, depending on the severity of the illness, the type of life insurance policy for asthma sufferers can range from a standard rating for mild cases, to low to moderate to a high substandard rating or a decline, if the illness has not been adequately kept under control. For example, if you are offered a low substandard policy because you have asthma, this would be what is called a Table A-D rating, meaning that the price of the policy is 150 percent to 175 percent higher than a standard rating, which is considered the best case scenario for this condition.  Instances where a person’s asthma is considered severe, they could be given a high substandard rating, which means they might see their policy costing them 300  to 500 percent higher than someone with a standard rating.

It also found evidence of a causal relationship between automobile pollution and impaired lung function and a hardening of the arteries.

However, some problems are obvious. Anger and stress are bad for the heart.

A German study in 2009 found that heart attack patients were more than three times as likely to have been in traffic within an hour of their attack, posing an added threat to those already at risk.

The Environmental Protection Agency provides a chart illustrating environmental pollution and its health risks below:

Dr. Ed Avol, a professor in the department of preventive medicine, Keck School of Medicine at the University of California, says a number of studies have made an association between exposure to traffic and respiratory, cardiovascular, neurological and birth-related issues. There are even suggestions that there may be some linkage to diabetes and obesity.

“It’s not like it’s a smoking gun short of connection, cause and effect, but there’s no question that there does seem to be a statistical connection and when we try to add just out mathematically for all the other things that might be responsible,” Avol says. “To the best of our abilities for and by many people, many groups doing the sorts of studies, there does seem to be this recurring signal that we see so we’re fairly confident that there’s something going on.”

Any or all of these could have a negative impact on health, according to Dr. Fuyen Yip, team lead of the Air Pollution and Asthma Epidemiology Team at the Centers for Disease Control’s National Center for Environmental Health.

“While we don’t know specifically which pollutants may be responsible for adverse health, the science is fairly clear that this exhaust mixture may trigger a response not only in the lungs, but the heart as well,” Yip said via email. “Over a lifetime, increased exposures to traffic pollution may also lead to reduced lifespans among otherwise healthy individuals. We do believe that individuals with asthma and individuals with other respiratory or cardiovascular illnesses are especially sensitive to traffic pollution.”

Experts believe that as pollutants enter the lungs and the bloodstream, they may lead to acute inflammation that disrupts the body’s normal processes. Yip says that for most people the impact may include unnoticeable changes in their heart rate or lung inflammation. A rare few could experience a heart attack.

Avol says some of the particles emitted by combustion, including that from vehicles, are small enough to cross from the lungs directly into the bloodstream, where it’s believed they may lead to inflammation of the cells themselves and impact their function—such as their ability to absorb nutrients.

“Big sized of pieces of dirt we call rocks and little sized pieces of dirt we call aerosols. When an engine burns, even when your gas stove is on or when your fireplace is on it’s not a 100 percent efficient process, it doesn’t completely consume everything that’s going into the flames, so there is some incomplete combustion and there’s some contaminants, some pollutants that come out of that,” Avol says. “In the case of car exhaust there are a whole range of small particles that come out of that.”

Pope says the respiratory impact of breathing in fine particles has been studied for years, but analyzing its potential cardiovascular impact is something relatively new and is not as well understood. He says even a mild to moderate inflammation of the lungs, caused by pollution, could send signals throughout the body.

Even short-term exposure has an inflammatory response, which might not have an immediate response for a healthy individual but can exacerbate the condition of someone with atherosclerotic problems—a hardening of the arteries which is a factor in heart disease and strokes. Pope notes that gum disease is known to increase the risk of a heart attack, so the potential impact of inflammation in the lungs is even greater.

“Basically this inflammation becomes systemic and that seems to be true with your lungs,” Pope says. “If you think of the lungs versus your gums, the lungs, if you spread them all out, they’re about the size of a tennis court so all those alveolar sacs in your lungs, if you were to spread them way out you’ve got a huge surface area so the capacity to contribute to systemic inflammation is substantial.”

Even though cars today burn cleaner than they did in the past, Avol says their emissions controls were designed to function when cars are moving. They don’t perform as well in stop and go traffic.

Many cars these days come with cabin air filters, which can have some positive benefit but are necessarily inefficient as the cabins themselves are not well sealed and need to allow fresh air inside.

Experts suggest living as close to work and as possible and using public transportation as ways of mitigating the effects of a long commute—as well as trying to travel during off-peak hours. Exercise is important but should be done off major roads, as even getting a block or two away can help.

“People who spend a lot of time commuting may or may not have time for exercise. They may be pretty sedentary,” Avol says. “If you’re a heavy commuter you’ve got to take a look at your total life and what you’re doing, make sure that your life is balanced out. There’s more to life than just commuting and work. Trying to find some time for yourself, trying to improve your diet, trying to get some exercise, try to reduce your stress when you are commuting all of those things are going to help you from the health standpoint.”

Pope suggests installing High-Efficiency Particulate Air (HEPA) filter at home, which can provide an improvement in cardiac autonomic function and help offset the impact of a polluted commute.

“I wish I could say you know you spend an hour a day commuting it’s going to reduce your life expectancy by X amount of years and increase your risk of dying by heart disease by X amount and that sort of thing,” Pope says. “The literature is not strong enough to be able to say that but we can say that the evidence is compelling that being exposed to this fine particulate pollution increases your risk of respiratory and cardiovascular disease in fairly significant ways and that for many people, especially those with long commutes on congested highways.”

While the stress of a long commute is thought to be less of a factor than that of pollution, these two factors can exacerbate each other—especially when considering that commuting itself is a sedentary activity that takes away from time that could be spent exercising.

“It is likely that stress from commuting or sitting in traffic can and does lead to some similar health responses as exposure to air pollution. It is also possible that being stressed may make someone more sensitive to air pollution health effects or vice versa, “ Yip said via email. “Currently, there are only a few studies that have looked at the interaction between psychosocial stress and air pollution, but this is still an emerging scientific issue.”

For those who still must deal with a stressful commute, relaxation CDs and techniques can help them keep their emotions under control, advises Dr. Lori Mosca, a professor of medicine at Columbia University Medical Center and director of preventive cardiology at New York Presbyterian Hospital.