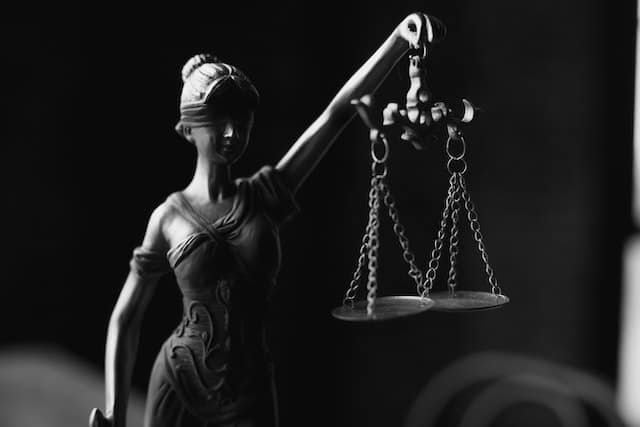 Conceptually, variable annuities are simply mutual funds wrapped in an instrument that permits tax on all income, whether ordinary or capital gain, to be deferred until monies are distributed. If annuitized, distributions are taxed under the rules of Code Section 72, which essentially prorates the recovery of basis over the distribution period. In addition, and more importantly, the investor may enjoy any number of a myriad of contractual guarantees in a variable annuity contract (although the details of these guarantees are highly variable across various contracts). However, an investor must pay a price for these advantages.

First, the amount of each annuity payment in excess of the amount of basis recovery is taxed at ordinary income tax rates, regardless of whether it is attributable to ordinary investment income (i.e., interest or dividends, including the potentially tax-favored qualifying dividends) or capital appreciation. Because an investor’s marginal ordinary income tax rate virtually always equals or exceeds the applicable capital gains rate (depending upon whether the gains are short-term or long-term), he/she will forfeit the favorable lower tax treatment on the portion of payments that is attributable to previously unrecognized capital gains. In addition, the taxpayer will be unable to take advantage of capital losses as they accrued (although capital losses will still offset gains within the contract, ultimately reducing the amount of growth taxed as ordinary income at withdrawal).

Second, variable annuities incur mortality and expense (M&E) charges (for other various riders and guarantees) that range from about 0.5 to 1.25 percent (and occasionally as high as 2.0 percent with additional riders, features, and guarantees) in addition to the usual fund expenses. Fund expenses average anywhere from 0.6 to 1.25 percent on equity funds, and can occasionally be as high as 2.25 percent for small cap equity or international equity funds.

Third, most variable annuities impose surrender charges if owners withdraw money within the first five to nine years. The charge typically declines to zero in steps of 1 percent per year. As a general rule, variable annuities are less attractive than mutual funds if there is any possibility the contract will be surrendered within the first five to seven years. For terms this short, the period of tax deferral generally will be insufficient to overcome the additional fees and surrender charges. It is notable that in recent years, an increasing assortment of variable annuities are being offered to the public that allow for substantially reduced periods of surrender charges (as short as three years, or even one year) or no surrender charges. However, these contracts have increased M&E charges to compensate for the higher risk (to the insurance company) of an early liquidation.

Fourth, and potentially more problematic, is the 10 percent early withdrawal penalty on distributions from annuities before age 59½. Distributions that are not part of a series of substantially equal periodic payments for the life (or joint life) expectancy of the annuitant(s) are in most cases subject to a 10 percent penalty tax on the taxable amount withdrawn from the annuity, in addition to the ordinary income tax due.

Keep in mind that, although equity mutual funds do not enjoy the same degree of tax deferral as variable annuities, they are nonetheless, tax favored investments. Although the tax on ordinary dividend and interest income earned by a fund is paid by the shareholders in the year the income is earned, the tax on capital gains is deferred until the gains are recognized, either through buy and sell transactions within the mutual fund portfolio or when the investor sells his shares in the fund.

Therefore, when trying to decide whether variable annuities or mutual funds are more appropriate for a particular client situation, the results (particularly the analysis of comparable returns) depend on certain critical assumptions regarding the size of the differential in fees and loads, the rate of return, tax rates on ordinary income, qualifying dividends, and long-term capital gains, the turnover rate of the underlying investments, the length of accumulation period, and whether annuity distributions will be subject to a 10 percent penalty. In addition, the relative merit depends on how the variable annuity will be liquidated. Variable annuities are relatively more attractive if proceeds will be annuitized rather than taken in a lump-sum (because longer time periods generally favor the annuity’s tax deferral benefits).

In most cases, investors who accumulate substantial sums for retirement, either inside or outside of an annuity, do not take a lump-sum distribution, which would then trigger the immediate recognition and taxation of all deferred income or accumulated gains. Instead, they make periodic withdrawals (and/or outright annuitize the contract) which enables them to continue to enjoy the benefits of tax deferral on the remaining balance over the distribution years. This continuation of tax deferral increases the relative benefit of the variable annuity as compared to the mutual fund.

The variable annuity becomes relatively more advantageous when the continuing benefits of tax deferral over an extended payout period are also included in the analysis. However, even if funds are to be liquidated over a twenty-year period, the variable annuity becomes the better alternative (under the listed assumptions) only if the accumulation period is still quite long.

The below tables show break-even periods assuming the new tax rates for capital gains and qualifying dividend income will continue indefinitely into the future for taxpayers in the 35 percent, 30 percent, 25 percent, and 15 percent tax brackets, respectively.

Otherwise, the analysis remains essentially the same, except that the new tax rates are used and the crossovers or break-even periods are computed for a number of different capital gain proportions. That is, the break-even periods are shown not just for a mutual fund with 60 percent of the return attributable to capital appreciation but for capital gain proportions ranging from 0 percent to 95 percent of the return. All other assumptions remain the same as those used in computing the values in the first table. The charts find the number of years that money must be invested in the variable annuity before payouts commence in order for the after-tax payouts from the annuity over the twenty-year payout period to exceed the after-tax payments the investor could obtain from the mutual fund.

Not surprisingly, the crossover or break-even period is longer uniformly than under the previous tax regime. For example, the second table assumes the taxpayer is in the 35 percent tax bracket, just as was assumed when computing the values in the first table. Capital appreciation comprised 60 percent of the return in the first table. The grayed cells of the second table show the corresponding values using the new tax rates for long-term gains and qualifying dividends for a taxpayer in the 35 percent bracket. The crossover or break-even period under the new tax rules until an amount invested in the variable annuity could provide the same after-tax payout over a twenty-year period as the investment in the mutual fund outside the annuity is over sixty years until the rate of return exceeds 9 percent. At a 10 percent rate of return, the crossover occurs after fifty-four years. This is about twenty-four years longer, or more than twice as long, as the crossover period of 20.4 years under the old tax rules. If the investment earns 12 percent, the crossover occurs under the new rules after thirty-seven years, or about twenty-three years longer than under the previous tax rules.

All the tables above also show the crossovers if it is assumed no portion of the return (0 percent) is attributable to capital gains. This could conceivably be the case if the portfolio were invested in preferred stocks and bonds (it would also be applicable in a high turnover portfolio, where all capital gains are taxed as short-term capital gains). Even if a taxpayer in the 35 percent bracket could earn 10 percent on such a portfolio, the crossover still does not occur for nineteen years. For taxpayers in the 30 percent and 25 percent tax brackets, the crossover is only a year shorter for each step down in the tax bracket.

The table below presents the results for a taxpayer in the 35 percent tax bracket assuming that the variable annuity assesses no mortality charge at all. In other words, it assumes the variable annuity and the mutual fund have exactly the same expenses. The table shows that if investors can find annuities with very low mortality charges, and the investors are planning to invest in assets with low appreciation potential, the annuities could be viable alternatives. However, based upon current rates of return for fixed-income investments, a 6 percent return would probably be an aggressive assumption, at least for the first few years of the investment. At 6 percent, investors still need to invest in the annuities for at least fourteen years before they plan to start taking distributions to make the investment profitable compared to investing outside the annuity.

Our entire analysis up to this point has assumed a level annual return. However, in point of fact, we know that annual returns are not level. Although the S&P 500 index has had a long-term compound average annual rate of return of approximately 10 percent over the past seventy-five years or so, individual year returns have ranged dramatically, and substantial losses in a particular year are possible. If withdrawals need to be made from the investment, either on account of retirement (or other) spending needs, or because of a death of the account-holder, the guarantees provided by the annuity may become highly relevant. A severe market downturn shortly before a substantial withdrawal can provide an immense savings to the annuity holder as the contractual guarantees are exercised. Over the long run, if the annuity is properly priced, individual fluctuations will average out and will approach the long-term averages (and concomitant long-term-based results) shown in the charts contained herein. However, on an individual basis, the guarantees may be vitally important to an individual client.

In addition, the provision of underlying guarantees may allow an investor to otherwise take a higher level of risk than he/she may otherwise be comfortable with. Consequently, an annuity investor might potentially earn an average rate of return of 10 percent in an S&P 500-like investment, while the mutual fund holder might only earn an average rate of return of 8 percent, due to a more conservative investment in light of the lack of underlying guarantees. The potential for a higher rate of return to an annuity holder in light of higher investment risk taken on (mitigated by reduced total risk due to annuity contractual guarantees) can substantially shorten the break-even period necessary.

Because the appropriate amount of risk can vary tremendously on an individual basis, and risk characteristics can change over time, the primary factor in the decision to select a variable annuity should be its value as a risk management tool, not merely as a tax deferral method. Because of the tremendous variety of contractual guarantees, with varying costs, available through commercial variable annuity providers, full analysis of the relevant options, and the client’s needs and concerns, is vital to the decision to utilize a variable annuity and the appropriate selection of a particular contract.