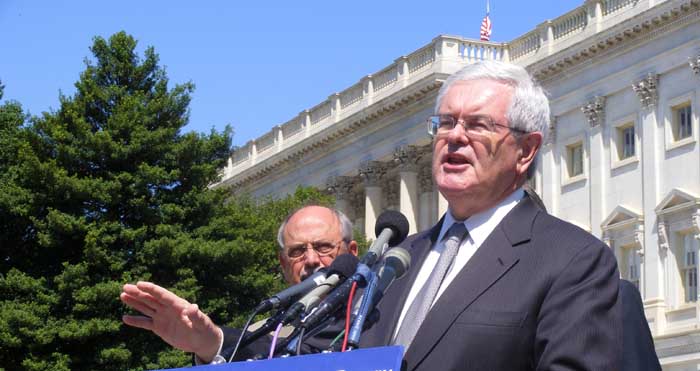 Are you concerned about changes to the Affordable Care Act? So is the National Association of Insurance Commissioners (NAIC), which acts as a consumer watchdog in their insurance investments.

According to the Republican commissioner in charge of state health regulation, the first rollout of the Trump administration’s bill to repeal the Affordable Care Act will not pass muster.

“It ultimately will not be, in my opinion, the proposal that eventually passes – if something passes,” said Maryland Insurance Commissioner Al Redmer Jr. to a conference hosted by America’s Health Insurance Plans.

Former House Speaker Newt Gingrich also spoke at the AHIP luncheon, telling the audience that filibuster rules in the Senate prevent the House of Representatives from introducing legislation to “repeal and replace” the ACA.

“So you end up with a bill that’s, in some ways, a little bit deformed by the legislative requirements,” Gingrich said.

The Republican Party’s more conservative wings, from the Freedom Caucus to Tea Party supporters, have expressed opposition to the first round of Republican legislation. They claim that the initial bills include “entitlements.”

According to Gingrich, as many as ten Republican Senators, ranging from moderates to conservatives, now oppose the legislation as it is currently being rolled out. Gingrich pointed out that there are 52 Republicans in the Senate, and that Democrats are unlikely to support the first ‘Republicare’ legislation in its current form. Gingrich did express optimism that some form of repeal and replace action would be taken.

“It’s very unlikely that a president as willful, as intelligent and as energetic as Trump is going to lose his first big bill. I will stipulate right now, something will be signed into law. I don’t have a clue what it will look like,” Gingrich said. “I actually don’t think they do either because they’ve got to wait and see how the pressure cooker works.”

The difficulty, according to Redmer, is in attempting to build health-care “provider networks” in various areas. While both insurance commissioners welcomed the proposal’s increased reliance on state regulatory authority over insurance markets, they remained staunch supporters of high-risk pools that cover people with medical problems.

Redmer told the assembly that preempting or eliminating “our ability in the states to protect our consumers” would be a mistake. Carriers already have opportunities to do business across the country. You simply have to follow the rules of that state, and any environment that creates a race to the bottom of gutted consumer protections is something that concerns me.”

“You’re not going to buy an insurance policy in rural Iowa – and live in Maryland – and have your health care delivered at Johns Hopkins University without having the same cost of delivering that care,” Redmer said.

Nickel and Redmer advocate for more funding for states willing to reintroduce state high-risk pools for people with medical issues. These conditions existed in 35 states prior to the implementation of the ACA in 2014.

Nickel cited Wisconsin’s previous high-risk pool program as a model for post-ACA changes. Consumers who were denied coverage were eligible for subsidized policies, according to Nickel. He went on to say that the costs of those subsidies were shared by consumers who bought commercial plans, providers, and insurers. That plan allowed people to use their plans across the state with no network restrictions.

Prior to the ACA, a high-risk pool in Wisconsin was functioning well, according to Nickel, but it had to be dismantled when alternative exchanges and subsidies became available. Before the Affordable Care Act, 90 percent of Wisconsin consumers had access to affordable health care, according to Nickel. He also stated that the number of consumers who have this access has increased as a result of changes made to accommodate the ACA rules.