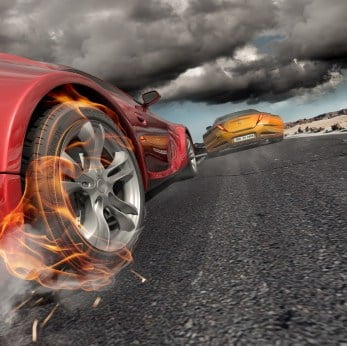 Following the failure of the Senate to repeal the Affordable Care Act, the Trump administration is poised to use its regulatory powers to accomplish what lawmakers could not: to reduce Medicaid. President Donald Trump’s top health officials could reduce enrollment in the state-federal health insurance program by approving applications from several Republican-controlled states eager to rein in rapidly rising Medicaid budgets.

Indiana, Arkansas, Kentucky, Arizona, and Wisconsin are requesting permission from the administration to require adult enrollees to work, submit to drug testing, and require some of their poorest recipients to pay monthly premiums or be removed from the program.

Maine intends to apply on Tuesday. If the first states get the go-ahead, other states will most likely follow.

Josh Archambault, senior fellow for the conservative Foundation for Government Accountability, said absent congressional action on the health bill “the administration may be even more proactive in engaging with states on waivers outside of those that are already planning to do so.”

He hopes that as states figure out how to “transition able-bodied enrollees into new jobs, or higher-paying jobs,” fewer people will be on the program. States need to shore up the program to be able to keep meeting demands for the “truly needy,” such as children and the disabled, he added.

The waiver requests, according to both staunch supporters and vocal critics, are a way to rein in the $500 billion program, which has grown at an unprecedented rate over the last four years and now covers 75 million people.

In the past, waivers were frequently granted to expand coverage and test new ways of delivering Medicaid care, such as through private managed-care organizations.

However, critics of the new requests, which could be approved within weeks, claim they will harm the most vulnerable people.

The National Health Law Program “is assessing the legality of work requirements and drug testing and all avenues for challenging them, including litigation,” said Jane Perkins, the group’s legal director.

The administration has already stated its support for work requirements and invited states to submit new ideas in March.

Seema Verma was the architect of a Kentucky waiver request submitted last year before taking the top job at the Centers for Medicare & Medicaid Services.

Medicaid enjoys broad political support in many states, particularly in the Northeast and West, so not all states are expected to seek waivers.

Since 2014, when Obamacare provided states with more federal funding to expand coverage for adults, enrollment in Medicaid, the nation’s largest health insurance program, has increased by 17 million. It is typically the second-largest expenditure for states after education.

For the first time this year, Senate and House bills attempted to limit federal funding to states. Federal Medicaid funding to states has been unlimited since the program’s inception in 1965.

According to health experts, allowing the waiver requests goes beyond the executive branch’s authority to change the program without Congressional approval.

“The point of these waivers is not for states to remake the program whole-cloth on a large-scale basis,” said Sara Rosenbaum, a health policy expert at George Washington University who chairs a Medicaid group that advises Congress.

Rosenbaum pointed out that states received waivers for a variety of reasons during the Obama administration.

State officials in Iowa won the authority to limit non-emergency transportation. Indiana was granted permission to charge premiums and exclude enrollees with incomes above the federal poverty level if they fell behind on payments.

“Now there is concern these more extreme measures would hurt enrollees’ access to care,” Rosenbaum said.

If states impose premiums, as well as work and drug testing requirements, fewer people will enroll in and remain on Medicaid, according to David Machledt, senior policy analyst for the National Health Law Program.

“How does that serve the purpose of the Medicaid program and what are the limits of CMS waiver authority?” he asked.

Wisconsin, where Republican Gov. Scott Walker wants his state to be the first to require drug testing for some Medicaid enrollees, is a prime waiver candidate.

State officials emphasize that the effort is not intended to discourage drug users from participating in the program, but rather to assist in the provision of treatment for drug users.

Wisconsin is also one of five states that are requesting a waiver to add a work requirement. Volunteering, job training, or caring for an elderly relative could all be used to fulfill the mandate.

Furthermore, unless the beneficiary is working, Wisconsin wants to limit Medicaid benefits to 48 months.

All of these rules would apply to about 12% of current Medicaid recipients who are not disabled and do not have dependent children.

Wisconsin Medicaid Director Michael Heifetz stated that the main goal of the proposed changes is to get people into the workforce rather than to reduce the size of Medicaid.

“The proposal is not designed to have folks leave the program except for positive reasons,” he said.

If the waiver is granted, the state expects to save nearly $50 million per year and lose 5,102 students over the next five years.

Wisconsin currently spends $7 billion on Medicaid and has 1.2 million beneficiaries.

When asked why the waivers are aimed at childless adults rather than parents, Heifetz explained that Wisconsin wanted to test the provisions on a smaller population first, focusing on adults who should be able to find work.

However, the Wisconsin effort has sparked widespread outrage among hospitals, doctors, and disability advocates.

According to the Wisconsin Council of Churches, the state’s waivers would punish the poor while undermining community vitality.

“We are concerned the proposed changes to the program will be detrimental for the health of our most vulnerable neighbors … and undermine the social fabric and vitality of our state,” said Peter Bakken, public policy coordinator for the group in Sun Prairie, a suburb of Madison.