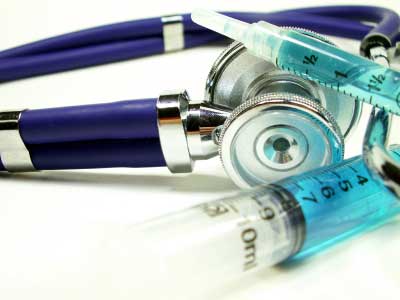 Thanks to myriad treatment options and earlier detection techniques, the diagnosis of “cancer” is not necessarily an eminent death sentence. Similarly, a treatable cancer diagnosis doesn’t preclude an individual from obtaining life insurance.

Roger Palmer, vice president of analysis for Resource Insurance Consultants in Omaha, Neb., says obtaining life insurance after a cancer diagnosis is possible depending on the situation.

While an individual with a terminal diagnosis would not be eligible for traditional or high-risk insurance, someone with a prognosis for recovery would likely be insurable. The longer the individual remains cancer-free, the lower the rate will be.

“If an individual can go five years without a recurrence, their rates could be pretty close to standard,” Palmer says. The experts agree.

Many types of cancer in individuals is insurable as long as it is not a far advanced cancer or an incurable one, said Craig Davidson, Senior Medical Director, for The Hartford.

“In some instances, an applicant may have to wait a few years to qualify, while others can qualify for insurance right after completion of their treatment,” Davidson said. Examples of the latter include early stage breast cancer or prostate cancer.

There is no set window of time an individual must remain cancer-free, however the longer an individual goes without a recurrence the better their rates.

“Applicants with cancers that are generally not lethal, like many non-melanoma skin cancers, can frequently be offered insurance without any postpone period,” Davidson said.

Davidson said there is no standard percentage rating for someone with cancer.

Insurability depends on the type of cancer, the grade or invasiveness of the cell type and stage or what dimension and spread of the cancer, the adequacy of treatment, and the time frame since diagnosis and treatment.

“Some individuals may be offered the same rate as those who have never had cancer, if they have a good prognosis,” Davidson said. “Others may be charged a higher rate if there is a greater likelihood of recurrence.”

Cost to the individual with cancer is based on how favorable a prognosis that individual has, not on what type of cancer. Davidson said when looking at two early stage cancers, for example a skin cancer and an early bladder cancer, with the same prognosis the insurance rates would be the same.

Thanks to tremendous success in survival rates for many cancer victims, availability of life insurance to those individuals has greatly improved in recent years.

The fight against breast cancer has had similar success for some early stage cancers, allowing standard rates to be offered as well, he said.

“There are many cancers that if caught early can allow the individual to qualify for life insurance,” Davidson said. “To qualify the applicant must have curative treatment and regular cancer follow up as recommended by his physician.”