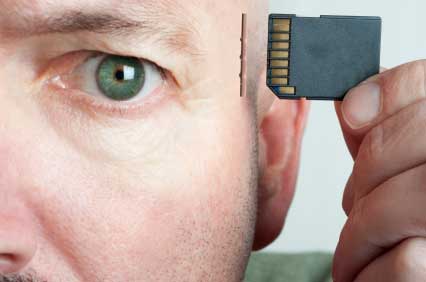 Alzheimer’s is a progressive disease of the brain that strips its victim of the ability to communicate, perform simple tasks and remember loved ones. It causes behaviorial problems and eventually renders the victim unable to speak or control movement. It is always fatal with no known cure, according to the Alzheimer’s Association.

Despite the bleak prognosis, it is possible to get life insurance after diagnosis but it will come at a premium price, depending on the severity, according to Ryan Pinney, a brokerage director with Pinney Insurance Center Inc. in Roseville, Calif.

“From an insurance company’s perspective, we look at the prognosis of the disease and the progression,” said Pinney. “A person may have a very mild form of the disease, and with medication can survive many years.”

Alzheimer’s usually strikes the elderly, with 5.1 million Americans age 65 and older who currently have the disease, according to the Alzheimer’s Association. It affects more women than men, but only because women live longer, not because gender is a factor. And the number of people who have Alzheimer’s is expected to grow as the baby boomers age, the association reports.

It also affects a smaller number of younger people. About 200,000 people in their 30s, 40s and 50s have early-onset Alzheimer’s, which has the same symptoms and prognosis as Alzheimer’s. Mayo Clinic reports that it’s very uncommon for people to develop the disease in their 30s or 40s, and it’s far more common to see it develop in people who are in their 50s. Early-onset Alzheimer’s often runs in the family and is linked to three genes.

Pinney says anyone with Alzheimer’s will be rated, but have no possibility of getting the less expensive preferred plus, preferred or even standard policies. He says those with early-onset Alzheimer’s would have a more difficult time getting insurance than older persons because there are different pricing models for those who are thirty years old.

“A younger client’s typical pricing is not as expensive as that of an older person because they tend to live longer. This is not built into our pricing guidelines,” said Pinney. “Table ratings take care of this, but at a certain point insurance companies may say it is not worth it to insure that person.”

Pinney says insurance companies have about 12 to 16 tables on which they rate clients before declining them, each of which is a certain percentage more expensive than the standard rate. He says someone with a very mild form of Alzheimer’s that is progressing slowly would be given a Table-2 rating—at the very least. A Table-2 rating would cost 50 to 100 percent more than a standard policy ($150 to $200 compared to $100 per month). If the disease has progressed to the mid-range, the person would be rated at Table 4 to 6, which would cost 200 to 400 percent higher.

“If the disease becomes more severe, the person could be rated at Table 8 or higher, with a 400 percent to 800 percent increase in premiums,” said Pinney. “Some companies will go as high as Table 16, but most would decline a person at that point.”

He says most insurance companies will wait six months to a year after diagnosis before considering someone and will look at the client’s medical records, including use of medications, when determining their rating.

He says potential clients would be asked medical questions such as whether there is a history of certain medial problems in the family, including Alzheimer’s. Healthy people in their 20s with a family history of early-onset Alzheimer’s would have that information included in their rating.

“They wouldn’t get preferred best, but perhaps preferred or standard,” Pinney says.

In early onset Alzheimer’s symptoms begin to appear before age 60, even as young as 30 or 40. Similar to late-onset Alzheimer’s, these are some of the signs to look for, according to the Cleveland Clinic.