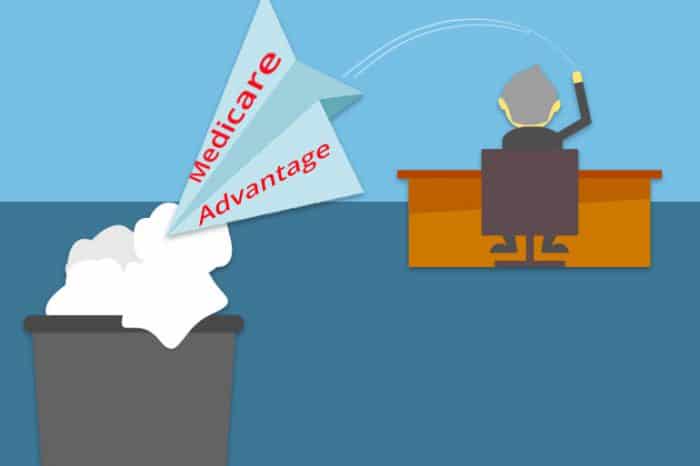 Sol Shipotow expected to keep the doctor who treats his serious eye condition when he enrolled in a new Medicare Advantage health plan earlier this year.

“That turned out not to be so,” said Shipotow, 83, who lives in Bensalem, Pa.

Shipotow stated that he had to scramble to get back on a health plan that he could afford and that his long-term eye specialist would accept. “You really need to understand your policy,” he said. “I mistook it for the same coverage.”

Those in favor argue that privately run Medicare Advantage plans, which enroll roughly one-third of all Medicare beneficiaries, provide good value. They work to keep patients healthy by coordinating their medical care via cost-effective networks of doctors and hospitals.

However, some critics argue that the plans are risky for seniors in poor or declining health, as well as those like Shipotow who need to see specialists but frequently face barriers to access.

A recent report by the Government Accountability Office, Congress’ auditing arm, adds weight to criticisms that some health plans may penalize sicker patients.

The GAO report, released this spring, examined 126 Medicare Advantage plans and discovered that 35 of them had a disproportionately high number of sicker people leaving. Patients cited access to “preferred doctors and hospitals” or other medical care as one of the primary reasons for leaving.

“People who are sicker are much more likely to leave (Medicare Advantage plans) than people who are healthier,” James Cosgrove, director of the GAO’s health care analysis, said in explaining the research.

According to David Lipschutz, an attorney at the Center for Medicare Advocacy, the GAO findings are concerning and should prompt increased government oversight.

“A Medicare Advantage plan sponsor does not have an evergreen right to participate in and profit from the Medicare program, particularly if it is providing poor care,” Lipschutz says.

The GAO did not identify the 35 health plans, but it urged federal health officials to consider a large exodus from a plan as a possible indicator of poor care. According to the report, the majority of the 35 health plans were relatively small, with 15,000 or fewer members, and had received poor ratings on other government quality measures. According to the GAO, one in every five patients left two dozen plans in 2014, a much higher rate than usual.

Medicare Advantage plans now serve over 19 million patients and are expected to grow as an unprecedented number of baby boomers reach retirement age.

According to Kristine Grow, a spokeswoman for the industry trade group America’s Health Insurance Plans, Medicare Advantage continues to grow because most people who sign up are satisfied with the care they receive.

She claims that in the GAO study, patients mostly switched from one health plan to another because they got a better deal, either through cheaper or more comprehensive coverage.

Grow claims that many Medicare Advantage plans provide members with additional benefits not provided by standard Medicare, such as fitness club memberships or vision or dental care, and that they do a better job of coordinating medical care to keep people active and out of hospitals.

“We have to remember these are plans working hard to deliver the best care they can,” Grow says. Insurers compete vigorously for business and “want to keep members for the long term,” she adds.

Some seniors, fearful of future problems, opt for traditional Medicare coverage. Marcy Grupp, a Pittsburgh resident, says she considered Medicare Advantage plans but was concerned that she might need orthopedic or other specialized health care and wanted the freedom to visit any doctor or hospital. She chose standard Medicare coverage and purchased a “Medigap” policy to cover any uncovered costs.

“Everything is already in place,” says Grupp, a 65-year-old former administrative assistant.

The GAO report on Medicare Advantage comes at a time when federal officials are increasing fines and other penalties for errant health plans.

For example, the federal Centers for Medicare & Medicaid Services fined 10 Medicare Advantage health plans a total of more than $4.1 million in the first two months of this year for alleged misconduct that “delayed or denied access” to covered benefits, mostly prescription drugs.

According to government records, in some of these cases, health plans overcharged patients for drugs or failed to inform them of their right to appeal denials of medical services. More penalties, according to industry observers, are on the way.

A flurry of whistleblower lawsuits has also emerged. In late May, Freedom Health, a Florida Medicare Advantage insurer, agreed to pay nearly $32 million to settle allegations that it exaggerated the severity of some patients’ illnesses in order to increase profits while eliminating others who were expensive to treat.

According to the whistleblower suit, Freedom Health allegedly kept a list of some “unprofitable” patients who were discouraged from remaining in the health plan, while encouraging healthier, “more profitable” members to stay. Health plans are not allowed to discriminate against people based on their health, according to federal regulations.

When asked for comment by Kaiser Health News, Freedom Health corporate counsel Bijal Patel sent an email that said, in part, “We agreed to resolve the case so that we can continue to focus on providing excellent care.”

According to Casey Schwarz of the Medicare Rights Center, a consumer service organization, health plans are required to have a formal process in place for patients to appeal denials of medical services. Patients, she believes, should be aware of their rights and assert them.

“We want people to vote with their feet and leave plans not serving them,” Schwarz says.