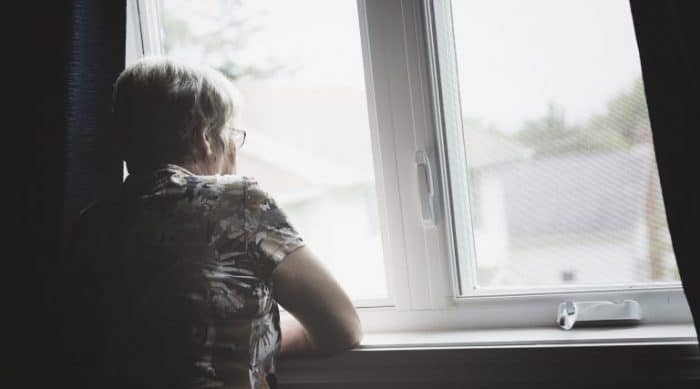 It is important to understand that resisting help in the form of home health care can lead to great danger. As he spoke to a social worker about being discharged from the hospital, the 84-year-old man was adamant: he didn’t want anyone coming into his home, and he didn’t think he needed any help.

As a result, the social worker canceled a request for home health care services. And the patient returned to his apartment with no plans for follow-up care.

When his daughter, Lisa Winstel, discovered what had happened, she was enraged. She’d spent a long time trying to persuade her father that a few weeks of domestic help was a good idea. She’d also asked the social worker to contact her if there were any issues.

According to a new report, as many as 28 percent of patients offered home health care when they are being discharged from a hospital — mostly older adults — say “no” to those services.

Understanding why this occurs and what can be done about it is critical — part of becoming more knowledgeable about aging.

So, why do seniors refuse to accept this assistance?

“There are a lot of misperceptions about what home health care is,” said Carol Levine, director of the United Hospital Fund’s Families and Health Care Project, a sponsor of the new report.

Home health care services are available through Medicare for older adults who are homebound and require intermittent skilled care from a nurse, physical therapist, or speech therapist, among other medical providers.

These services typically last four to six weeks after a hospitalization, with a nurse visiting several times per week. Some patients receive them for much longer periods of time.

Many seniors and caregivers confuse home health care with “home care” provided by aides who assist people with showering and dressing, as well as cook, clean, and provide companionship. The two types of services are not interchangeable: Medical professionals provide home health care; home care does not. Home care is not, for the most part, covered by Medicare.

This was the error made by Winstel’s father. He mistook an offer for an aide to come to his apartment every day for several hours. “I don’t want a babysitter,” he complained to Winstel, the Caregiver Action Network’s chief operating officer.

This elderly man, like many other seniors, was proud of his independence and did not want to become dependent on anyone.

“Older adults are quite concerned about their independence, and they worry that this might be the first step in someone trying to take that away,” said Dr. Leslie Kernisan, a San Francisco geriatrician and creator of the website Better Health While Aging.

Other reasons for refusals include seniors viewing their homes as sacred spaces and not wanting strangers invading their privacy. They believe they are doing well and have unrealistic expectations of what recovering from a hospitalization will entail.

Or there are situations at home — perhaps hoarding or physical neglect — that an elderly person does not want others to see. Or the patient’s cognition is impaired, and he is unaware of his own needs or limitations. Or perhaps cost is an issue.

A breakdown in communication is frequently to blame. Patients have not been informed in clear and concrete terms about which services will be provided, by whom, for how long, how much it will cost, and what the expected benefit will be. As a result, they don’t know what they’re getting themselves into, which leads to resistance, according to Rosati.

Kathy Bowles, director of the Visiting Nurse Service of New York’s Center for Home Care Policy & Research, suggests a straightforward, positive approach to conveying this information. “A nurse will check your medications and make sure they’re all in order,” for example. She will determine whether you require physical therapy to help you regain your strength. And she’ll teach you and your family members how to care for yourself after home care is finished.”

“A lot of resistance arises from pride,” said Bowles, also a professor of nursing excellence at the University of Pennsylvania. “The conversation has to change from ‘Look, we think you really need help,’ to ‘We want to help you take care of yourself.’ ”

It can also be beneficial to emphasize that a physician has recommended home health care. “In my experience, people are fairly responsive if a doctor says, ‘I’d like a nurse to come see you and check that you’re feeling better,'” Kernisan said.

Instead of arguing with an older adult who says, “I don’t want any help,” try asking, “Tell me more.” “What exactly are you worried about?” Kernisan proposed. “People want to feel heard and validated, not lectured to.”

This is not to say that convincing an elderly person to accept unwanted assistance is simple. It isn’t.

Winstel’s father underwent an outpatient procedure last year to have a medical device implanted in his spine to relieve pain from spinal stenosis. He declined postoperative assistance once more.

Winstel received a phone call two days later from her father, who had collapsed and was unable to get up from the floor. Winstel stated that she would dial 911. “No, I don’t want someone coming in and finding me like this,” her father insisted. “You must come.”

Doctors later diagnosed an adverse medication reaction and a surgical site infection on her father’s back at the hospital. “He lives by himself. He is unable to reach back there. “He wasn’t properly caring for the wound,” Winstel explained.

Extensive, heated discussions ensued, during which her father insisted he would never change. “For him, living independently entails risks that he is willing to accept,” Winstel said.

She hopes that the new report on seniors who refuse home health care will spark a discussion about how to involve caregivers in the process and how recommendations should be communicated. “As the daughter of someone who has refused care, knowing that this is something that many people go through makes me feel less crazy,” Winstel said.