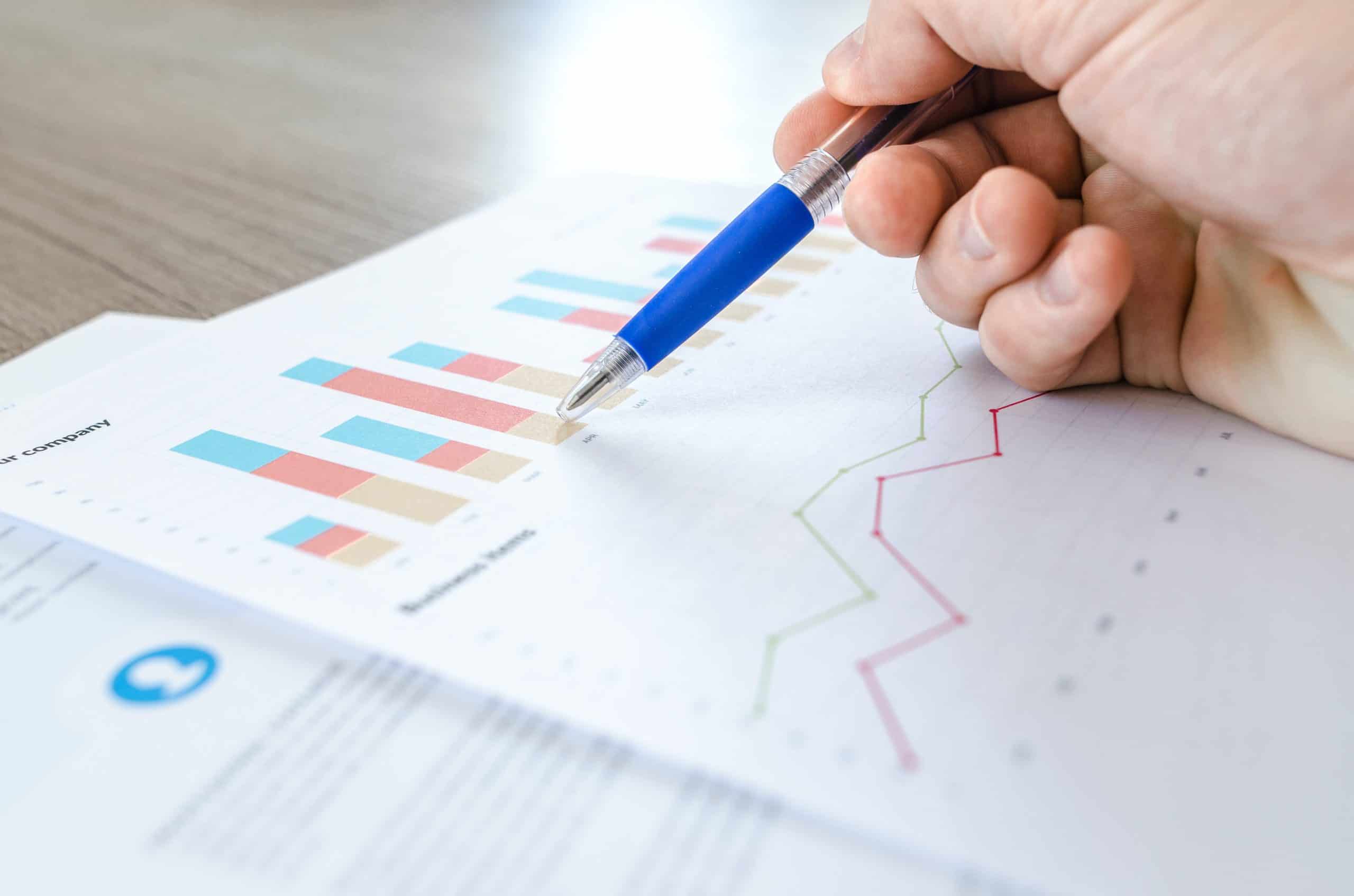 To serve the best interests of their clients, as well as to protect themselves from potential malpractice claims, planners should research insurance companies using an analytical methodology similar to the due diligence process required for limited partnership and similar investments.

This process should include essentially three steps:

1. An assessment of the company’s rating by the major rating services

3. A review of recent trends for various “indicative” tests of profitability, leverage, and liquidity

In the past, a rating of A+ or A from A.M. Best or a similar rating from one of the other rating agencies was usually considered satisfactory evidence of a company’s financial strength. However, because many companies are not rated by these agencies and recent history has shown that even A rated (“Excellent”) companies have faced financial difficulties, relying on the company’s rating alone is insufficient.2

For some years, the A.M. Best Company was the only player in the life insurance company rating business. Four other major financial rating companies now provide a similar service—Moody’s, Standard & Poor’s, Fitch, and Weiss Ratings. Each of these companies provide extensive reports on company operations and related statistics as well as letter rating classifications. In addition, the National Association of Insurance Commissioners (NAIC) has developed the Insurance Regulatory Information System (IRIS) to assist state insurance departments in overseeing the financial condition of insurance companies.

Best’s Insurance Reports provides one-year assessments of each company’s financial situation and Best’s letter credit ratings. The objective of Best’s rating system is to provide an opinion concerning a company’s relative financial strength as well as the company’s ability to meet its contractual obligations by reviewing factors that can impact the company’s performance. The letter ratings are intended to categorize each company with respect to its claims-paying ability. The letter ratings range from A++ to F. Some companies are not rated because of their relative newness in the market.

Companies that are not assigned ratings by Best are given

one of five “Not Rated” (NR) designations:

As a first level of review, planners should favor companies that have received at least an A+ rating for a number of years (e.g., ten years). Traditionally, many commentators have recommended avoiding companies with a ranking lower than A. Best also ranks companies according to financial size categories (FSC) from I through XV. This designation is based on the company’s size as determined by capital, surplus, and conditional reserve funds ranging from under $1 million to $2,000 million and above. Although the larger companies do not necessarily have the best products, they may be more capable of weathering adverse mortality experience, market changes, and other financial or economic fluctuations than smaller companies.

Moody’s Investors Service assigns “financial strength ratings” to life insurance companies that range from Aaa (the highest) to C (the lowest). In rating life insurers on a stand-alone basis, Moody’s focuses on both qualitative and quantitative characteristics in the following areas:

The fee Moody’s charges a company to be included in its rating service can be substantial. As a result of the relatively high rating fees, Moody’s rates a limited, self-selected universe of companies that would probably not choose to be rated if they did not expect high ratings. Consequently, almost no companies are rated lower than Ba2. Differences in the numerical ranking order of Best’s and Moody’s (e.g., the highest ranking from one company versus the third highest ranking from another) should be a red flag indicating that the company’s financials should be given especially close scrutiny.

In 2006, Fitch Ratings introduced a new rating methodology supporting the new insurance capital model they call Prism. “Fitch believes that the knowledge it has gained in developing the Prism model gives it an advantage in interpreting insurers’ own capital models, which will allow the agency to better incorporate in-house models into its rating conclusions, alongside Prism.”

Fitch’s Insurer Financial Strength (IFS) Rating provides an assessment of the financial strength of an insurance organization. The IFS Rating is assigned to the insurance company’s policyholder obligations, including assumed reinsurance obligations and contract holder obligations, such as guaranteed investment contracts. The IFS Rating reflects both the ability of the insurer to meet these obligations on a timely basis, and expected recoveries received by claimants in the event the insurer stops making payments or payments are interrupted, due to either the failure of the insurer or some form of regulatory intervention. In the context of the IFS Rating, the timeliness of payments is considered relative to both contract and/or policy terms but also recognizes the possibility of reasonable delays caused by circumstances common to the insurance industry, including claims reviews, fraud investigations and coverage disputes.

Expected recoveries are based on the agency’s assessments of the sufficiency of an insurance company’s assets to fund policyholder obligations, in a scenario in which payments have ceased or been interrupted. Accordingly, expected recoveries exclude the impact of recoveries obtained from any government-sponsored guaranty or policyholder protection funds. Expected recoveries also exclude the impact of collateralization or security, such as letters of credit or trusteed assets, supporting select reinsurance obligations. The IFS Rating does not address the quality of an insurer’s claims handling services or the relative value of products sold.

Similar to Moody’s, Fitch charges insurance companies substantial fees to be included in their rating service. But if a relative ranking differs from the ranking provided by Best’s or Moody’s, it is an indication that the planner should look more closely at other indicators of the company’s financial condition.

As of May 2007, Standard and Poor’s Corporation updated the way it assesses the capital adequacy of insurance companies worldwide. With all the charges having been reviewed and updated there has been some impact to the model results on capital adequacy. The materiality of these changes depend on the risk profile of the company in question and how well it seeks to manage its risks relative to its capital.

As with both Moody’s and Fitch’s ratings, it appears that basically only the better companies are willing to pay the substantial fee to be included in S&P’s rating listings. The relatively high ratings may also reflect the fact that companies are permitted to withdraw from the S&P listing if they find S&P’s rating unacceptable.

In addition, S&P provides a system of “qualified solvency ratings,” its “pi (for “public information”) ratings for insurance companies. In contrast with the claims-paying ability rating service that requires the cooperation of the insurance company’s management and access to proprietary company information, the “pi” rating is a mechanical rating system based solely on public information from financial statements filed with state regulators.

Qualified solvency ratings are issued for each company that is in the NAIC database of public filings for insurance companies and that does not have an S&P claims-paying ability rating.

The qualified solvency rating system was developed in order to provide some financial stability rankings to the public for companies that do not choose to pay to be listed in the claims-paying ability rating service.

Companies are assigned to one of three broad categories:

Weiss Ratings has its own proprietary rating system that tracks the financial safety of approximately 875 U.S. life and annuity insurance companies (about 1700, including health insurers) each and every quarter, which, in contrast with the other services, is almost exclusively dependent on publicly available information collected by the National Association of Insurance Commissioners (NAIC), and supplemented by data Weiss collects from the insurance companies themselves.

Weiss Ratings are assigned for life, health, and annuity insurance companies based on a complex analysis of hundreds of factors that are synthesized into a series of indexes: capitalization, investment safety, profitability, liquidity, and stability. These indexes are then used to arrive at a letter grade rating. A good rating requires consistency across all indexes. A weak score on any one index can result in a low rating, as insolvency can be caused by any one of a number of factors, such as inadequate capital, unpredictable claims experience, poor liquidity, speculative investments, inadequate reserving, or consistent operating losses.

The primary components of the Weiss Financial Strength Rating are as follows:

Capitalization Index gauges capital adequacy in terms of each insurer’s ability to handle a variety of business and economic scenarios as they may impact investment performance, claims experience, persistency, and market position. The index combines two Risk-Adjusted Capital ratios as well as a leverage test that examines pricing risk.

Investment Safety Index measures the exposure of the company’s investment portfolio to loss of principaland/or income due to default and market risks. Each investment area is rated by a factor that takes into consideration both quality and liquidity. This factor is measured as a separate index only for life, health, and annuity insurers.

Profitability Index measures the soundness of the company’s operations and the contribution of profits to the company’s financial strength.

The profitability index is a composite of five subfactors:

1) gain or loss on Operations;

3) impact of operating results on surplus;

4) adequacy of investment income as compared to the needs of policy reserves (L&H companies only); and

5) expenses in relation to industry norms for the types of policies that the company offers.

Liquidity Index values a company’s ability to raise the necessary cash to settle claims and honor cash withdrawal obligations. We model various cash flow scenarios, applying liquidity tests to determine how the company might fare in the event of an unexpected spike in claims and/or a run on policy surrenders.

Stability Index integrates a number of subfactors that affect consistency (or lack thereof) in maintaining financial strength over time. These subfactors will vary depending on the type of insurance company being evaluated but may include such things as:

1) risk diversification in terms of company size, group size, number of policies in force, types of policies written, and use of reinsurance;

2) deterioration of operations as reported in critical asset, liability, income and expense items, such as surrender rates and premium volume;

4) former problem areas where, despite recent improvement, the company has yet to establish a record of stable performance over a suitable period of time;

5) a substantial shift in the company’s operations;

6) potential instabilities such as reinsurance quality, asset/liability matching, and sources of capital; and

7) relationships with holding companies and affiliates.

Unique to Weiss’s statistical analysis is a measure of how well each insurer would fare, given their financial position today, in “average” and “severe” recessions. Companies with considerable liquidity and low-risk investments are rated higher than companies with less liquidity or less secure investments that might have to drop a weak product line or upgrade the quality of financial assets to weather a financial crisis.

In general, the Weiss ratings have been much more severe than those of the other rating services. They have tended to rate insurers lower, sometimes much more so, than their competitors. Weiss ratings tend to look like a typical academic bell curve. Only a small portion earns an A or B rating, reflecting “excellent” or “good” financial health. The largest portion of the companies rated fall into the C (average/fair) range. Unlike the same grade from the other rating services, a C from Weiss may not be that bad a grade. The last portion of companies rated get D (weak), E (very weak), or F (failed) grades. The companies that get a B+ or better grade earn a spot on Weiss’ list of companies that are recommended for safety.

Given Weiss’s much more conservative ratings compared to the ratings given by the other rating services, it would seem that companies with high ratings from Weiss are the most secure companies. However, Weiss uses less information in making its rankings than the other services. In addition, it does not consider the quality and history of management to avoid financial crisis when overall economic conditions turn sour.